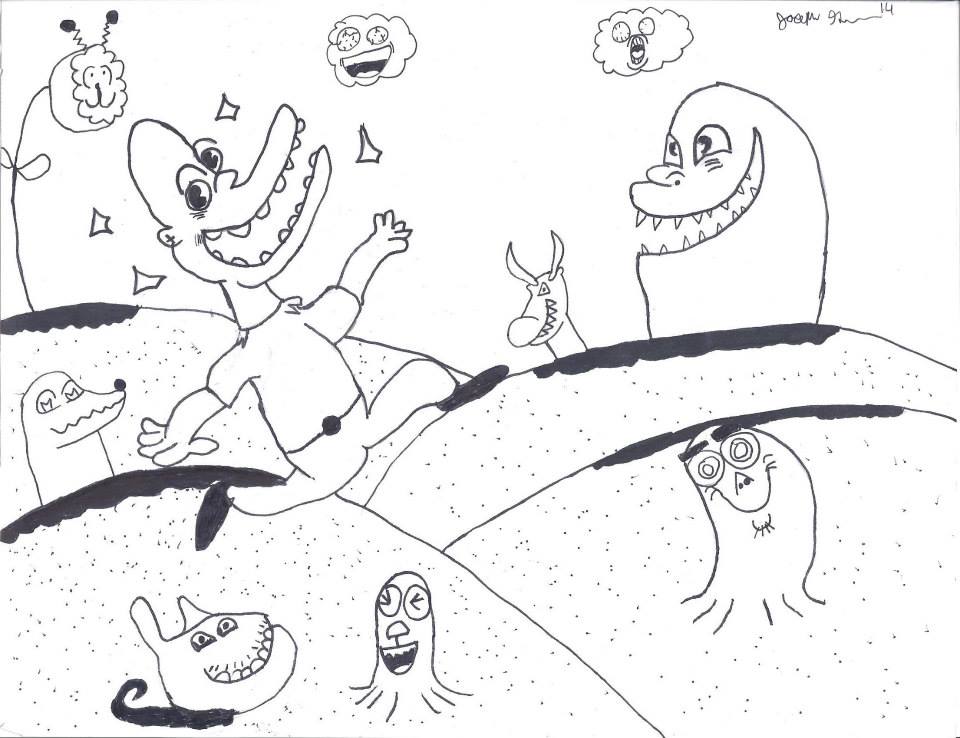 My mom and dad taught me not to laugh

at other people because “it’s not nice.”

But when I learned of your great misfortune earlier this afternoon

while my cousin and I dined at our favorite restaurant,
I laughed with so much enthusiasm and satisfaction that
the salt and pepper shakers
and the upside-down ketchup bottle
shivered and shook until they toppled onto their sides.

Soon my cousin began to laugh.

snowflakes still sticking to their gloves and winter hats.

We laughed in unison for hours until I bid everyone farewell

with a wave of my hand and a wink in my eye that, come to think

of it, would’ve made my parents so full of pride and disgust they

wouldn’t have been able to tell the difference between the two.

Kayla Pongrac is an avid writer, reader, tea drinker, and record spinner. Her work has been published or is forthcoming in Vinyl Poetry, Split Lip Magazine, Oblong, HOOT, KYSO Flash, and Nat. Brut, among others. Her first chapbook is forthcoming in 2015 from Anchor and Plume Press. To read more of Kayla’s work, visit www.kaylapongrac.com or follow her on Twitter @KP_the_Promisee.