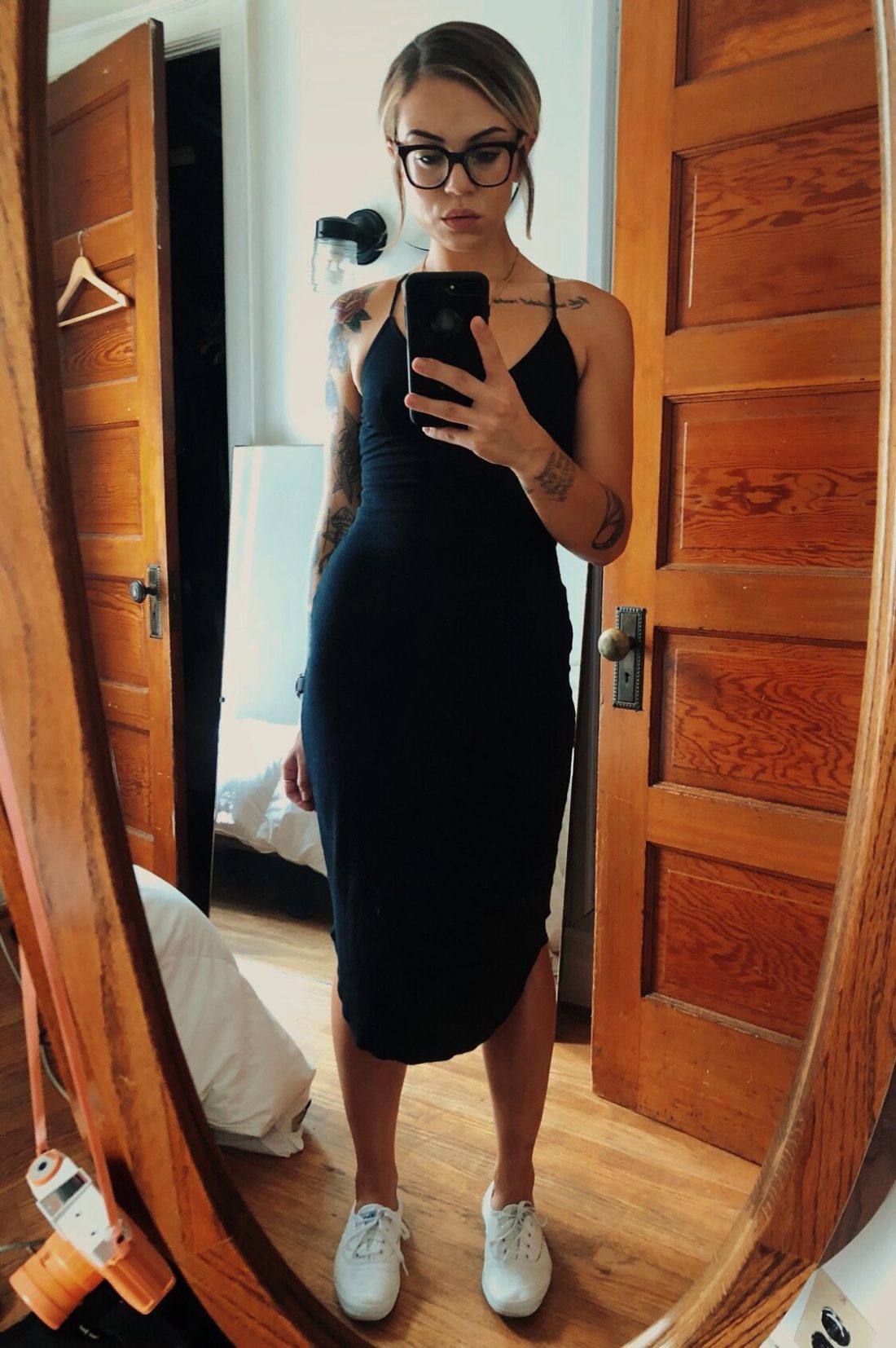 Bee Walsh is never quite sure where she grew up, but when asked, she tells people New York City, the Bronx. She moved around every six months to a year as a child, totaling around 60 times over her life. Being born and bred in a city lends itself to it’s residents being unaware of what the rest of the country is like. She decided to attend university in Western New York, at SUNY Fredonia, where she studied English and International Studies. While there, she studied at the University College Cork in Co. Cork, Ireland. It was in Cork that remembered what it was like to write like your life depended on it, and she hasn’t let up since. These days, Bee lives in Buffalo, NY, preparing to apply for a PhD in English at the University of Buffalo. Having just moved back to WNY about two months ago, she’s been focusing on inundating herself in the literary community, and thus far, she’s doing just that. She recently started a visiting poet program with writer and two of Buffalo’s National Slam Team members, Ben Brindise and Skylrr Jaye. They’re focusing on making Buffalo a destination for writers by pairing events with features at open mics, and using their loudest voices and best resources to get the attention of anyone who will listen to participate. Bee has also begun volunteering at the Just Buffalo Literary Center, working with young adults and teens on their writing. She hopes to soon apply to be one of their Teaching Artists, as well. In addition to her work in the literary community of her new home, Bee is also the Poetry Editor of the UK-based literary magazine, Synaesthesia. The team has just finished reading for their 20th issue, “Short Shorts” that will be coming out in November.
Bee was once asked to describe herself in a group setting and listed off a series of sights and sounds that elevate her heart rate, as if the people in the room might learn about who she is by what she loves. They did not, try as she might. Megan Falley once asked her, “how do you love” and she realized she had been answering the question wrong her entire life.
When Bee is writing, she thinks a lot about a line from a Fall Out Boy song that goes, “I love you in the same way there’s a chapel in a hospital.” Poetry is like that, a prayer she’s not expecting to be answered. When Bee is reading poetry, she wants to be a different person when she’s done reading a piece, which she doesn’t think is too much to ask. She wants words to get stuck under her tongue. She wants to be a little upset that she didn’t write it herself, but then instantly grateful that someone else did and chose to share it with her.
Most of what she’s been reading lately is the work coming out of the writers in Buffalo, as well as the work coming from the young adults at the Just Buffalo Literary Center. She moved back to Buffalo almost two months and still hasn’t unpacked her boxes of books (there are just too many) so she’s been reading what she finds on people’s bookshelves, at book stores, online, in Little Free Libraries, and in boxes on the side of the road.
Website: beewalsh.com
Instagram: itslikethebug
Synaesthesia: synaesthesiamagazine.com
Tweet
Share12
Share
Reddit
Email
WhatsApp
Pin