What Have We Done | Hair Trigger 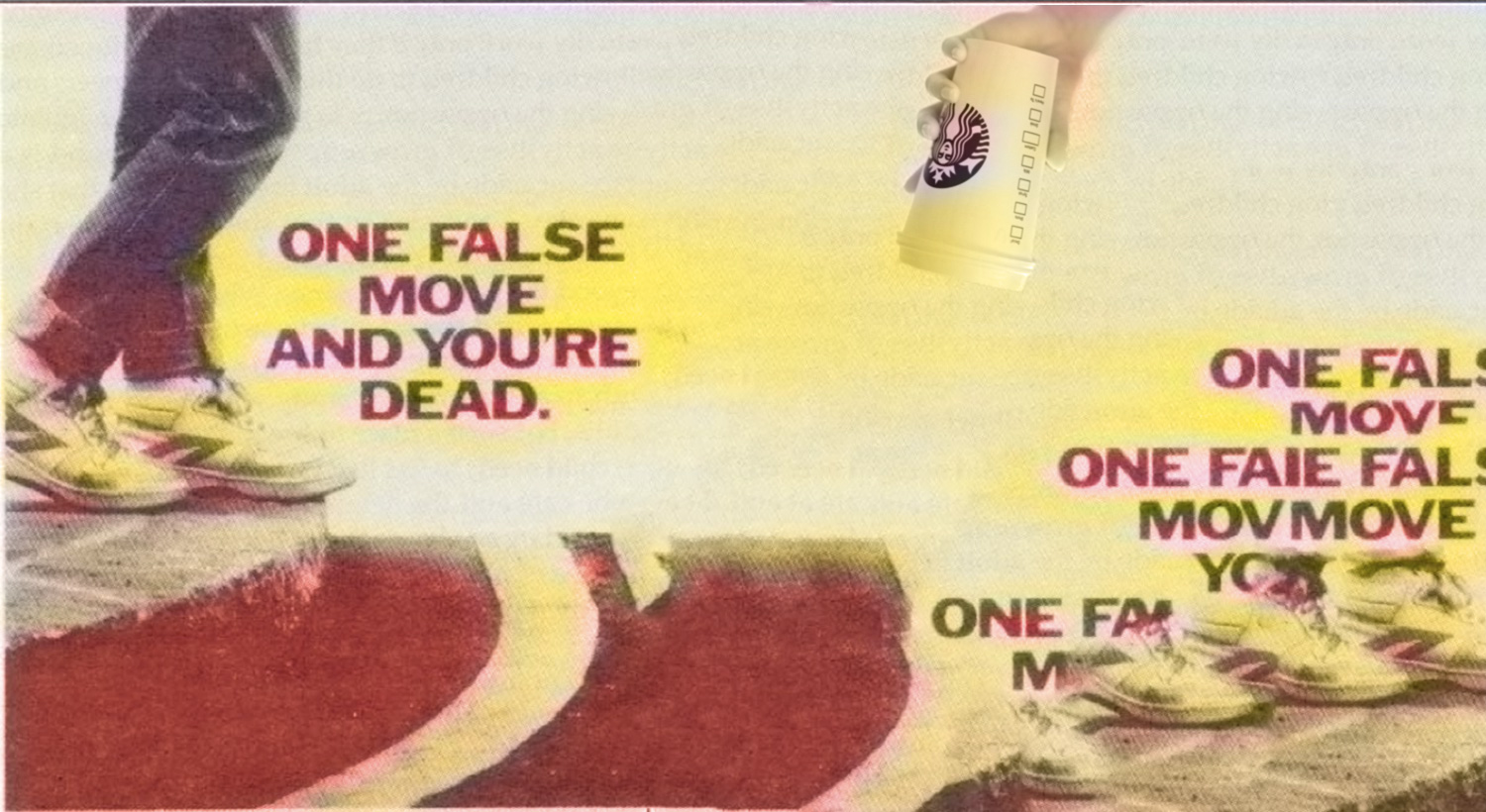 We have known each other for eight years, spending the latter four of them in some sort of romantically charged friendship. A few weeks ago we met up for the first time in a long while. We ordered coffee and at the last minute I awkwardly offered to buy it. She accepted, and I played it off obnoxiously. We try to avoid upsetting the balance of our relationship, even in small ways.

We picked up our coffee and walked to the park that we and everyone else who has ever lived in this city knows is the obvious place to go.

We sat down in the middle of somewhere and I put down my coffee in the grass. I put it down as far away as I could reach — so I wouldn’t accidentally push it over.

I’ve been reading The Gift of Fear. It’s a book about fear and how useful it can be. It’s also about violence. Gavin de Becker, the author, presents himself as a consultant to help people avoid violence, for celebrities, politicians, and ordinary people. He talks about fear, yes, but also the psychology of killers, assassins, domestic violence perpetrators. Above all he justifies one statement: violence can be predicted. You just have to watch for the signs.

A few months ago I read an article on affect regulation. I learned something very important.

We sat there for several hours, so long that I ended up getting sunburn — which I am usually very good at avoiding. We talked a lot, about our various romantic relationships, careers, genders, and eventually about ourselves and each other.

When we stood up to say our goodbyes, I looked around for my coffee cup and was surprised to find it sitting much farther away than I expected. Indeed — it was on entirely the opposite side from where I’d left it.

Affect regulation is the process by which we use other people to soothe our anxieties. Let’s say you drop your phone and crack the screen (you only recently got it fixed). This makes you anxious, so through the spiderweb tears you text your friend telling him what an idiot you are for dropping your phone twice in as many months.

He texts back immediately. “i don’t really trust anyone with an intact iphone screen anyway”. It doesn’t make sense to feel better, but you do.

Why text him? You’re not asking for advice on what to do, and he won’t be able to do anything anyway. The communication itself is what you’re needing.

Imagine instead the scenario where he doesn’t text back at all. If you’re like me, you’ll be tempted to text again. The lack of communication then becomes the subject of my anxiety, and my impulse is to try to soothe it again by the same means: another text. And when I don’t hear back the next time, the cycle continues.

Some people wouldn’t even send the first text. They don’t want to give anyone the chance to not respond or respond badly. They learned from someone, probably their parents, that other people don’t soothe anxiety: they make it worse.

I thought back on the afternoon I spent with my friend, and on the coffee cup. She is the one that doesn’t text back. I used to be the one that sent the second, third, fourth texts. Sometimes I would get angry and say hurtful things in an attempt to get a response.

She never really responded, except for once.

I bought de Becker’s book in an attempt to learn how to avoid violence that I might encounter for being transgender. There aren’t many self-defence classes explicitly tolerant of girls like us, and I’ve always been more cognitive anyway — so I thought the book might help me predict and avoid these new dangers.

But towards the end of the book, when he talks about the psychology of the violent, I realised with more and more horror that I was learning about myself. The stalkers, the letter writers, the can’t-let-goers. These anxious obsessives, uncomfortable or unable to relate normally, slipped down the slope of adoration towards dejection, anger, violence, murder.

I remember that time very clearly. I remember the sheets on the bed I was lying in. I remember exactly what it felt like to read her response to my message. Terrible. Overwhelmingly awful. Every backlash I’d ever received for attention-seeking came back to me all at once. I re-learned an important lesson — it is far safer to direct anger inwards than outwards.

I’m sorry. I don’t think I can tell you exactly what it was I said.

Every time I moved a little closer to her, she moved a little further away. The coffee cup was in the same place as it was before, but had moved, gradually, across the surface of the park.

But it does stop at that. Since I learned all this about myself I stopped feeding my anxiety with text messages and anger, we stopped talking as much. I knew it would happen. Our preoccupied/avoidant relationship required both of us to play our roles, and when I stopped the whole apparatus slowed to a halt.

I did it for me. It was a good decision. I regret it.

I sometimes wonder how close I am to death. Not in time, but in bad decisions. Is there some candidate killer in my life right now? Are you there now? Are you reading this? How many missteps before I break that action-adventure-rickety-bridge woodworm plank underfoot? How many wrong-wire-cuts before the clock starts back-ticking?

It scared me to realise that the seeds of violence were there in me. Like so many humans before, my adoration has soured into the will to hurt. What more would it have taken?

You open the book. To your horror you realise that each page details every bad deed you have ever performed, ordered from the minor to the major. Stealing Pokémon cards, starving your pet rat so he would live longer, ██████████ ████ ██████ ████ ██████.

The least you can do is read it cover to cover. Some people, encountering their book, feel compelled to sermon from every chapter, listing to anyone who will listen each bad deed in turn, hoping for redemption through honesty. You know better. The least we can do with our worst acts is to stand to live with them on our own without begging undeserved forgiveness.

But for the rest of your days wandering this terrible library you search for your book’s twin.

One day, against all odds, you find it.

This one lists every bad deed you might have done, but didn’t. Not the kind of heinous, malicious deeds you could never imagine yourself doing — but all the ones you secretly wanted, even planned, but failed to commit.

For the truly virtuous, both books are empty. For the rest of us, both volumes have their purpose: the first to remind us of our worse nature, the second to remind us our duty to contain it.