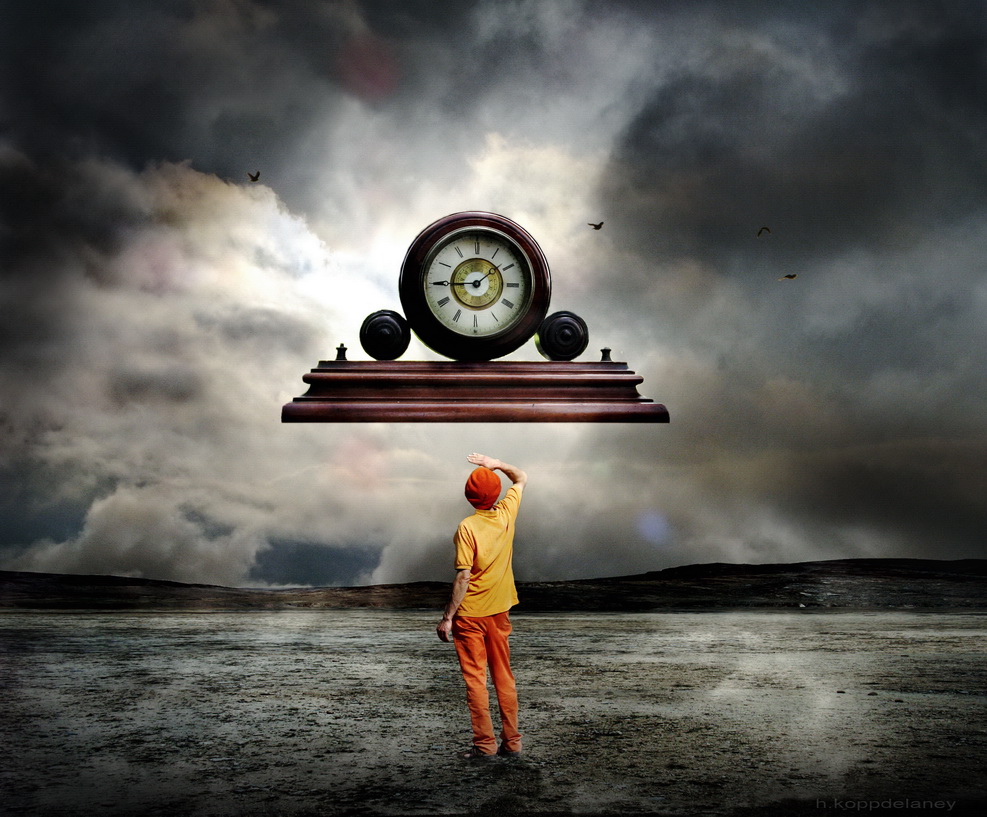 It happened just before our parents were born, back when the days were only 20 hours long. A man said to his wife, “Honey, there simply aren’t enough hours in the day!”

This man, Albert Finnegan, all of his time was spent doing the things he needed to do and never making the time do the things he wanted to do. His wife, a solemn and unsightly woman named Bernice, could have cared less. To her, time went on as it always had and always would. She was married, she had a house, and so it went.

Albert cared though, he cared too much about this idea of time. He dreamt of building model rocket ships, reading about ancient Chinese dynasty’s, learning the lute, and sparring a few rounds with the heavyweight champ Dante Lugo. All of these things took time and effort, more time than he could afford.

“If only there could be a few more hours,” he whispered aloud, “I would have time do the things I’ve put off.”

He fell asleep dreaming of a world that that didn’t end at 10pm; one that was longer and slower.

Bernice fell asleep and dreamed of toast. Not fresh toast either, the type that had been sitting out all day and was maybe still edible.

Then one day, just before our parents were born, the earth slowed down. Scientists scrambled to figure out why and after the initial thoughts of Armageddon passed, they chalked it up to a mystery of science. The only thing they knew for sure was the days now had four extra hours.

Albert rejoiced, and for the first week spent his time building model rockets, learning the lute, reading books – not yet about dynasties – but rather some of his old favorites like Wilderness Beckoning that he had read a hundred times before. With so many extra hours, he felt like anything was possible.

Then his body started adjusting to the change. He found himself sleeping longer, sometimes an hour or two more. It was fine though, he still had two hours to do anything he pleased.

But then the workday got extended a full hour. It meant more pay, but it was also an hour less to pursue his new interests.

It was still fine, there was an hour that he didn’t have before. He could divide his time up and spend fifteen minutes on each thing, or rotate days to get the full hour. There was always a work around.

Soon, our parents were born and the only life they knew was a 24-hour day. They grew up with the longer nights, the longer seasons, and the general slower passing of time.

Even the moon slowed down. It couldn’t be twisted to be full or crescent like a double helix the way it used to. Scientists could predict tides, moon cycles, and even migration patterns of seafaring animals based on how the moon was twisting. Now, it was less amiable and more serious. It stuck the slow and wholly uninteresting patterns of going from full to eclipse over the expanse of time.

Albert thought about the old days, the 20-hour days, and how his body was used to that schedule. Back then, there was less time spent sleeping and at work. Why couldn’t he have just planned his time better? Now it seemed like all this extra time was being filled with more of the same, just in longer increments.

Flash forward two generations where a young man is visiting his father over holiday.   He sleeps in the spare basement room while his girlfriend, who should be upstairs, sneaks down to be with him. Together in total darkness, they find each other and play music through the speakers of the headphones by the pillow. An album by the band Jack’s in Red plays. They’re so in love that they wish time would cease all together.

Jump eight more years in the future when the young man is now older and remembering a time when a girl would sneak into his room and they would find each other in the darkness.   This girl did not become his wife, and his wife now had never done that with him. It was not out of lack of love, but time changed their behavior into something more adult less shadowed in youthful thrill.

Leap backwards to find Albert holding his daughter. His wife is happy. She has the house, the husband, and the child. She doesn’t concern herself with time.

But Albert, he watches his daughter grow up. He kisses her on the head during the first day of school. He walks her down the aisle when she marries our father. Something isn’t right because time is broken. It’s moving too fast.

And then Albert thinks…was there ever enough time? There was so much he wanted to do but it all fell to the wayside. But why? What things filled his time so much that he couldn’t possibly sway the course?

It’s around this time, just before we are born, that Albert looks to the moon. Its cyclical nature and eternal glow will outlast us all. He thinks of men sneaking through the jungle with guns and orders long after his body is decayed. He thinks of lovers and poets lying naked beneath the sky discovering the things he already knew but the world had yet to teach them. He thinks you’re never too old to hold hands. You’re never too old to sneak into someone’s room hoping no one hears. Time hasn’t changed, only his perception of it.

He imagines his daughter, our mother, having a child who falls into the same patterns and so shortly after we are born, Albert throws himself off of a bridge.

Perhaps he knew this fate all along, that no matter how many hours were in a day, a year, or a lifetime – he’d never allow himself to have enough time because this was always how it was supposed to end. It was never why he read new books about China or played the lute more frequently. It was why his one model rocket ship still sits on his dresser gathering dust.

In the end, time is just another thing.

Somewhere in the future, I’m sitting behind my computer complaining that there aren’t enough hours in the day. I get visions of me as a younger man overlooking my grandfather’s legacy, his life’s work. I see a young girl creep into my room at night and then slowly fall out of my life.

It’s all the same.

Bernice has died too, but she lived much longer. Losing Albert was hard, but she was old enough to see that it wouldn’t get any easier even if he were still around. Bernice knew what she wanted, that old bat, and she got it.

Every night of her life until she lived no more, she dreamt about toast.

W. T. Paterson is a Chicago writer. A Pushcart Prize nominee, his work can be seen in places like Maudlin House, Farther Stars Than These, and Twisted Vine. Check out his full-length novel ‘Dark Satellites’ due out soon, or send him a tweet @WTPaterson