She Names the Cardboard Clouds 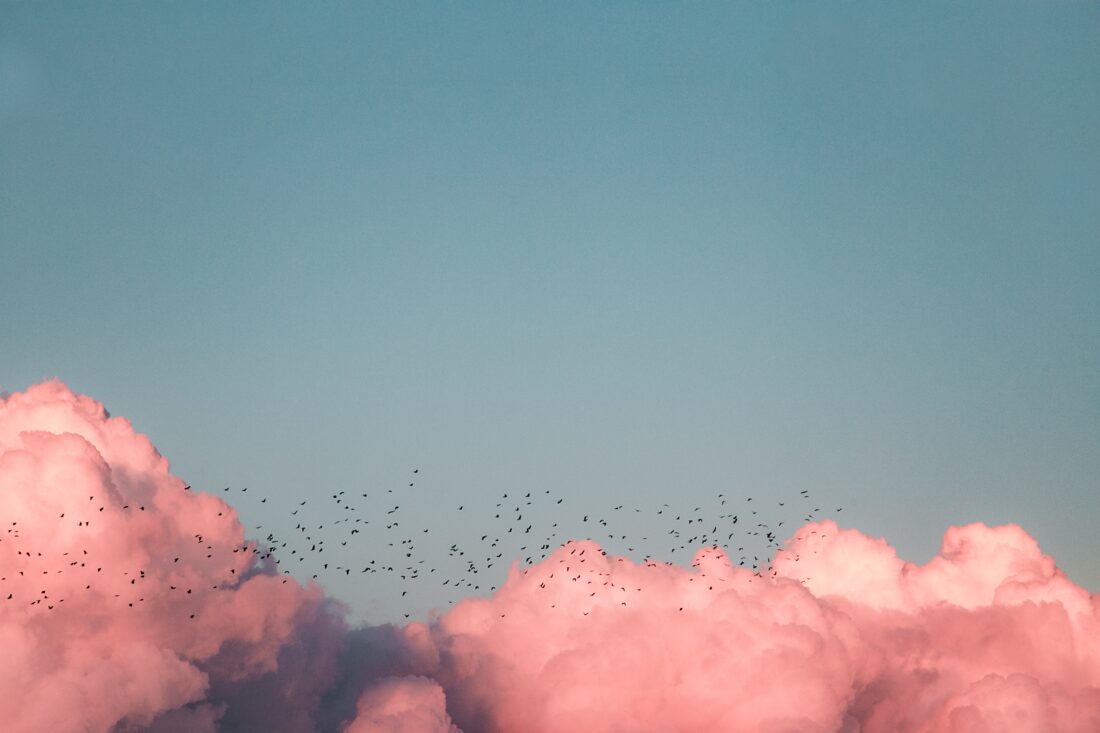 [a one-act play in prose poems]

Mid-height. White or yellow-white. Hot boxing a Kia Optima. Thickened in flat. In layers by law. Like a blanket. The blue sky is thankless. It’s empty. Our dim sun’s become a lit disk. Not a shadow to attempt to touch.

Kaleidoscopic cotton. High-height personality. Whitegray. Available in patched batches. Cloudlets made into ice cubes. These clouds are like most clouds. It won’t be long.

I’m grateful for the halo glow. The stars have purpose. Higher rates. Look, it’s smart. It’s see-through. Wispy in the wild. In thickets. Like Jupiter’s ring, its beam surrounds the sun. And also the moon.

An adaptation on how worms and ducks take up space. Low. White. Fluffy. Forty of them. Kitten translates to cauliflower. It’s a nice day. That one is like a hat. And that one is a turtle. And this is what we say.

A bedsheet thrown over the sprinkler. A dark gray face with dark black hair. Large enough puffs to get rid of the sun. To succumb to the bedding on the sofa. Water is forever. Enjoy the snow.

Jumping from chimney to chimney. Get out of the orange way of the deer. Low. 41 this time. 42. The atmosphere is sometimes weak. It gets sick. It’s a little busy with blue sky. Less than stressful. Between the clouds, it’s always been cloudy. This information should be made available.

thank you for your interest in measuring the sky – when you see a scarf, when you see a trailer, the clouds will darken – when you find yourself, ask yourself: can I reach it with a ladder? – or do I just need to weave?