Pretend Money in a Real World 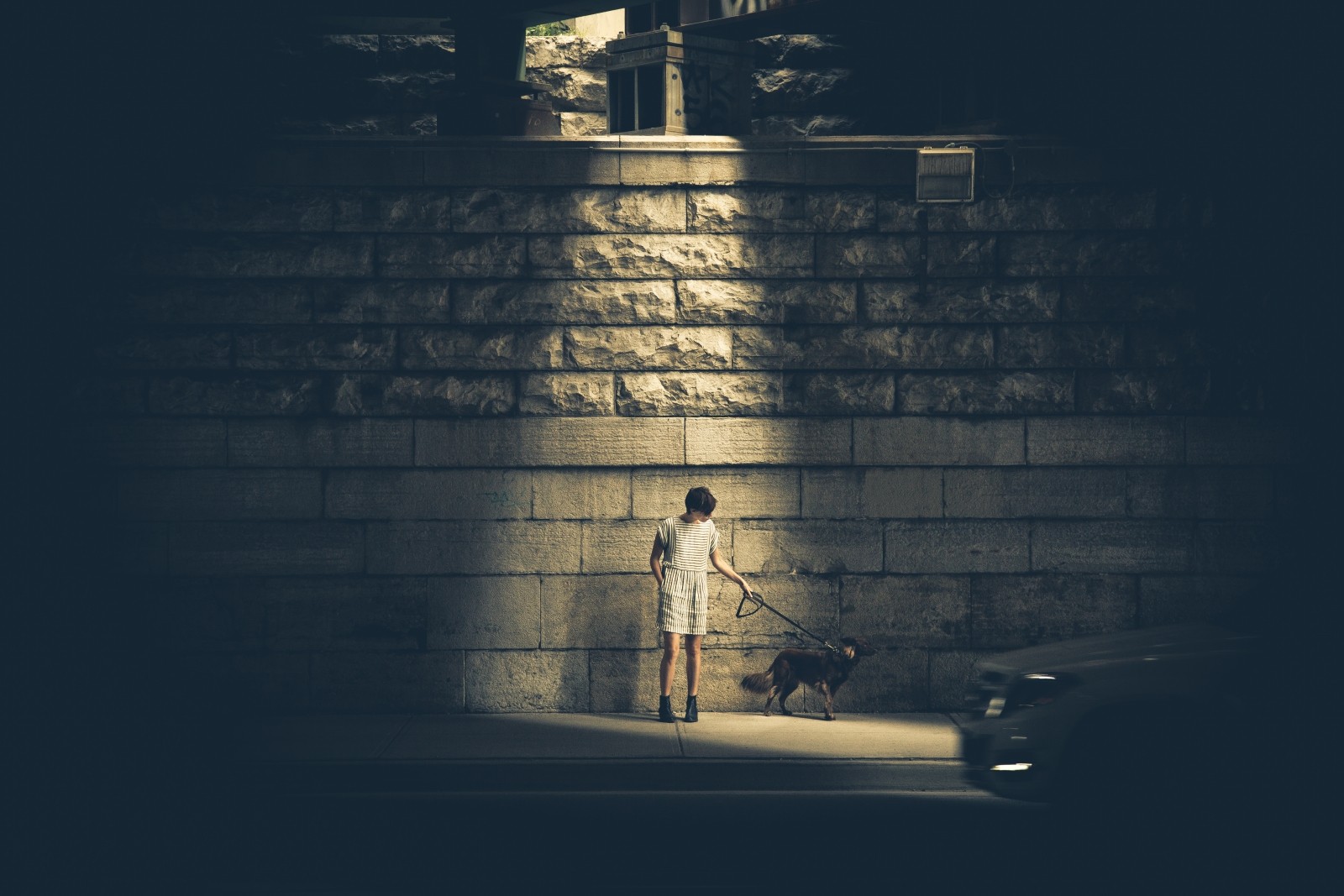 At first I didn’t think I could win. But after I got Short Line, B&Q Railroad, and Reading Railroad all at once, I became obsessed. I ate McDonald’s nearly every meal for weeks until just five days before the end of the competition, out of desperation, I put out a craigslist ad in search of Pennsylvania Railroad: the fourth and final piece to complete the set for half a million dollar railroad prize.

The next morning, I had a response: Well chief, It looks like we’ve both got a lot of money coming our way. $500,000.00!! Come by my place this afternoon, bring your three pieces, and by this evening we will both be $250,000.00 richer!! Respond ASAP if you can make it and I’ll send you my address. Signed, Fox Rosling.

I immediately replied: Hello Fox, You’ve got yourself a deal, so long as I can verify that you’ve got a genuine, McDonald’s-issued Pennsylvania Railroad playing piece. Sincerely, Ralph.

His next response was this: Oh it’s real, my friend. Absolutely real.

We exchanged a couple more e-mails, where Fox gave me his address and bragged to me a little about what a world-class investor he was, having had a hand in over thirty restaurants and hotels throughout the city; how he understood finances and how he could assure me that there was no one better person than him to partner with on this deal. He certainly wasn’t modest, sure, but with all that money I don’t believe I would be either.

There are a lot of things you could do with half a million dollars. I’ve heard stories of people who win the lottery, retire early, buy sports cars or mansions in Florida, blow it all on drugs, strippers, gambling. All that might sound wonderful to you, but my plans were different. This money was allotted for something more important.

When my great-great-grandfather, Ralph Anderson I, settled in Chicago from off the boat, he built a beautiful brown brick house in Jefferson Park with his three sons—Ralph Anderson II, Richard Anderson, and Stephen Anderson. That house was the most important thing in the world to him. It was his trophy. And it was supposed to stay in the family, which it did for a while, but then Ralph Anderson II passed it down to Ralph Anderson III, my father, and the legacy stopped there.

My father was killed by The Spiderweb: a secret, interconnected gambling operation that was run—and to this day is still run—out of every single pet store in Chicago. There are too many facets of The Spiderweb for me to explain in full, but the most basic facts you need to know is that the pet stores making it up are divided into three categories. First, there’s the Hot Houses. These were the pet stores with basements or backrooms that actually had in-house gambling—dice, cards, cockfighting, you name it. Next were the Warm Houses. This is where the bookies and thugs that made up The Spiderweb kept their records—of who owed money and how much they totaled each day after pay-ups. Next were the Cold Houses. They didn’t really do anything, but they still paid their dues and kept their mouth shut because every last pet store in the city was connected to The Spiderweb, even if The Spiderweb had no use for them. Every last one. People who didn’t know better have tried to go around them and their businesses were quickly put to rest.

Simply put, my father had a gambling problem. He couldn’t even watch one of my little league games without putting a little money on it, let alone the Bears vs. the Patriots with 3-to-1 odds. Or a cockfight in the basement of a pet store. It was only a matter of time before he slid off the map entirely—before the only way he could avoid selling my great-great-grandfather’s house was to take up The Spiderweb on their notoriously deadly proposition, the one that every gambling junkie in the city knew about but wasn’t foolish enough to try no matter how much they owed. He played a game of Russian roulette—all debts would be wiped clean if he won, all debts would be wiped clean if he lost.

After his death, my mom couldn’t avoid selling the house, not with all five of us kids to support. So we moved to a three-bedroom apartment at Ashland and 42nd Street. I was devastated for years. My best memories were in that house. And my children’s best memories were supposed to be in that house too. My great-great-grandfather’s beautiful brown bricks house. I vowed that I would do whatever I could—whatever I had to—to get that house back into my family.

Then, thirty years later, a miracle happened. My family’s house went back to the bank after whoever was living there defaulted on their second mortgage; then it went up for auction—just in time for me to go to Fox’s condo, get enough money for a decent bid and reclaim my great-great-grandfather’s beautiful brown brick house for the Anderson family.

Not only was it enormous; it was luxurious. There was an eighty-inch flat screen TV above a curvy white leather sofa in the living room, one of those coffee makers with the plastic cups in the kitchen, a glass wall in the bathroom with a breathtaking view of downtown Chicago, forty-one stories above the ground, while you took a shit.

But Fox’s condo was nothing compared to the man himself. He was style personified: Armani suit, Gucci shoes, pushed back charcoal hair with silky streaks of gold. And the way he carried himself; it was like he knew, not thought, knew, that there was nothing in this world he couldn’t have for himself if he just picked the right words, made the right moves.

“Hello there, chief,” he said, glowing. “Just the man I want to see. Let’s see those pieces. Let’s see that money.”

“Well hello to you too,” I said, modestly. How could I pretend to be a hot shot next to him in my cheap wool sweater and my sneakers coming apart at the toe? “I’ve got them right here in my pocket.” What a stupid thing to say. “Right here.” I fumbled through my pocket and pulled out the pieces—Short Line, B&Q Railroad, and Reading Railroad—all sweaty and stuck together. Then, as if it were magic, Fox was already holding his piece, Pennsylvania Railroad, with a broad smile across his face.

“So what do you suppose we do now?” I said. “Just call up the McDonald’s headquarters?”

“Way ahead of you, Chief,” Fox said. “I called up the headquarters the minute I saw your craigslist ad. They said we could mail in the game pieces, but then we risk losing them in the mail, and then it will take 6-8 weeks for them to send us our money. Or they said I could drive to the corporate headquarters down in Oak Brook and pick up a check today.”

“Whoa, whoa. Slow down there Chief,” Fox said. “If they know there are two of us collecting the prize, Uncle Sam might try to stick his hands into both our pockets. I think it’s better if they think the prize is going to just one person. And since I’ve already contacted them, I think that person should be me. But don’t worry. I’ll come back with your cut of the loot as soon as I get that check.”

So he left. And I waited. Until Fox and I would be the envied winners of that half a million dollar prize. Until McDonald’s would give me the cash to win back my family heirloom from this piece of shit world took it from me.

Six years later—six years caught in a holding pattern where I kept deciding he would never come back, only to wonder if I were to leave, would he come back the very next minute? So should I stick around a minute longer?—he came back.  “I’ve made an investment with our money,” he told me. “And I want you to be the first to see it.” Then he drove me in his BMW to show me what he had done.

The closer we got, the more I was sure of where he was taking me: up to Jefferson Park. And when we got there, I swear, I could have choked him until he was rat food—because there, on the property where my great-great-grandfather’s beautiful brown brick house; where the keepsake of my family should have been, stood Fox Rosling’s latest investment.