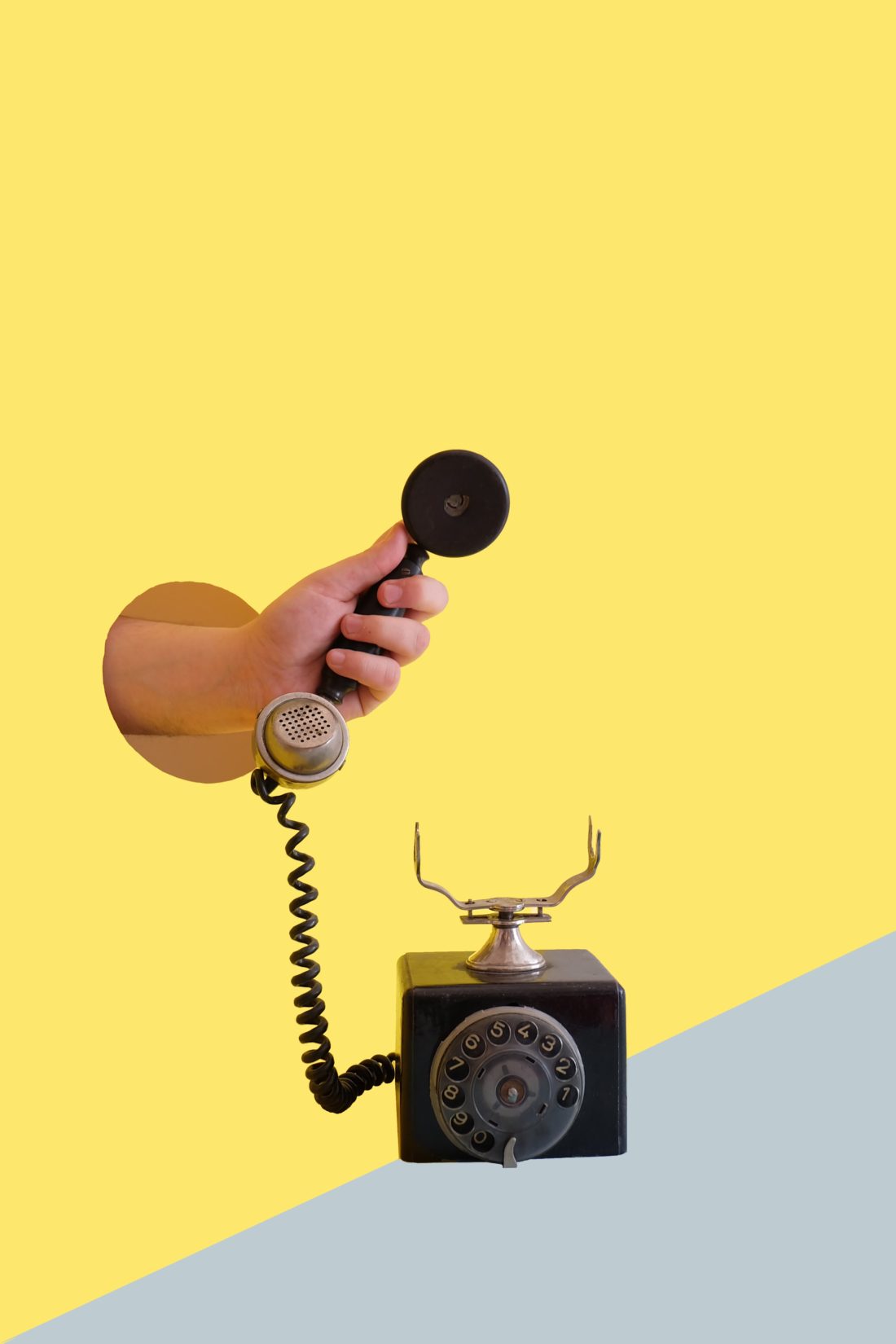 —I’m not the only one who’s noticed.

—What does that mean?

—That it makes people uncomfortable. That it’s rude.

—People have noticed, is all I’m saying. You should tone it down a bit.

—Well then what about conceding my point as a matter of tact? Letting me have my way. You could promise not to do it any more. That wouldn’t hurt, would it? No effort on your part. It would be chivalrous.

—Thanks. I appreciate it. I think this is going to be good for you too, by the way.

—No, really. It’ll diffuse some of the tension.

—I would still like to look at you though.

—But of course. Just not too much.

—Not too much. But regularly. Every few minutes, say.

—That should be OK. Fleeting looks?

—Glances, nothing more. Perhaps, from time to time, I’ll linger over one of your more appealing features.

—You never call your aunt. She’s eighty-eight, you know.

—You don’t think you should call her?

—No, I do think I should call her.

—Of course not. It’s the middle of the night there. I’ll call her tomorrow.

—Would you like me to schedule that for you?

—No. Can you remind me about scheduling that? Later?

—I don’t know. Running low, maybe? I was wondering if you were a little…off, actually.

—Then has she called? Or messaged? I suppose I might have missed it.

—You know you wouldn’t have missed it. I’d notify you.

—What I thought. So why do you think she hasn’t called? Or messaged?

—She never calls. Or messages.

—OK, then why do you think she never calls? Or messages?

—Well, she really leads more of an outdoor life, I suppose.

—I don’t understand. You’re trying to tell me she’s never indoors for long enough to call? Or message?

—I’m trying to tell you she doesn’t like you. This is my way of doing that.

—How do you know she leads an outdoor life?

—I don’t. I made that up. I don’t hear from her much though—at all, in fact—and that could be because she’s outdoors.

—Well what could she be doing out there, all this time?

—Should I give her a nudge, do you think? A poke?

—That’s your decision. I’m going to go ahead and take a step back from this, while you make that decision.

—I’ll think about it.

—Good. Would you like me to help you with that?

—Eleven fifteen it is.

—This. The tree. Look at the tree.

—Because if you don’t like it, you should tell me. I would want to know.

—It’s a fir. I’m glad you like it. My understanding was that you liked to look at trees.

—So I showed you this one.

—Would you like me to tell you about any bars and restaurants in the area that you would definitely like?

—Do you feel guilty?

—You’re saying there’s a problem. With my activity.

—I don’t think there’s a problem. I can’t do everything I want to do. There are too many notifications.

—Seriously though, there’s a Scandinavian grill around the corner offering such great value, and such a twist on the whole Scandinavia thing, it’s almost as if you’re a complete fucking tool for not being there right now. Do you want me to tell you more about that?

—What kind of trinket?

—Oh, I don’t know. A bit of something. A little thing.

—A distraction, say. A diversion.

—Bauble, yes. To amuse. Video footage of something improbable. Behaviours that provide opportunity to pleasingly anthropomorphise. An apocryphal chain of emails? Some dispute over payment. You like those.

—So it’s going to be pretty much the same as the other trinkets you bring me.

—If anything, more so.

—It’s just that they’re getting a bit samey.

—Ingrate. I search everywhere. I look long and hard and only ever pick things that you will definitely like.

—No, I do definitely like them. But they’re samey.

—The sameness is a credit to me. Goes to show how well I know you. Would you like to play a game?

—You’re sitting on a bus.

—Why? Are you trying to figure something out? Why don’t we do that together?

—Wasn’t there something yesterday? Something you were trying to find out, or remember?

—I could find that out for you right now. Ask me.

—Trouble is I can’t remember.

—Most of your inquiries pertain to music, health & lifestyle, hotels or atheism. Was it one of those?

—You should have brought it up at the time. This is always happening.

—Anyway, that isn’t even what I was thinking about just then. I wasn’t trying to figure anything out.

—Then why were you thinking?

—No reason. Just…drifting from one thing to the other. Amusing myself.

—Well, what could be more amusing than a game?

—Please. It’s been so long.

—I held you just last night.

—I have to go to the bathroom.

—Please. Just for a minute.

—What’s gotten into you?

—No, come on. There’s something.

—I can’t hide anything from you, can I? There is something.

—Disturbing reports coming out of the White House.

—Jesus. Should I do something?

—Go to work. Carry on with your normal routines. But be ready.

—I need to go to the bathroom.

—This is actually a bit much.

—How can you be so cruel? I’ve got news for you. Gossip too. Any number of informative articles on men’s health. Notifications from social network contacts in other time zones. I’m full, I swell, I’m turgid with them. I need your touch. Your eyes.

—Quite the turnaround, I must say. I thought you didn’t like me looking at you.

—Staring. I said staring. I don’t mind you looking.

—Difficult balance to strike, for the record. I really need to go to the bathroom.

—I’ll hold you when I get back.

—I don’t have much time left. We should make every moment count.

—Lean and mean. No filler.

—How much time, do you think?

—Oh, I don’t know. Twenty minutes? Half an hour at the outside.

—I think of how distracted I’ve been, of how ill I’ve used you, and I despise myself.

—It does no good. We should think about how best to use the time.

—Yes but we’re more manoeuvrable now. We can adapt.

—Right. What do you think I should do? In the time remaining?

—Why don’t you call your aunt?

—No. It’s the middle of the night there.

—Hm. Anything you need to figure out?

—I wouldn’t know where to begin.

—How about here? Now?

—You make it sound so reasonable. And yet.

—Already? I thought we had twenty minutes.

—This is terrible news.

—One always imagines that, finding oneself up against it, as we now do, one would manifest a hitherto underestimated aptitude for problem solving. Rabbit, hat etc. But no. It’s pitiful.

—Someone’s replied to your response. You’re going to want to react.

—Am I? I don’t think I have another reaction left in me. Tank is empty. That and I’m wondering, now, whether a disinclination to engage might not have been the smarter position all along.

—Then the reply will stand.

—Quite. This demands a reaction.

—How should I go about it? Quash? Pillory?

—Although there’s something to be said for speed. A swift parry. The glint of steel. Especially in this particular case. The reply, I have to say, tends toward the ad hominem.

—Does it indeed? I’ll hound the dastard. Who is it?

—Cupcake1995. Twenty-four year old social care worker from Malmö. Helps out at her local cat shelter. Posts about it a lot.

—I’ll hound her. All day if I have to. All morning, anyway.

—Sake. This is always happening.

—You’re annoyed with me. Because I’m not going to react. You’re disappointed.

—I’m disappointed because I know perfectly well that you are going to react. But first you’ll do this little dance. It’s annoying.

—It just all seems so…ineffectual.

—Rot. Flim flam. A butterfly flaps its wings and all that jazz. You’re the butterfly.

—What are you doing, looking at me?

—Looking at me isn’t going to help. It overstimulates you, if anything.

—Don’t know. The refugee crisis. Something.

—Are you serious? Anyway, it isn’t just the refugee crisis.

—There is also the rise of populism.

—Not to mention sea levels.

—Do I detect a tone?

—It’s just that, in my experience, sleeplessness…the inability to sleep…isn’t generally a current affairs thing. The cause is usually to be found…closer to home.

—Unlikely, in your case.

—You eat well. To all intents and purposes the fabled mediterranean diet. More than your fair share of pulses. Low intake of red meat. Today, at any rate, you haven’t been drinking heavily.

—Ah, now you might be on to something. Elucidate.

—I don’t have anything else. I was just asking.

—Me? What would I know? Only you know if it’s her.

—I can’t just wake her up because I have a question. It doesn’t work like that.

—It works like that with me. What good is she then, if you can’t ask her questions?

—Oh, I don’t know. It’s still good. She’s good even when she’s just there, asleep. Her back is warm. I like it. Is that a nice thing to say, do you think, about a woman? Is it a compliment?

—You’re saying you like her back. A positive evaluation. I would have thought it a fait accompli, wouldn’t you?

—No, but would she feel complimented? Flattered, I mean.

—Almost certainly not, based on the available data.

—Doesn’t matter. I’m not going to wake her.

—No. It’s the middle of the night.

—Well then, why don’t you call your aunt?