On The Recreation of Collective Youth 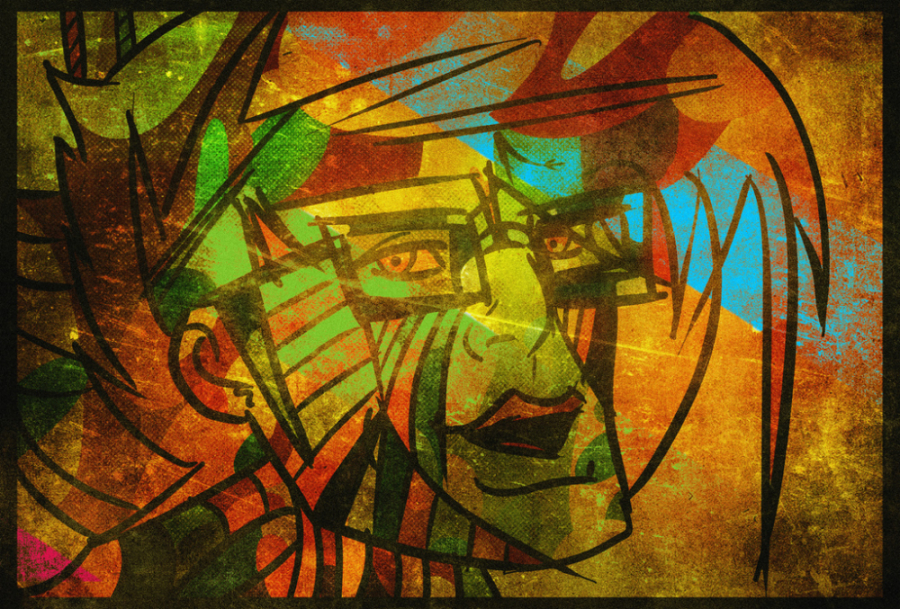 On The Recreation of Collective Youth

What do we call this humble
And insane collection of souls?
They who crawled out from the edges of suburban masses,
And sit freely now in their madness.
I watched my young mind come alive in a wasteland,
As it grew old within crowded rooms lit by red-colored lightbulbs
Hung on strings as if tortured by the old wars,
And lost reality in subway cities howling lost hope
Wailing for Messiahs and Byzantium.

Encircled they speak and wonder,
What will be lost by the Age of Technology?
By controversy, by LED screens flashing
“ALL SHALL BE GONE,”
By Great Social Network creating mindless
iPhone-headed children,
By continuous deception in Evil Media
Who scream “Truth is dead, In Google we trust,”
While Big Pharma holds hands with Big Brother
Smiling wide with their teeth made of gold and
Mouths filled with tic-tacs and Prozac.
They go on to say,
What sort of public shall be formed
If all is poisoned by Socially Acceptable Guru Doctors
Fixated upon the High Definition T.V. screens
Which shout about Diet Fads and shortly after display
Buy-One-Get-One Big Macs With Large Fries
Before an automobile ad,
Ode to heated leather seats and heart disease.
“What will become of the world?
What will become of the world?”
They wonder, they wander.

It was recently that I watched the veins of my acquaintances
As they filled with languid and brown tainted blood.
I watched as white powder was cut fine on their mother’s glassware and infected their nostrils,
As amphetamine propelled their souls into The Great Light,
As their minds were lost within plumes of thick smoke
Sprouting and rising from the warmth of marijuana pipes,
As Summer Acid Waves splashed on midnight suburbia,
As they jumped from two-story windows into backyards
Which glowed a fearful red and blue,
I was there when they loved and lost and cried out in crazed romantic voices,
As hardship held them by their arms,
As sweating cars rumbled within empty pavement lots
Steaming in the August Heat free and truly free.
I saw them fight with closed-fists and scream loud and fearless until blood dripped on dirty sidewalks,
As they sat unconscious in lawn-chairs written on with marker
Displaying crude cock sketches and “FAGGOT” on forehead,
As they were wrongly handcuffed on the public pavement,
As they stumbled drunk and savage through house parties
Slurring about sex and their fathers.
I listened to their words about the world with mushrooms in their stomachs
Hysterical thoughts on beauty and Free Love,
Watched as they grew tired and alone moaning retching violently
Into toilets forgetting my name,
As they turned into mangled angels,
Blood spattered bodies lying
Halfway through glass windshields.
I watched as they fled empty handed from their parent’s homes
Catching a bus to South Florida,
Slept under playground shelters hiding
From the rain and thunder and their mothers,
As they shouted into the skies filled with fireworks
Flashing onto near-empty bottles of liquor and Marlboro Reds,
As they stood naked and embraced each other
So that their souls may feel another,
Shotgunned smoke mouth into mouth
Coils rising up to ceilings,
As they shared cigarettes standing on white balconies
Or in front of bodegas listening to rap music,
As they sat cross-legged in living rooms
Taking MDMA for the first time and dancing
Endlessly until sunrise when they felt The Great Sadness.
I saw as they crept into empty homes and ran with their arms filled,
As they held baggies through open car windows
Shaking hands and driving off into the waiting night,
As they disappeared into bedrooms
Coming back unbuttoned with sweat on their brows,
As they became teenage fathers and mothers working
Long hours to support their children,
As they lost everything in search of their greatest high,
An unattainable euphoria.
I watched them swallow Adderall and talk about death until night turned to dawn,
Speed understandings while pacing in kitchens
Never to be remembered again.
I was with them as they reached madness trying to forget
Who they really are: who they have become.

O’ the strange and toxic nights,
Woe to the morning which holds thee in its arms.

Tyler is an eighteen year old writer from Springfield, Massachusetts. He spends his time watching Seinfeld with his dog named Crutons. Recently they’ve been trying to come up with a witty bio, but things just haven’t been the same since season five.