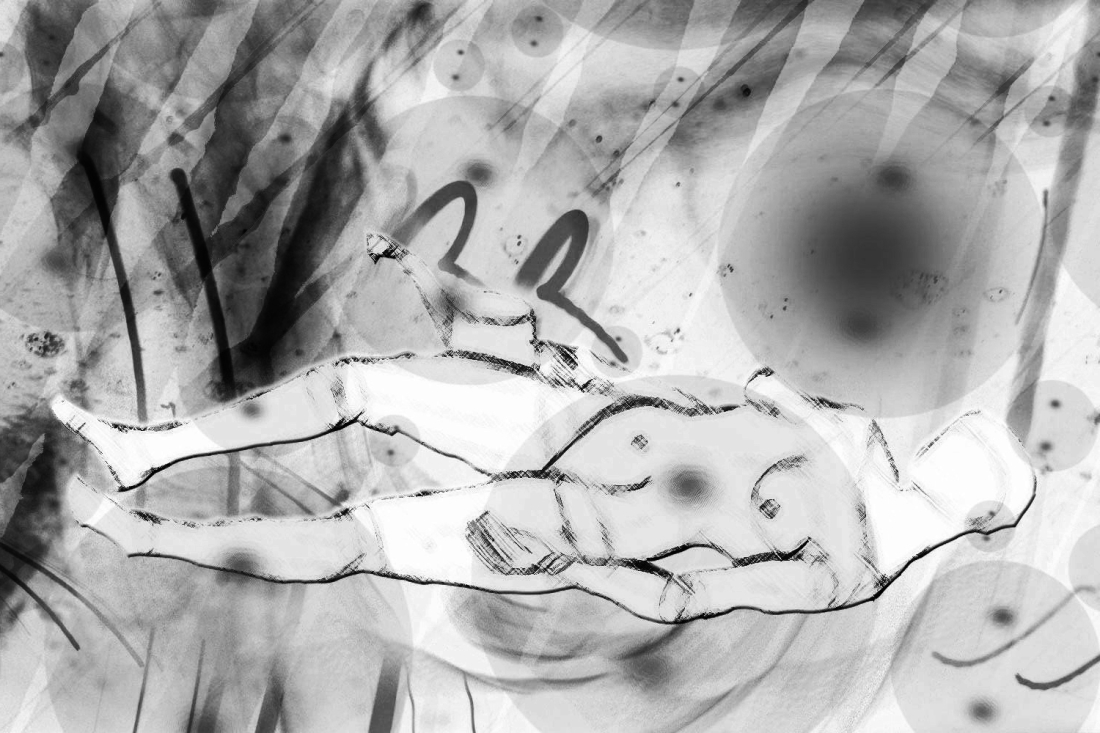 So we were all captains    of a land

each steering the fates

of one clunky body

So symmetry is a strange    game

as in    where there is a magnet

So there is always the drug tunnel, the tunnel

of drugs and it’s damp-drug glow

was warmer than the hallucinations

And by who’s hand

can I take this exoskeleton,    this ship

and the next one

and say, we are filled with the same    invisible

I am a conscientious human,      but I still

do these six things

And I’ll bet we can name them, too

Men in the ambiguous flesh lake

Ladies in the lake come out as if

I said, be your own cotton cake

so thick and so

Marie Coma-Thompson is a writer and painter currently living in Louisville, KY. She is interested in expanding consciousness through meditation, music, and creative practices. She has been a featured reader at the Speak Social reading series as well as a featured emerging writer at the InKY series.  She lives with her husband and their three giant, buddha-like cats.