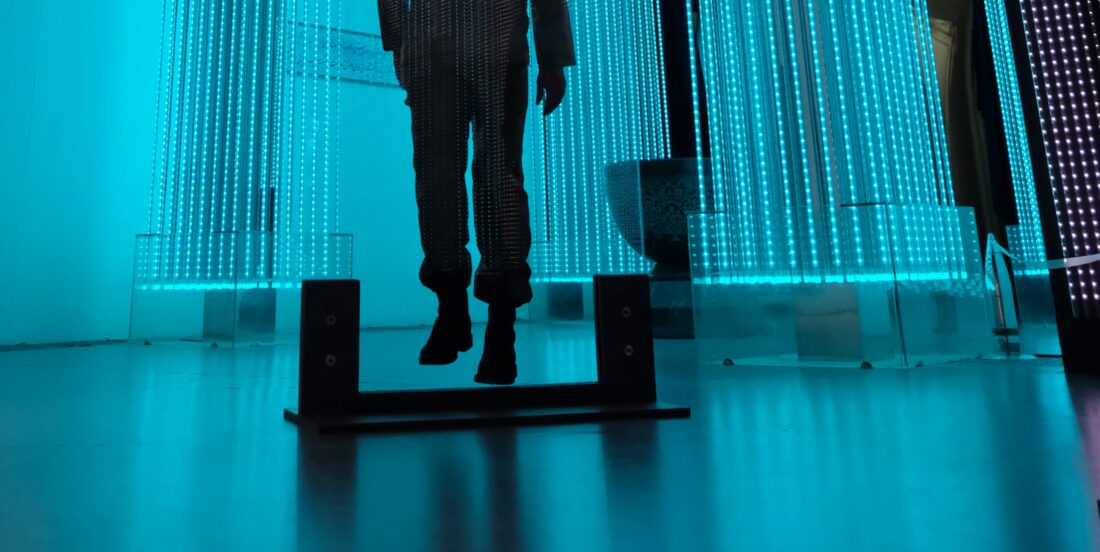 You were obsessed with antiquity and aliens. “In rain, in sun, in dust” you said, “in eternity only these two exist.” I didn’t know what to think but I followed you that night, under your big umbrella. You wore a fur coat while I took pictures of you in front of H&M and 7/11. I dropped my hat in the rain. God bless the stranger that picked it up and returned it to me.

I say God bless the stranger because I believe in God. But also because I didn’t get the chance to thank him. I was wearing sunglasses as a part of my outfit. Everything from my perspective looked like the front window of a car speeding down a highway in the summer. After he handed the hat back you told me to get a grip – “that’s the last drink for you mister.” I didn’t object. We were on our way back from some shenanigans in the city following evening mass. As far as I knew we were the only members of the congregation who liked to go out after sitting in the house of the lord. You would quote a line from this old who-ever-his-name is to justify the practice. “The pride of the peacock is the glory of god” or something like that. I do confess on those nights I was convinced I felt it.

That evening was a little different. My brother had kicked me off his couch earlier that day after half a year of laying around his house with no job. I told him it was wrong of him to do it on a Saturday, right before the holy day of the week and all. He wasn’t convinced.

I’ll admit I was surprised when I met you after mass by the refreshment table and you told me he could go to hell. I nibbled my raisin cookie and washed it down with some coffee. You saw my apprehension and let me know: “I know you don’t have a place to stay tonight, but it’s more important we go out and drink.” Easily convinced, I obliged.

So I found myself again in a familiar drunk ramble taking pictures and dropping stuff in the rain. After putting my hat back on we started heading from the skyscrapers of the commercial district to the more open and less crowded waterfront. I remember being magnetized by this statue that stood on a raised podium just in front of the water. You called out as I was drawn away in its direction. When I got there, I set both my hands down at the base of the statue and looked up. It was a woman in a robe, wearing a helmet and carrying a spear and shield. She gazed out to sea as the lights of the waterfront shined on the bronze and the rain bounced off of her.

You bumped into me. “Get under the umbrella” you said. “Is it your first time seeing a statue of Minerva? They’re all over the city.” I’d never heard of her. You told me she was the goddess of strategic warfare, justice, and law. Truth be told how one maintains an interest in both the Greeks and God was beyond me.

An old man ran up and approached the statue. He avoided eye contact but I could see he was either on drugs, beautiful, a prophet, or a mixture of the three. He struggled to catch his breath before putting his hands on the base of Minerva alongside me.

“Hold onto the statue,” he muttered to my companion. You made the mistake of ignoring him and holding onto the umbrella. That’s when he spoke more loudly and in a much more urgent tone, “hold on to it now. they are right above us.” You dropped the umbrella and put your hands on the statue. I didn’t dare do anything but keep my hands on Minerva and stare at the rain falling on the ground.

He let out a yell before slapping the statue with both hands. The bronze made a dull echo. He turned frantically and looked at the sky. I turned around and took off my glasses. I saw four orange lights, high but not too far away, bobbing in the air slowly. How long they had been there I didn’t know. They lorded over our section of the waterfront.

The man yelled at them to stop. Neither of us could understand what was happening. He began to run towards the city. The lights, high above, hovered and slowly traced his movements. The sound of the man’s frantic steps disappeared into the forest of skyscrapers as the lights followed him like specters.

I didn’t know what to do. I put my hands back on the statue and wept. You took the umbrella and held it over me while rubbing my back. “It’s okay,” you repeated to me softly, “it’s okay.”

On the ride back to your house I watched the labyrinth of city lights wash away into the long grey band of the interstate. I watched as my world became horizontal again, and as billboards flicked by like ads in a magazine. When we got to your house I rinsed my face before being lulled to sleep by the blue suede of the couch.

It was quiet. The sun was only beginning to rise. You woke me up.  “There’s something outside my window” you whispered, “there’s something I want you to see.” I shuffled out of bed and over to your room. I thought either I was dreaming or you were dreaming. You took me right up to the glass. The sky was clear. In the morning grey I saw the soft green hills of the South Bay Area. I saw bulbous oak trees hanging over houses. I saw office buildings with metallic windows that penetrated my eyes. And right in the middle of the whole panorama, I saw a drone slowly receding from your window, its small electric hum mixing with the chirps of birds before fading out into the warm ambiance of the morning.