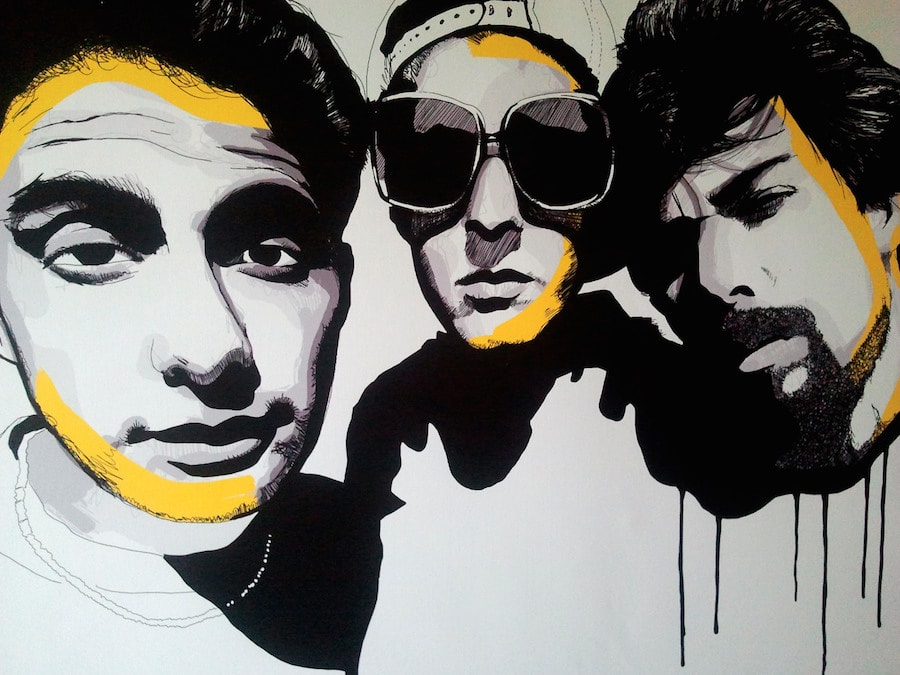 In the midst of an office flu outbreak, Maxwell began to feel the years acutely. He wasn’t sure if it was an early sign of the flu or a symptom of not recognizing new celebrities anymore.

He now often found himself wondering, ‘Whatever happened to So-And-So?’ Only to realize that So-And-So was probably wondering the same thing about another So-And-So.

It was a comfort to believe that all the So-And-Sos now lived on a game reserve, free from poaching Paparazzi, but lazy internet searches could never prove its existence.

As Maxwell calmly waited for the disease to claim him as its next victim, he followed Amazon book suggestion links, when, over the radio, he heard that Adam Yauch had died.

“MC-fucking-A?!” he asked himself, in disbelief.

Hadn’t he played Super Mario Bros. on Nintendo, while listening to the Beastie Boysí “License to Ill,” trading off rap lines with his friend (his friend, Mike D; Maxwell, MCA, because nobody wanted to be whiny Adrock), fingers pecking controller buttons, just last week?

A lot of things felt like last week, he thought, yet the literal ëlast weekí felt years ago.

It was as if someone had flipped a switch and everything reversed.

“Maybe this is a symptom of the disease,” Maxwell thought.

But when he looked at WebMD, “time dilation” was not listed, nor “unexpected tears.”

As coworkers walked by, oblivious to his weeping, connected by their telegraphy of coughs and sneezes, Maxwell continued searching for the nameless.

Fruitless hours passed, before Maxwell finally feigned a sickly cough. He so desperately wanted to be part of something, anything, to be identified.