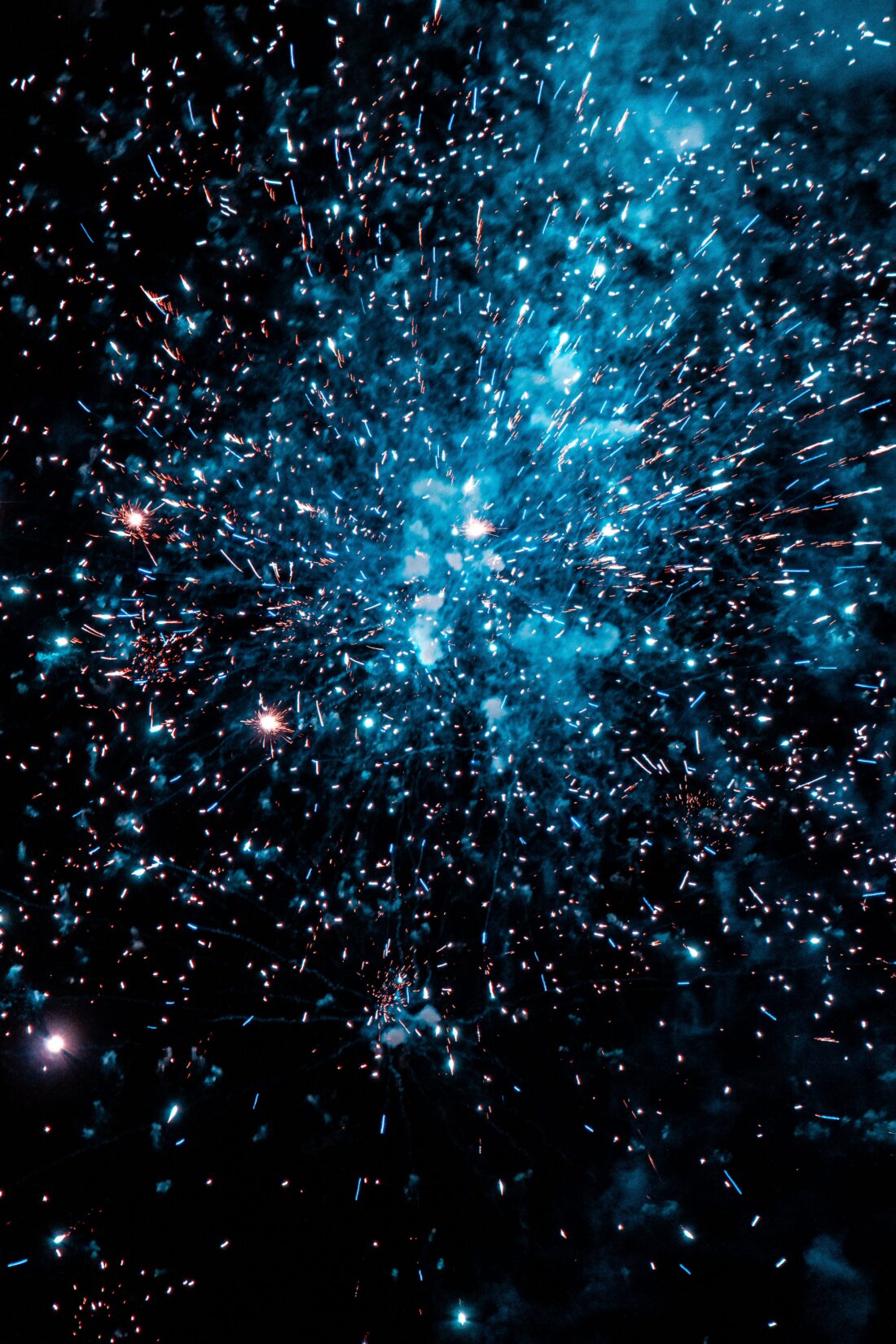 The woman stood at the window. Winter air seeped through gaps around the panes and cooled the sweat on her body. A cigarette smoldered inches from her thigh. The man in her bed also smoked, in quick bursts, like biting at a loose nail.

Shut the curtains and come here, he said.

No, said the woman.

The man brushed the end of his cigarette into the glass ashtray on the bedside table. Bits of ash sizzled as they hit the centimeter-deep water at its center.

I don’t know why you keep looking, he said. Nothing’s changed.

The woman grinned. Her teeth, the color of lemons, were visible in the dark.

Everything has changed, my love, she said. Let’s go outside and get a better look. You can wear my robe.

Variations of this back-and-forth had played out between the woman and the man for months. But despite him pleading like a dog at the door in the rain, the woman left every night and stood on the porch and stared at the comets until the sun rose, when only the most brilliant, innumerable streaks of snow-blue and purple-green remained splashed against the immensity of everything. When he slept, the man dreamt of enormous eyes falling from the sky and obliterating him. Every morning the man spent his first moments wondering if he’d ever stop coming apart.

The woman turned from the window and walked to the bed. She sat on its edge but didn’t face the man. She asked him, Why are you afraid?

You are. It’s natural to be afraid.

I said I’m not afraid.

You don’t need to act like a tough guy about it.

The man didn’t know what to do with his hands so he lit another cigarette. He tried to set the lighter on the bedside table but it fell and clattered beneath the bed.

What are we going to do? he asked.

Us. Humanity. These, these goddamn comets. They say there are millions of them flooding the solar system.

Everyone. Scientists. People on TV.

The man felt his mind descend into open rebellion, a chimp at the bars of the cage frightened by lights in the sky he did not understand.

They’re talking about ghost stars and black holes. And like, something about a disruption of the Oort Cloud. How one single comet could kill us all. Right in a goddamn flash.

The woman laughed. It was a deep laugh and reminded the man of the way a large ship thrums against the power of the sea. For a moment, he was more afraid of her than the comets.

Sure, she said. We could all die. Die bathed in beauty. Like going in the arms of God.

What the hell are you talking about?

I’m just acknowledging something. No one can resist change forever. No one is excluded from dying.

Come outside and watch the lights. Get excited and fuck me. And stop worrying about the damn comets.

The woman went to her closet and took a gray plush robe from its hook. Last chance, she said as she drew it around herself.

The man’s eyes drifted to the wall beside the bed. The taste of tobacco lurked in his mouth like an unwelcome guest.

No thanks, he said.

Alright, the woman said. She left the bedroom and descended the stairs. In the kitchen, she took an unopened pack of cigarettes from the counter. The woman kept the icons of her habit everywhere. There was comfort in the regularity of smoking, especially in these uncertain times.

Outside, she lit a cigarette and sat on the cold wooden planks. She shivered and began to count. When the woman reached five hundred, she flicked away the long-dead cigarette.

The woman wanted the man to be free of his fear, to be with her, there in the moment. She wondered if she should leave him. She wondered what it would mean to be alone in a new world, a world of petrifying wonder.

The woman lit another cigarette. I’m where I need to be, she thought. She exhaled. The hot smoke hung above her face until it vanished against the iridescent night.