From Every Soft Opening 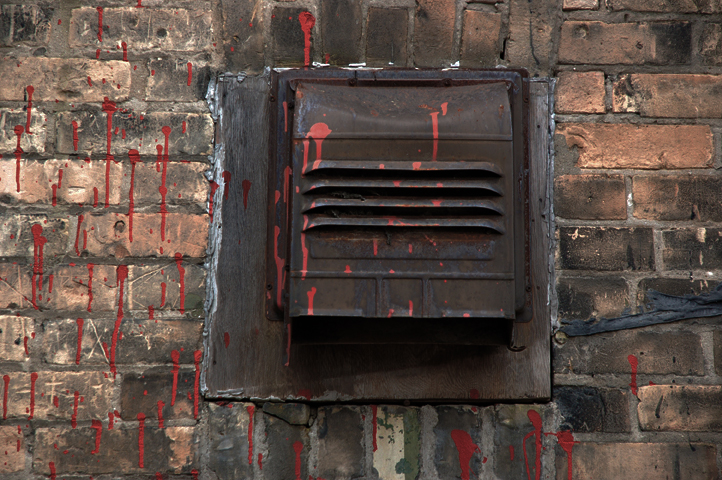 From Every Soft Opening

I let them kick the child a few times, a few life-draining blows to his neck, before I made my presence known. I dropped from tree to sidewalk, cape fluttering like a tongue dusted with cocaine. Flexing my biceps, I gripped the air with a formidable violence. My training was bone deep, non-existent, gobbed with dark matter—everything in between everything else. I choked out Zen masters in their dreams.

A smelly car drove past. The driver chucked a paper cup from his window. The cup, heavy with slop, splattered on the sidewalk beside me.

“Screw you,” I said, then I slashed the air with my hands.

The driver stopped the car and got out waving a gun. The three standing boys ghosted away in different directions. The boy on the sidewalk trapped a bullet with his heart. Another bullet slipped through my left hand and burned itself into my head. From every soft opening, my life ripped out, hot and damp. The shooter uprooted to Mexico, so they say.

There was outrage. Thicker parents organized, hammered words together using nails and wood. Then there was outage. The entire city lost power, went primal. Everyone took to the streets with capes and wax candles. Two young students met and fell in love. They married on a shitty boat and shaped a child named Edward. Later he stood up fully in the day.

Mel Bosworth is the author of the novel FREIGHT and the poetry chapbook EVERY LAUNDROMAT IN THE WORLD. Visit melbosworth.com