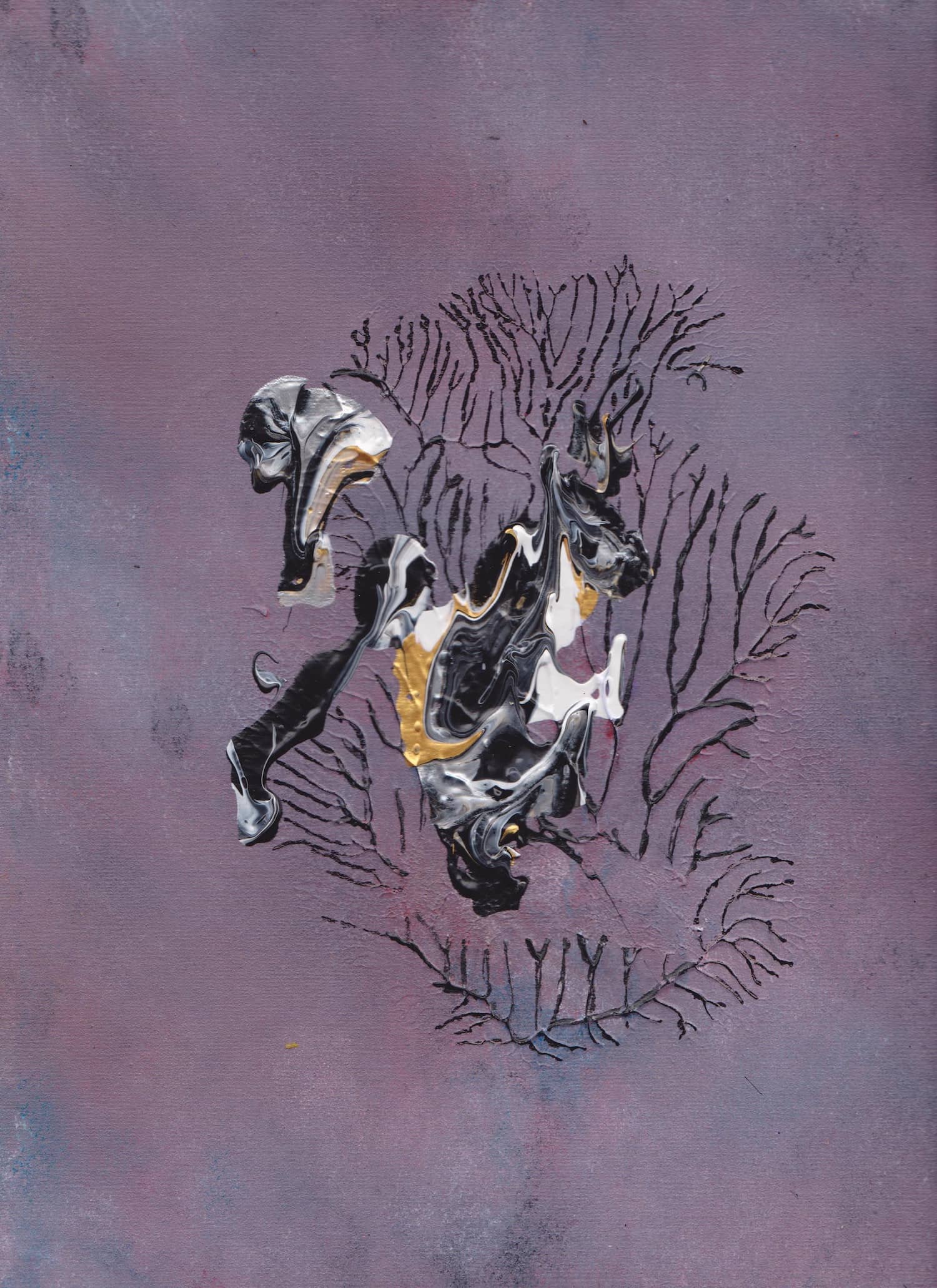 Every night is the longest night and so you gather light purple flowers and place them beside your pillow to smell them and fix it for two seconds at a time. You close your eyes and pretend that you are smoking cigarettes and watching VH1 Classic in Michael’s basement and every now and again you feel a little sick and you excuse yourself to the upstairs bathroom which has seashell wallpaper and a little blue rug. You sit on the rug and lean your head on the tub and press your forehead on the tub and rot some. When you return to the basement Michael’s teeth are glistening but you focus on the plaque that is like banana chalk and you click your eyes open and inhale deeply and the flowers get it done. The neighbor’s light is on. He is awake, too. He is embroidering children’s clothing with dollar signs. Your eyelids ache. Back in Michael’s basement you smoke another cigarette. His black hair swishes past your ear. His nickname is Milan because he is tall and chic but he does not know it. Only you know it. In bed the night before, you wrote him a letter on lined paper: “Dear Milan, I can’t stand… you xerox too much.” You ripped it out of the notebook and put it in the drawer of your bedside table. Michael stands up and his arms go over his head. He says, “Ho-ho-ho, what in the woooorrrrrrld are we doing?” You look up at him and shrug. You switch from sitting cross-legged to sitting legs together because you can smell your blood. Here’s what it smells like: open. You always think that, every month. Open is a smell. And then, the purple flowers are a smell too. They are tart and buttery. The neighbor’s big old light is still on. It’s a big white globe is what it is. His dry fingers working on stitching. He is so furious at everything. This work is a statement. Anxiety Wear. Milan has fang incisors and so does Michael. So does everyone who matters. Michael turns up Madonna. “Pardon me,” he says, his hands tapping his shoulders like he is a cartoon bird. “Will we sit here forever?” You’ve got a question about that and your eyes burn with it and the basement window is so dirty you can’t see anything but dark dead blue of night and you know you’re going to be sick. Seashells spinning like pinwheels aren’t helping and you’ve wetted the rug sure thing. Eating flowers one by one the globe goes off like you knew it would at some point.