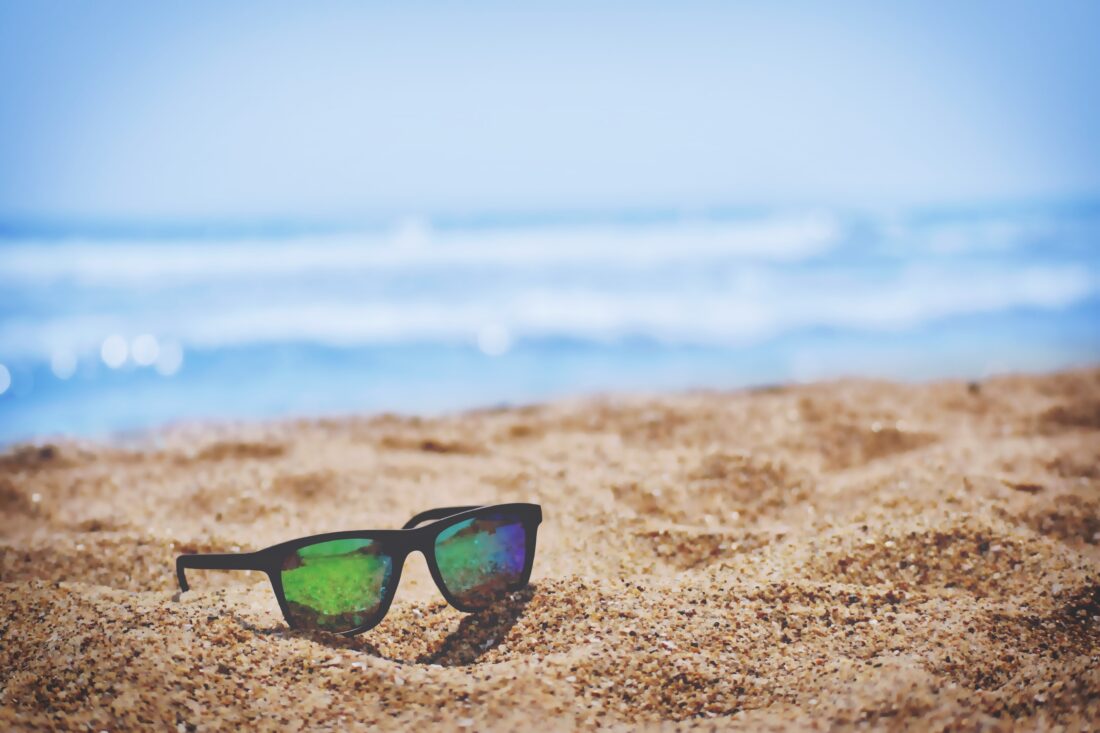 Stinson Beach appeared below us out of a tight curve on Highway 1. For miles we’d watched the Pacific hammer the cliffs and the jagged rocks that reached out of the water like the ancient fingers of a drowning Earth. The beach town offered a welcome respite from the serene monotony of Highway 1 so we stopped at a surf shop on the main drag. The hanging sign above the door had a “no shark” symbol on it and creaked in the ocean wind. Kelly went inside to browse and I waited outside.

I worried the five-day drive from the Carolina coast, sleeping in the car and spending every waking moment together would be a test, but I was more love struck than when we started. Certain images dominated my thoughts. An overlook in the Smokeys, Kelly staring out at the rolling hazy mountains. Laying on a patch of grass by the Mississippi staring up at the Gateway Arch. Kelly standing up through the sunroof, arms spread wide somewhere in the middle of Kansas, the speedometer clicking passed 100. The devastating look on her face when she saw the Rockies.

A truck parked across the street from the shop and a surfer guy hopped out carrying a guitar. He crossed without pausing to look for cars, passed through the shop and started playing in a little courtyard out back where they rented surfboards. Kelly glanced up from the sunglasses as he breezed by. She had a way of looking at other men with longing, like each one she couldn’t at least consider caused a part of her to die inside.

The surfer guy came back into the shop and approached Kelly. She cut me a glance and brushed a few strands of hair from her eyes. They started chatting. I wandered off down the sidewalk, but before I could get far she bounded out, modeling her sunglasses.

My reflection melted on the lenses.

“Cool, I guess, if you’re into that Jack Johnson type.”

“C’mon,” she said, grabbing a blanket from the car. “Let’s hit the beach.”

There were more beachgoers than I anticipated. Picnicking families. Couples strolling hand in hand wearing jackets and scarves. We walked toward the south end, which was deserted, backed by vegetation and cliff walled. The undulations of the beach, wind whipped and tide-carved, resembled the final phase of an archaeological dig when the bones or artifacts are almost ready to be unearthed and the only thing left to do is brush away what little sands remains.

Kelly spread out the blanket and we sat. The blanket was large enough to cover us which was welcome against the wind. Despite the cold, the sky was a cavernous blue and the sun burnt warm against our faces. A pod of surfers bobbed beyond the breakers.

The horizon on the coast of Northern California is different from the North Carolina coast. The cliffs along the Pacific create more of a domed effect and the water peels away to a bold and unsettling horizon. The Atlantic creates a less circular feeling and slathers out more uniform and welcoming.

I think we both felt the hollowness settle at the same time. The trip was over and in so many ways the adventure. In a matter of time, it would all be over. We tore at each other’s clothes beneath the blanket. The relationship was still new, in possession of that perfect combination of love and lust which seems so unbreakable when it finds you, and for a few minutes, under that blanket, alone on Stinson Beach, everything muffled by the wind, we were perfect. The inevitable deterioration that loomed seemed farther away than whatever waited beyond the horizon.

Reality returned as a carnal scream piercing the wind.

Several hundred yards down the beach a surfer flailed in the shallows, punching at the water. His lower body seemed to be released and the momentum thrust him toward the beach.

Kelly took off in a dead sprint.

The surfer neared the water’s edge, crawling up the slanted shore. Dozens more sprinted up the beach in the opposite direction. Kelly arrived first and tried to pull him out with little success. The curling waves resembled cupped hands trying to yank him back into the ocean. Several others arrived and together they dragged him to safety. On land, it became apparent that his right leg was severed below the knee. Kelly ran into the water and retrieved his foot and fibula. She labored with it and dropped it on the sand and stared at it in horror.

I tried not to laugh, but my body would do nothing else. Sometimes, laughter is the only suitable response to trauma. Which is very human and in line with our shared belief that each of us matter individually. An important belief to share considering how seriously we take ourselves while the planet we occupy spins indifferent to our existence.

She ran in my direction, down Stinson Beach, crying and in shock. I opened my arms and she crashed into me. An ambulance soared onto the beach from an access, lights flashing and sirens wailing. The surfer was loaded inside and the ambulance roared away as quickly as it came. The sirens eventually faded away.

We returned to the blanket and sat in silence for a long time. Kelly rested her head upon my shoulder and stared vacantly out to sea. A person wandering onto the beach would have no idea anything unusual had occurred at all.

After a while, I stood up and took off my shirt and turned to Kelly.

She stared, emotionless, until a giant smile willed its way onto her face and she ran at me, swinging her fists wildy and laughing.