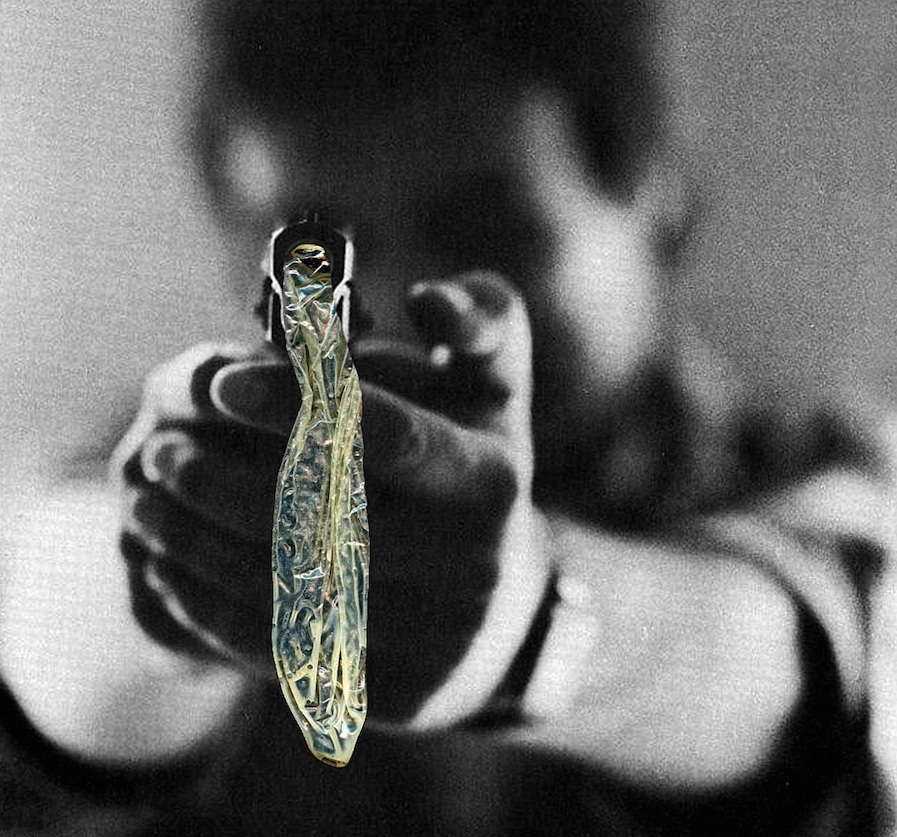 Deconstruction IV:
All words used in this poem taken from the album “Prowler In The Yard” by Pig Destroyer

The crescent moon whispers
my name like a gravedigger,
leaves makeshift flowers
made of eggshells & broken glass
by my bed. At night, I dream
of an assassin in a lavender dress,
knuckles wrapped in wire
fingers bleeding, sparks of chlorine
starlight swallowing his shadow.
A nightmare of headless mocking-
birds circling the fire gold sky.

a dictator crowned. revolution satisfied.
arrows in the ground.

we buried our fear
in the concrete of our throats,
choosing to be free

we speak of conquest, the loyalty of the dead
our mouths swallow flies

William James is a poet, punk rocker, and train enthusiast from Manchester, NH. He’s a contributing editor at Drunk In A Midnight Choir whose work has appeared or is forthcoming in Bird’s Thumb, Gravel Mag, Hobart, Literary Orphans, and SOFTBLOW. His first full length “rebel hearts & restless ghosts” is forthcoming in 2015 from Timber Mouse Publishing.