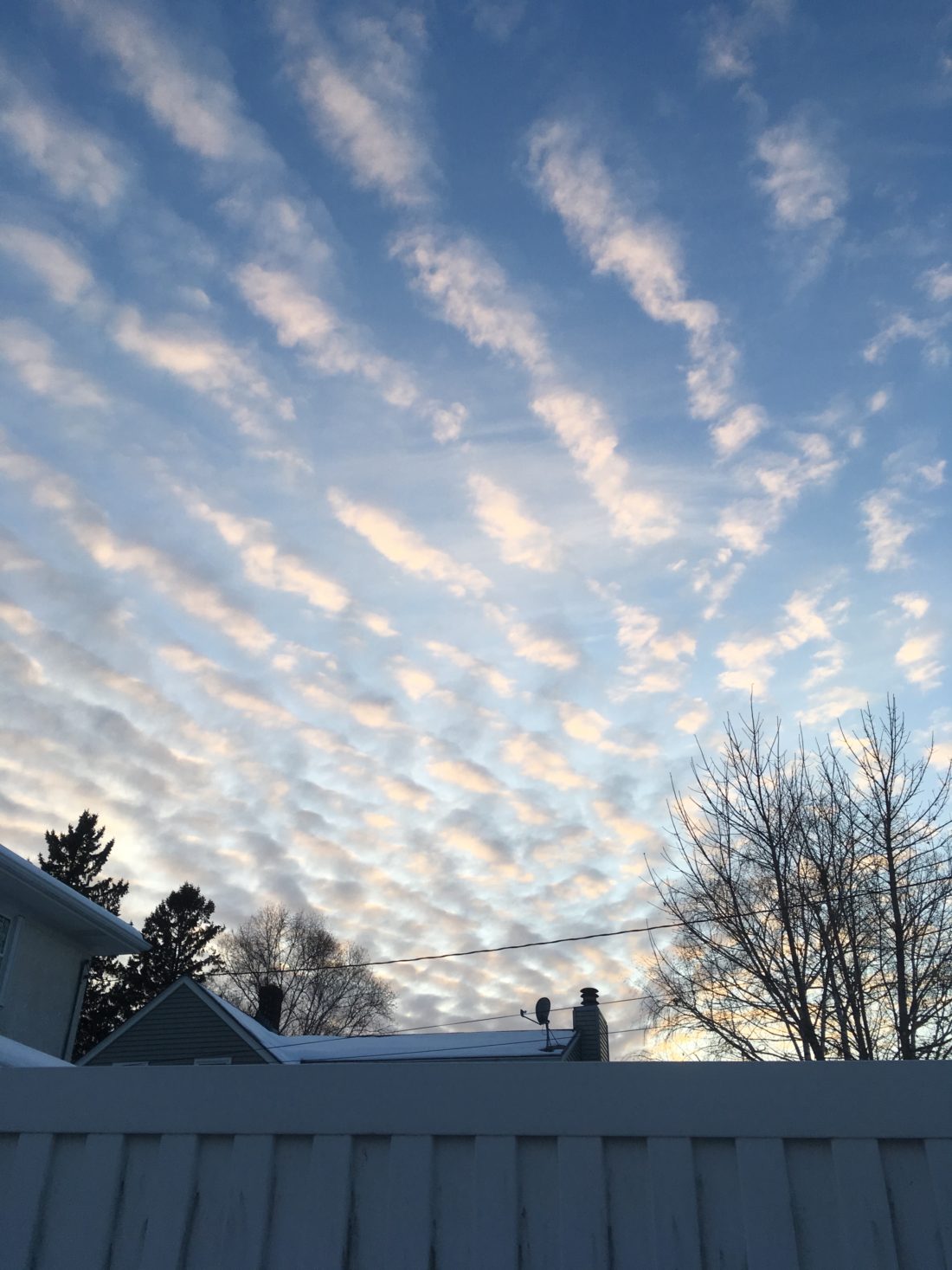 Caliban has a good claim to Patagonian ancestry…

There’s a strange connotation attached to ghost towns: folks seem to assume that (aside from the tumbleweed) ghost towns are empty. Whether due to emigration or extinction—whether the land is downright hostile or simply inhospitable—ghost towns are, in the common imagination, blank, lifeless places. Empty.

This is, of course, not quite true. Even ghost towns have histories—they have, as the teleology would have it, ghosts.

Maria Sonia Cristoff seems acutely aware of this, and in False Calm: A Journey Through the Ghost Towns of Patagonia, she sets out to document those not-quite-abandoned spaces where the living must learn how to coexist with the local ghosts—from hollowed out corporations to unlucky children; from the indigenous Tehuelche tongue to foolhardy colonists; from the missionaries who hoped to save the world to the sinners who hoped to save themselves. Sometimes these ghosts are saints, protecting the unfortunate; sometimes they are evil spirits invading dreams and sowing the seeds of madness. But—in the words of one interviewee—on the meseta, everybody believes in what they can believe in. The rest is survival.

Cristoff was herself born in Patagonia, to parents born there, though she left in the 1980s to pursue a more vibrant, more populous place she could call home. It was her grandfather who had brought the family to that strange southern stretch of the western hemisphere, and she explains in the introduction that he arrived ready to “[join] the project of reconstructing one’s homeland in Patagonia, as so many other had attempted to do before him…” The Welsh, the Dutch, the Spanish—so many Europeans were certain they’d found a blank place where they could create something from nothing, only to find (of course) that Patagonia is no blank slate: they were confronted upon arriving with both the peoples and the geography that make Patagonia so distinct. And while the one-half and one-quarter Tehuelche who populate False Calm have lost their language and been muddled by the colonizers, it is clear that the land is unfazed by those who sought to settle it.

No matter their efforts, none could not stop the infiltration of one of Patagonia’s most distinctive characteristics: isolation. The key, it seems, is in the geography of the meseta: the broad and empty plateau that stretches from one horizon to the next. Cristoff notes the way so many homes insist on a few meters of green, no matter the cost, to abut the meseta. She writes that these tiny, costly lawns seem to safeguard against something—thought throughout she does not quite give it a name.

Wariness makes sense, though: lost in the breadth of the meseta are serial killers, tv addicts, psychics, pilgrims, and vengeful saints. Oil companies have claimed the land and abandoned it; feral dogs laze in the streets—it is a place dominated by a kind of nightmarish logic, where I could walk and walk but still remain in the same place. In Cristoff’s telling, the bare monotony of it inspires languor, anxiety, depression—and, around the turn of the century, a horrible chain of suicides.

Cristoff returned to Patagonia to research this book, hoping to learn more about the curious isolating effects of Patagonian geography and to piece together something like a history of the region. Because it is so sparsely populated—because it claims no great reputation as a cultural hub—because it is in the global south—it has been absent from recorded history as much more than an aside. She collects in one place dozens of fragments, of newspaper clippings and encyclopedia entries, and begins to gesture at a cohesive history without allowing narration to overcome the messiness of the truth.

But as her grandfather’s generation found, Patagonia is not transformed so easily. Again and again, when they try to change Patagonia, Patagonia changes them. Again and again. And this was Cristoff’s experience, too: though she brings many different parts of the Western canon to bear on her experiences in Patagonia (Pynchon; Melville; Thoreau; Eliot; The Stepford Wives and Nightwatch and Red Dragon) they all prove to be ineffective lenses through which to see the meseta, but are instead themselves informed by the history and geography that surround Cristoff. I was constantly trying to maintain control, she writes, but I must acknowledge that there were moments when the atmosphere spoke through me.

Throughout False Calm, I got the sense that Cristoff was often wrestling, just barely off-stage, with an apophatic instinct—that readiness, when our languages are incapacitated by the reality of the world, to resort to words like indescribable. To say it is beyond words; that words fail.

This last phrase is deceptive: it is not the words that fail, but the writer, whose task it must be to sit and consider and approximate, to find the sense of it and the metaphor. One of the ways Cristoff manages this is her stellar use of form to convey sense. Her paragraphs spread themselves across multiple pages like massive plateaus, almost to the point of despair, before she allows us a quick breath.

In the language of the scientific method, there is a critical difference between claiming that results are “precise” and that they are “accurate.” Precision refers to results that are closely clustered; accuracy to results that approach reality on average. Though I must admit to having no first-hand experience of the region, it seems to me that Cristoff’s method favors the latter: by picking a new angle with each chapter, meaning accumulates, the average of each suggesting what the breadth and complexity of the complete picture.

In one chapter, Cristoff retreats from her research on a horrific history of cannibalism in the region (preying upon immigrant communities, the cannibals thought to absorb their strengths; many of these cases petered out in corrupt courts) only to find herself absorbed in Red Dragon, the first of Thomas Harris’ books about Hannibal Lecter. She finds the comparisons between Hannibal Lecter and Will Graham, the FBI agent and empath pursuing him, deeply troubling. Both, she sees, have an imagination that makes them capable of adapting any point of view…The difference between swallowing another’s heart and entering the nucleus of his being is miniscule.

Lecter appears to her in her dreams that night, full of troubling whispers, and when she wakes she can’t shake the thought that the writer and the cannibal are not so very far apart. What I’m doing, sticking my nose into the lives, the stories, and the minds of other people, is the same as what he does…

It’s a metaphor that requires a heap of faith, to be sure—it doesn’t quite hold up to severe inspection, but if you can allow yourself to trust, to tumble into it with her, it’s an enthralling idea: the cannibal’s essential motivation is a desire for closeness with another; impossible closeness; closeness on a molecular level. To consume, digest, and regurgitate the stories of others—to inhabit their mental and emotional states—requires a similar radical closeness. In this way, Cristoff suggests, narrativization exists as a point on the same spectrum of behavior that includes psychopathy and cannibalism.

It raises an unavoidable question, all this philosophizing: is this book, then, essentially unethical?

Near the book’s end—though I don’t want to give anything away—there is a moment—just a flash—when hope is overwhelmed. A mask is torn away, and I felt the disappointment as a physical, visceral sensation. I had wanted an out from the death, the despair…at best, hope is suggested to be a kind of neurosis; a necessary madness that is the inheritance of our angel hearts in these animal bodies.

I was left asking if I could really believe in the outlandish, irrational hope on offer in that final chapter. Did I believe it? Did Cristoff? It’s not clear—but I think she wanted to. The very act of writing, of creating False Calm for us all, suggests to me a belief in something powerful and inexplicable that might redeem this place.

As I mentioned before, False Calm feels like the beginning of a new history; a new way of creating a record of our time here. Cristoff gives herself (and her readers!) an opportunity to sit with a place and a people in a space beyond coherent story—a space where, when you really want to get to the bottom of it, the whole story falls apart, there are gaps, unknowns, a senselessness that is better to make friends with.

Maria Sonia Cristoff’s False Calm: A Journey Through the Ghost Towns of Patagonia will be out in October, from Transit Books. This edition is translated by Katherine Silver.