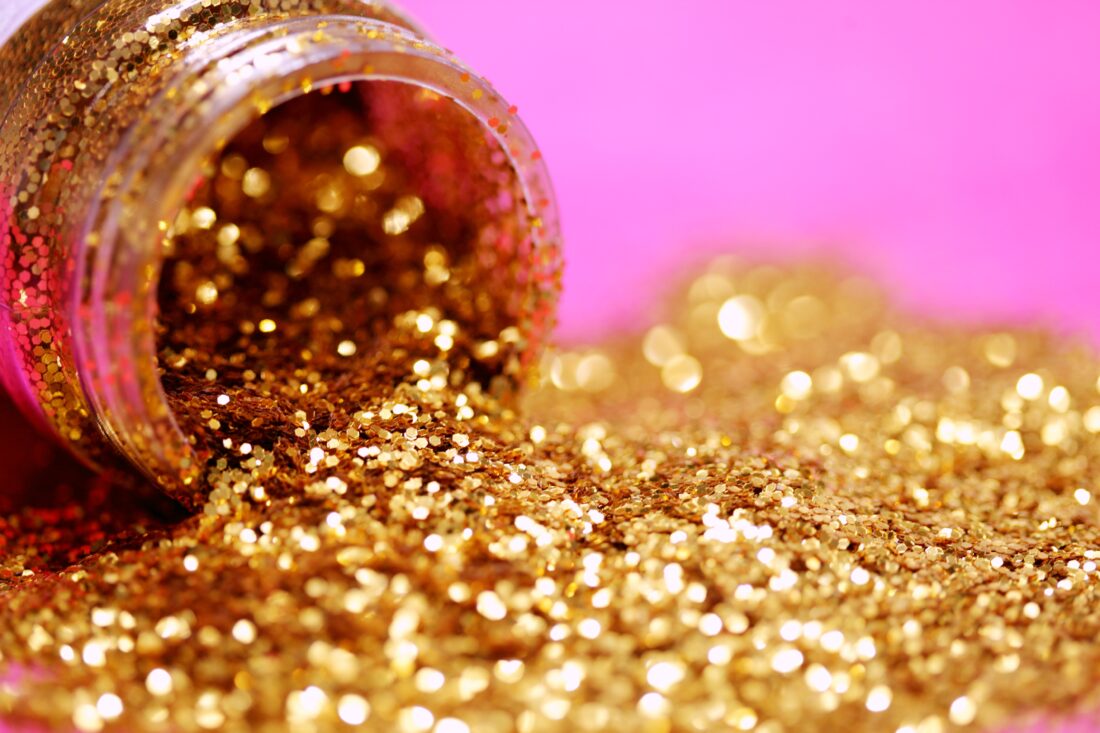 I had to live with my grandmom after my parents died last year and it’s sucked ever since. Losing both parents in a car crash? Yeah, really bad. But I bet you my PS2 that living with your grandmom is even worse.

Back when I had parents, I got to just do whatever crap I wanted. Play toys in the kitchen? Yep. Just until 5 PM on school nights and anytime on the weekend. Here? Heck no. She may be 60 or whatever, but she’s always sweeping or spraying those Mr. Yuck cleaners on the kitchen floor and mumbling weird things. Like she was talking with my dead mom. There was always my parents’ wedding picture on the kitchen table. It was surrounded by a wreath from the funeral home and candles that she let drip all over. The flowers died a long time ago, but the stems and branches were still there. She would make the dang floor so shiny that I slid on my socks and fell twice. Once on my back and the other on my stomach. I think I hit my head because I saw blue and red sparks when I closed my eyes. Call me crazy but I wanted more than two pairs of socks from Santa that year. Everywhere else but the kitchen wasn’t the same. Old boxes and trash started piling up in the corners of the living room and even the hallway to our bedrooms. It was like the house was clamping down on us one box at a time.

So, she got a dog. Like that was going to help. The nurse at school told me I was allergic to furry stuff like in 2nd grade. My grandmom knew that cause I gave her the note, but here she was with this mutt that coughs. A little thing like a terrier. She growled at me a lot. I was playing with Hot Wheels, and she sniffed the cars and coughed on my face. I got mad and yelled at her. Then my grandmom yelled at me worse. She held the broom like an old knight ready for battle but then the oven would beep a bunch and she’d stop. Then we’d have lasagna. It was either that or TV dinners. She always made that good. So much cheese. I fed it to the dog once. She ate it like she was starving and started begging. My grandmom made her fat giving her human food all the time. And then I started getting fat. Really fat, like it took two Kid’s Cuisines to make me full. I got the dog to like me by giving her the scraps. Bubsy, she called her. After dinner, my grandmom would pick Bubsy up like a baby and sing to her. I could see her nipples sticking out of her round belly as she fell asleep in her arms. Everything was fine and dandy with my grandmom for a while. But then something happened.

She would have wine with every dinner. She called it ‘p’erpl juish’ but I’m not that stupid. It was wine in a box that didn’t make sense because it never leaked. She also took medicines. Ever since my mom died, she always had a pill bottle with her. Maybe she should’ve called my grandad to help out because she was always complaining about the grass. Guess I learned that death and divorce are both weird things. Their daughter died and they still couldn’t be strong together. My parents never fought once, unless I was sleeping, I guess. Maybe that’s when she started taking those pills with the wine to get strange as heck. One time, she took me to get Dairy Queen in her smelly tan car. I watched her eyes shut, then her head got low, so I yelled, “Grammy, wake up,” and I’m glad she did because the car in the other lane beeped at us. We got there and she forgot to bring any money, so she had to write a check. Her handwriting looked like crap and the register person seemed mad. We got back alright but a lot of her ice cream melted into the cupholder with coins and buttons. She plopped on the couch and didn’t move for hours. She had that dumb Family Feud game all loud, too, so I stole the remote and put on Nick. She was still enough to look dead. And one night she almost did.

Dad always told me to be a man you have to know what to do when it matters. And that same time she took the pill with the wine on the couch, she fell the heck over. Banged her head on something cause it was loud. I don’t know what but there was blood. It scared me. Bubsy went over and licked her bleeding face. I called 911 and almost forgot the address because I was crying but the nice lady on the phone helped me stay calm. The ambulance people got there fast and woke her up. The cop patted me on the shoulder and said I knew what to do and it felt like my dad but in a different dad’s body. He looked about his age. Glasses, too. My grandmom was yelling something in the ambulance but once they shut the door, I couldn’t hear her anymore. At least the cop took me to the hospital. My grandad came over. He seemed weird, like he wanted to cry, but wouldn’t. My grandmom was waking up and had a big band-aid on her forehead. When she saw him, she got mad as heck. They yelled at each other, and a nurse knocked on the door, so he left. I told him, “But Bubsy needs to go outside,” but he just kept walking. I had to stay the whole night. A nurse gave me a pillow and cheese crackers. She said I was doing the right thing or whatever. I was bored to death, but I fell asleep a few minutes after the nurse shut the blinds. I hated hospitals already but after that, I never wanted to go in one again.

So, she stopped doing that and got really mean like a witch. It was like the pills and wine kept her happy and calm. She kicked Bubsy when she was cleaning, and the dog wailed so loud. I felt bad when I saw her wobble-run to my bedroom. Then, my grandmom got a phone call. So long that she took the phone into the bathroom and left the door open. I hid around the corner and Bubsy followed me with her tail between her legs. There was some waiting music all crackly and weird so my grandmom grunted. It was gross that I heard her poop and all. A person came on the phone as she was wiping. She started complaining about the hospital bill. The guy on the phone was all calm. “We can work this out, ma’am,” he said before spitting out a really big number. The number was really big. Like way past the comma. When my grandmom heard it, she flushed the toilet and cursed a lot. It was like she opened the Big Book of Bad Words. I felt my stomach grumble. She washed her hands and hung up the phone as she walked out. Her face was red when she looked at me and Bubsy. “Whatcha lurkin’ fo, boy? Git, gaddam dog.” Bubsy yelped and wobbled into my room and didn’t come out.

Turns out, my uncle on my dad’s side came up for a surprise visit an hour later. He saw I looked sad and hugged me. I felt a box in his coat, He pulled out a box of Twinkies. “Best surprise ever?” he said to me. Jimmy, my cousin, was with him so we went to play PS2 in my room. Bubsy crawled out from under my bed, and he started petting her stomach until she fell asleep. The adults were talking. They started in inside voice, but slowly got louder back and forth. I tore the Twinkie box open and before I knew it, I ate half the box while Jimmy only had half of one. I put in a fighting game so we could play two-player. Jimmy was really good. He would go, “Aha,” after every punch and kick. I heard my uncle say something about the trash and the smell and how I should live somewhere else. That’s when my grandmom lost it. “No, he ain’t fuckin’ leavin’! My daughter wouldn’t allow it!” It creeped me out bad and I gripped the controller hard. Jimmy beat me because I was listening and I said “Fuck you, cheater,” cause I was mad and he looked like he saw a ghost and ran out. They stopped coming after that. So, that’s when I changed.

In school, I started being bad as hell. If I could say fuck proudly, all the other ones are fair game. I had the Big Book of Bad Words in my backpack. Outside in recess, I pushed some weird kid into the fence. He got a cut on his arm. I took desserts from my friends until they stopped sitting with me at lunch. Bunch of losers. I got a lot of detentions from doing all this shit. One day, Mr. Pasternak, the principal, called me to his office instead of going to study hall. Some fucking weird bald man was there, and he shook my hand. His fingers felt like eels. He said his name was Darren Bagnell and he, like, knew about my parents dying and shit. I don’t know how he did, but he was nice and gave me a Twinkie. “Tell me what’s going on at home,” he said so I told him everything with my mouth full. He went, “I see,” and wrote stuff on the clipboard many times. Mr. Pasternak was standing by his bookcase with his arms crossed. I wanted another Twinkie, but he shook his head. He told me that it sounded like many big changes were going to happen, and I have to stay strong, but I was annoyed and wanted to go play more PS2. I burped and said, “Thanks, D-Bag,” and left. I heard dumbass Mr. Pasternak yell at me down the hall. I got my first suspension because of it. For once, that felt worse. Being away from school and trapped with my grandmom.

And it’s like, why can’t I say curse words? At least I can say all I want writing on the school computer. I can tell my grandmom to go to hell and not get yelled at. Yeah! Go to hell, Grammy! But what if she died for real? Like if she took those pills and wine and literally died. Would she still go to hell and not heaven? See, no one cares but me. Maybe I can cry, too. I haven’t in a long time it feels. Fuck shit dammit bitch. Make the . and , look like sad faces like

Told you it was the worst.

I deleted everything off my memory card. I’m leaving my grandmom and Bubsy tomorrow and going far away to live with other fucked up kids like me. I’m stuck thinking if I’ll miss them or hate the kids at the new house. I’m almost an official teenager.

It should be fine, right?

I bet my life that it can’t get any worse than that, right?