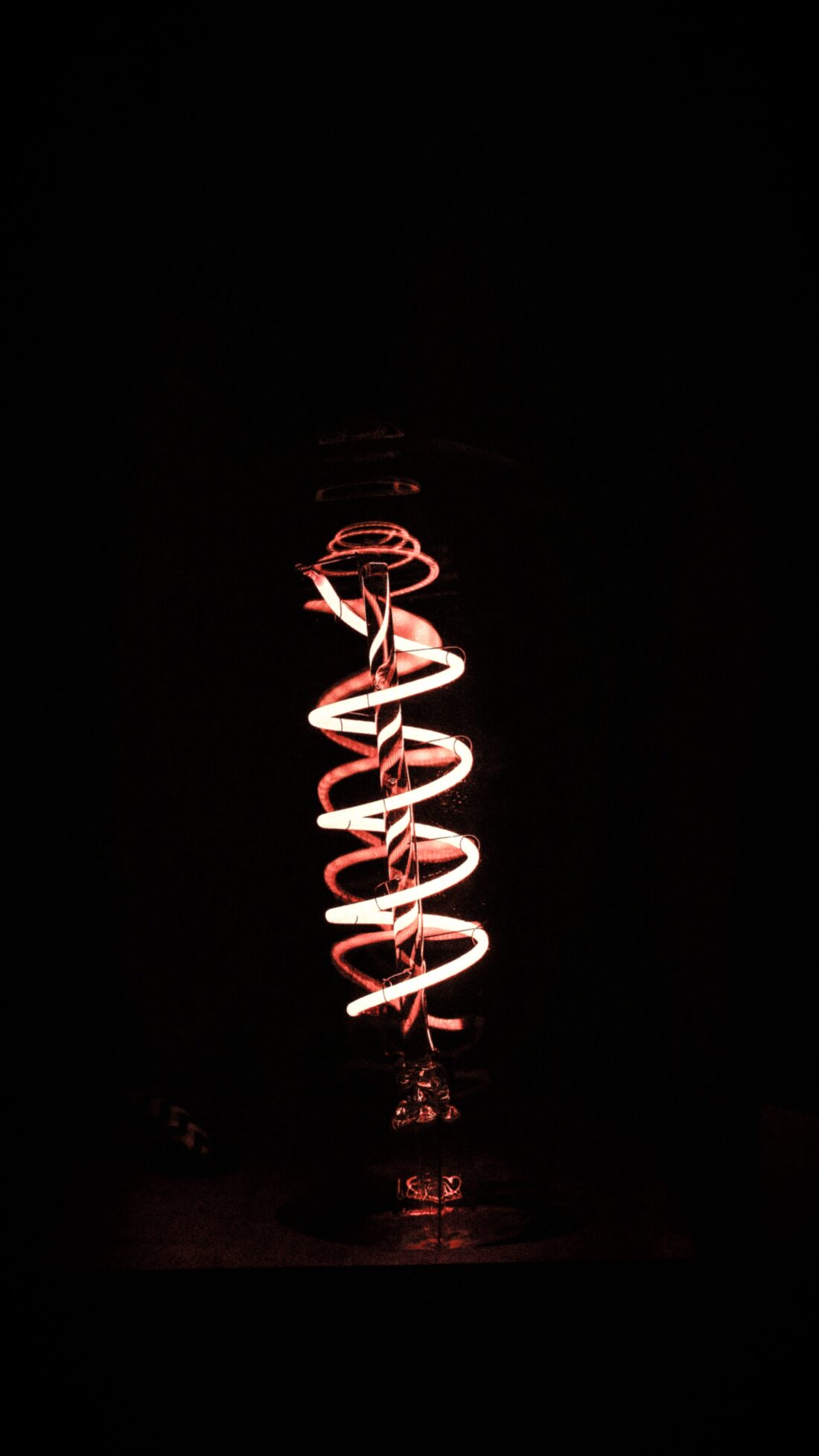 I’d heard my hands were too fat for a six string. That’s a crock, The Jazzman said, that Israel dude was a thousand pounds and played a ukulele. At the music shop, the Jazzman played the hell out of a Jazzmaster bass guitar. The Jazzman was a Black man. He wore a black cowboy hat with a feather, a dark red-and-black-striped button-up shirt, black jeans and cowboy boots, with a gold watch, and a couple rings. I’d rode my shitty bike and the bus ten miles. Try this, the Jazzman said and handed me a bass guitar, follow me. We started working out “Money” by Pink Floyd. In the band, the Jazzman said, the bass is the heartbeat.

The guitar I owned, the one I learned to play on, was a gift from my great aunt. Someone had donated two Esteban acoustic guitars to a thrift store and she bought them both. I learned how to play from the VHS tape that came with the guitar. In the beginning, I wasn’t good at picking the strings with my fingers so I learned to play Esteban’s style with a pick. I took such care when I touched anything in the music shop, they’d let me play whatever I wanted as long as I bought some picks and strings, or a magazine. Every now and then I’d see the Jazzman playing guitars. He wasn’t always there. But he encouraged me once by telling me I had natural rhythm. When the Jazzman put a bass guitar in my hands, he transformed my habit for playing scales on the E and A strings into the reason I play bass.

I begged every adult in my family, rather than get me a bunch of small gifts, could they come together for one big gift? My great aunt supported the idea and she talked with my whole family. They pooled together the cash and bought an Ibanez Bass Guitar starter pack for me for Christmas. It had a bass amp, a tuner, cord, strap, booklet, and strings.

There we were, at my aunt’s daughter’s house, the whole family, opening up presents in order from youngest to eldest. I waited patiently like the best boy, the helpful prefect, and the whole time there was this big box with my name on it. Finally, it was the older kids’ turn to open presents. All the adults had chipped in on this big present and were invested in this moment, my moment. I tore through the wrapping paper and revealed a weed eater box. I looked in the box and there was a note and a ten-pound rock. My great aunt was so pleased with her ruse. Then she ran out the house to her van. Everyone was watching her through the windows and she was running all around her van trying each door handle.

My great aunt had lost her keys and my present was in the locked van.

“Do you want to know what it is?” she asked.

I made my hands like binoculars and pressed my face on the cold van window. My family had come through for me. I knew what the present was but I had no idea what the guitar looked like.

“I can tell you all about it.”

The next afternoon, my aunt’s daughter took her across town and they got my aunt’s spare key. I finally got to see the guitar: cherry red, glossy, electric bass guitar. First thing I did was put my own flare on it—something I learned from the Jazzman—I had a holographic Rose sticker the size of my hand and I put the sticker on the guitar and smoothed it out with the wax paper