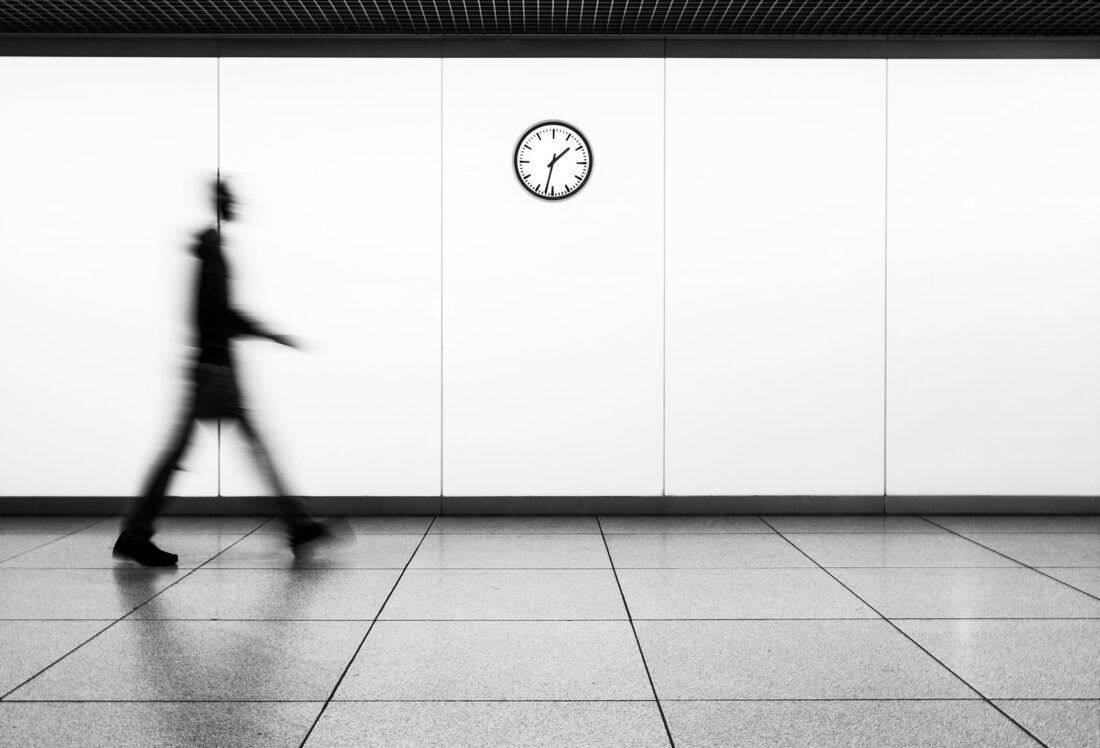 I was walking home from work one night. It was nice out. The moon was full and the trees were swaying, all that. It was one of those nights you forget. I remember kicking an osage orange. You know, they look like tennis balls or brains. Tennis brains, I guess. Anyway, as soon as I did it, I realized I was much too old to be kicking things on the sidewalk. I realized a lot back then. Did a lot of thinking, or none at all. I don’t know.

I was in this relationship. It wasn’t toxic, necessarily. Just kinda… moldy. And the most fucked up part is it wasn’t even moldy! I just told myself it was. For example, every Thursday, she’d cook salmon, and every Thursday, mid-meal, she’d ask how it tastes. “Good,” I’d say, “It tastes good.” What are we making small talk at home for? It got to the point where I’d just say “Good” before she even asked anything. As soon as I sat down, “Good,” then we’d eat in silence. I was hard on her. Guess I was in a funk. Like, she literally kept me alive, and I hated the fact that she wanted to talk.

We were together three and a half years. Roomies for two. She was vegan the first three years I knew her, then she went vegetarian and that lasted a little under six months. So technically, she only cooked salmon twice. Um. Her name was Alice, and I loved her. I really did.

But love didn’t save me from what happened. If anything, love made it happen. Let me explain. So, like I said, I was walking home from work. Obviously tired. I bartend downtown, meaning I’d been dehumanized for hours, and all I wanted to do was curl up and ask Alice to funnel whiskey down my throat. So, I turned into the alley, because, usually, I just went in through the back. But when I turned, there was this woman there. Maybe ten feet away. She didn’t have any clothes on.

My initial thought was, I don’t know, I didn’t think anything! I just kinda looked at her. First off, it was nighttime, there was a person in the alley, and we were very close to one another. Second, this person was naked. Lastly, this naked person was incredibly, almost cartoonishly hot. And trust me, I understand the word “hot”’s a bit dated now, but if you saw her…

I’d never prepared for this moment. So when she didn’t say anything, all I could say was: “Um. Are you—are you okay?” I scanned the alley for a clue, but there wasn’t one. I ran my eyes up and down her body, you know, to check for scrapes or blood, but once again, nothing. And then guess what she responds: “I’m fine. How are you?”

And then we just stared at each other for a couple of seconds until I finally said: “I’m sorry. I um. Wow, okay. Take care of yourself now.” But when I started walking—I figured I’d try to go around her—she took a step closer and yelled: “Wait! This may sound silly, but can I ask you a favor?”

Then she goes: “Don’t be weird about it, though.”

Her answer: “You just look like the type to make things weird.”

Was she flirting with me? I couldn’t tell so I started mumbling about how I’m definitely not weird. I’m, like, super chill, and in actuality, the world’s weird on its own, so I wouldn’t “make” anything weird; whatever it was’d probably be weird already, but then she said: “Look, I can’t understand a word you’re saying. So, are you gonna do me a favor or not?”

Her tone wasn’t hostile, wasn’t playful. It told me that she didn’t have the time nor patience to deal with my insecurities.

I couldn’t contain this ugly smile, like a stain on my face. Like a lame ass kindergartener with blue popsicle around his mouth, just smiling away.

“I have no idea! All I know’s that I turned the corner, and you were standing in this alley, naked. Now you’re asking me to grab your breasts. I just… I’m sorry. I’m just a little confused as to why?”

What do you think she says: “Why not?”

Okay. At this point, I’m pissed. “Maybe because it’s fucking weird. Plus, I have a girlfriend, so I apologize, but I can’t do it.”

I start walking away, half-assed. Then she goes: “You honestly think that grabbing a breast is considered cheating?”

She cuts me off: “Then there’s nothing wrong with it.”

God, what a persuasive bastard. I was frozen, you know. Images of Alice and I on the beach in Miami. Her and I bundled under four tons of blankets during the winter, drinking hot chocolate and rum. I pictured shaking her hand for the first time, that spark we shared. Those eyes, so astral and pure.

“I’m not gonna stand here all day,” the woman interrupted.

“One breast. I’ll grab one breast, and that’s it.”

“So, grabbing one breast isn’t as bad as grabbing two?”

I approached her. Glanced around one last time to make sure no one was watching. Perhaps I wanted someone to see. Show the world that I was capable of grabbing a human breast, one that wasn’t Alice’s. That could have been it, but I think more than anything, I wanted to prove to myself that I could do it. That I wasn’t some gutless schlub, waiting to get cheated on. I am a man of action.

So, I took a deep breath. Stuck my hand out, and well… That was it. I’d love to tell you that it felt like heaven, or magic, the most magnificent thing I’d ever touched, but in all honesty, her breast felt like a breast. It felt like Alice’s breast, really. Maybe a bit more full in the palm, but the skin felt the same, the squish. What did I expect?

Two seconds in, I realized I’d made a mistake. I looked back up at the woman’s face—I’d been staring at her chest, obviously, so as not to miss my target—and she was smirking now. I couldn’t tell whether the smirk was due to her happiness or my misery. Either way, I didn’t like it. Too divine, too judgemental. Almost seemed like it came from a place of sadness. I held on, if only because letting go may have meant letting go of God. The woman shook her head, and that’s when the confetti fell.

Hundreds of cheering nobodies came bursting from behind and out of dumpsters, and paraded down the alley. They blew party horns, wore tuxedos and flowing dresses. Some popped bottles of champagne, and they all had forgetful faces. There was a band, too, and the band played swing music while the crowd danced. Leading them was a man in a red and white barbershop suit. He held an enormous camera, stuck it an inch from my face, and over the excitement, shouted: “How’s it feel to have commited suicide?”

My arm dropped numb, and my whole body felt heavy. When I tried to speak, I couldn’t find the words. The woman leaned in and whispered in my ear: “Goodbye, love.” She kissed me on the cheek, then disappeared into the celebration. The man in the suit stood there, waiting for an answer. He had white hair, and a grin that covered most of his head. I didn’t want to die. I wanted to go home and eat salmon.

Finally, I gathered the strength to say: “I don’t… I don’t understand.”

“You’re dead!” the man said. “You can’t just go around grabbing women’s breasts. Come on, you knew that.”

“But it wasn’t… it wasn’t cheating, though. That’s what she said!”

I weighed my options and decided to run. The thought traveled down into my legs, but they didn’t listen. So my mind started to scream like maybe they’d hear me then, but still, no movement. It felt like I had magnets attached to the soles of my shoes. Sensing my predicament, the man said: “It’s not gonna work, dude. Trust me, we all tried running too.” He checked his watch and continued: “Oh, darn. Look at the time. I hate to do this to you, but we gotta wrap this up. Any final words for the camera?”

“But it wasn’t cheating.”

“A real wordsmith,” the man said. Then he turned toward the crowd: “Alright everybody, let’s shut it down. We’re done here. Always the same, pathetic justification.”

The drums and horns came to a halt. The bottles stopped popping. Everyone about-faced, and slogged down the alley, grumbling among themselves. The man in the suit turned to me one last time and patted me on the shoulder. He raised his eyebrows, chuckled, and said: “Well, godspeed you little devil.” And that was the last of him. He followed behind the herd, and eventually, I did too.