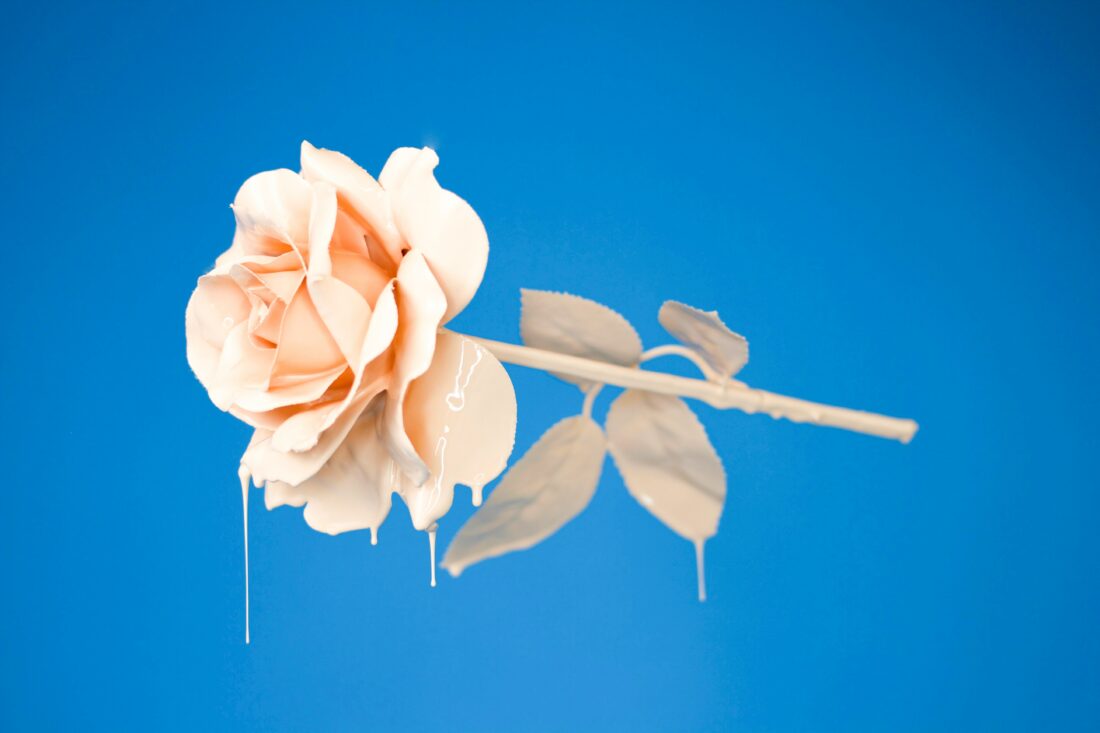 He thought he ought to give her a key to his place. Yes, it had been three months, but he could feel it. The way a snake knows when it has to molt, or when a caterpillar knows it has to go into a chrysalis. The time was right. He loved her. The way she made a big yawn in the morning, so big he feared she would one day break her jaw. How she knew and observed every national day. How she had books on world religions, but no bibles. How she always called him “Sweetheart.” Her permanent smirk. Her blue, crystal eyes. How could he love her anymore? By giving her a key, of course.

So, when she came to his place for a spaghetti dinner, he didn’t have a whole lot of pasta or money, so they were having potato chips as a side dish, with two soup bowls already beside their plates of spaghetti. The key was in the potato chip bag. Should she want more potato chips, she would find it.

The table was set when she came in. He kissed her on the cheek and pulled out her chair. Took her hand after he took his seat.

She put her hand in the bag. She made a soft gasp, and her eyes widened as if she found a ring, she did not pull it out. She took her hand to her chest and said, “Sweetheart.”

She put a hand in the bag, feeling for the key, pulled the key out, and went, “Oh.” Nodding.

“It’s just a spare key is all. It means you can come whenever you like.”

He could see the tears welling up in her eyes.

“Well, I don’t need to when you’re here.

She got up and began to pace.

“We won’t have to drive forty-five minutes to see each other anymore. We can save on rent.”

“We still have to meet each other’s folks.”

“They can all meet here, Julie. A big old pow-wow, Julie.”

“Because I can’t say yours!”

He sputtered out some “ehs,” “uhs,” and “wahs,” while she was steeling herself for her lament.

“I know you told it to me when we first met. That first night. I can picture it so clearly; you looking me in the eye and you saying it, but I can’t remember what you said. You. You are always good with names. You kept on saying mine as if it were both an indefinite and definite clause. I didn’t have the heart to ask you to repeat yourself.”

“I hoped it would resolve itself. I thought maybe one of your friends would say it when we all hung out together–”

“I don’t have any friends.”

“I thought I would see it on a piece of mail whenever I came over to your place.”

“I thought about going through your wallet, but I can never find it.”

“Most of the time, neither can I.”

It was a lot to process. He got up and went into his bedroom, locking the door, and playing music that best fit the montage he played in his head of Julie and him:

The night they met at a Chinese restaurant while waiting for their respective orders. They were both there alone, and they were the only customers. He went over to her. He asked if he could sit with her. The waiter brought his order, and he waited to eat until her order came out.

She said her name. He said his. She had orange chicken. He had walnut shrimp.

The Chinese restaurant was a small little shop on the roadside. There was a boombox by the register playing country music. He and Julie were both traveling and picked this place as it was the only restaurant for miles. After finishing their meals, a sweet slow song came on. Julie said how she loved it, and he asked her to dance.

The woman running the register left for the backroom as the two strangers slow danced.

They were traveling in opposite directions but promised to keep in touch. For the next nine months, they passed the Chinese restaurant en route to visit one another.

He replayed every “Sweetheart” in his head. Every “Julie” that preceded or succeeded every utterance of that name. And he kept on replaying that first, “My name’s Julie.” He played that song they danced to. “My name’s Julie.”

“Oh, Julie,” he said aloud now. Then he unlocked the door. She was still there. Her face was wet with tears.

“You have nothing to apologize for.” He kissed her.

“The anticipation has been killing me all these months,” said Julie, laughing about it all now, clearing the table. “Should we just get it over with, or make a special moment out of it?”

“I figure it will always be a special moment,” he said.

She stepped back. “Edward?”

“I thought your father’s name was Greg?” He’d technically met him whenever Julie was video chatting with him and her mom and, in a way, introduced them all.

“Why’d you never tell me that?”

“I’ve tried to forget about my father,” said Julie. She ponderously stared into the middle distance before bolting out of there.

“Julie, wait!” She made out of there like a bat out of hell.

She returned the next day. She had left with the key that night. She came into his bedroom.

He started opening his eyes.

She was correct about that.

“I was sorry to leave you with your woes, but I had my own to tend to.”

He tried to make a noise. All he could manage was a weak moan.

“I am leaving the key.” She put the key on his nightstand. “Sorry.”

If he hadn’t fucked up, he thought, he would have never have had her.

“My name is Edward.”

An uncomfortable look. No dance. No exchange of phone numbers. No us.

The only time he’d ever been to that Chinese place was the day that he met Julie, but a few weeks after the break-up, Edward made a pilgrimage out of returning, to show himself that it wouldn’t hurt and that he was over her, but that was not the case. His heart ached when he stepped inside, when he placed his order, and when he sat down. He just hoped that her song wouldn’t play, but it did, and while it was playing, she, of course, came in.

He expected her to turn around. To leave again. But instead, she asked if she could sit with him. He nodded.

“They’re all the rage. Listen, I’ve realized I made a mistake. I was on my way to your place to tell you as much. But then I saw your truck outside as I was driving by.”

“I came here in the hopes that it wouldn’t hurt.”

“Then don’t. You can call me whatever you like, so long as you call me.”

The woman running the register said Edward’s order was ready. He brought it to the table.

“It’s funny that I didn’t remember something like that. Must’ve repressed it.”

“Dance with me,” Julie said.

“Still enough to dance to.” So, he wiped his mouth clean of the one bite he took and they danced.

The girl at the register stuck around and watched. She was even swaying.

They left her car at the restaurant parking lot.

“Edward,” said Julie in the car. She said it like she was still getting used to it.

“Do you still have the extra key.”

It was still on the nightstand gathering dust.

She was in the kitchen, sitting at the table. Edward picked up the key, dusted it off, and brought it to her. He held his hand open for her to take it.

“Are you sure you forgive me?” said Julie.

“There’s nothing to forgive,” he said.

She took it and admired it as she held it between her fingers as though it were a small photo before attaching it to her keychain.

She got up and hugged him. “I love you, Edward.” She still struggled with saying it. “I will be honest. I’m going to call you ‘sweetheart’ for the most part.”

“Think of it this way. Edward is who you are, but Sweetheart is what you are. May not have any legal standing, but it has its merit. Don’t you think?”

It came to him that night when he should tell her. He was coming back to the bedroom from the bathroom. She was in bed, her eyes were closed, but she was sitting up and looking at her phone when he left, and the lights were still on.

“Are you awake?” Edward asked.

She made a noise. The half of her that wasn’t asleep attempting to talk to him.

“I should tell you something, Julie.” He played that crucial moment in his head again.

Well, wait. Julie. Edward. They’re both two syllables. It was possible he did say, “Edward,” that day, and he was about to spoil their good time for a false memory. Be no different than telling her something horrible he did to her in a dream, like that time during their break up when he dreamt he killed her father, her father was some shadowy humanoid figure with undistinguished features.

Finally, Edward said, “It can wait.”

Julie made another noise.

Increasingly Intense and Claustrophobic: An Interview with Madeleine Watts