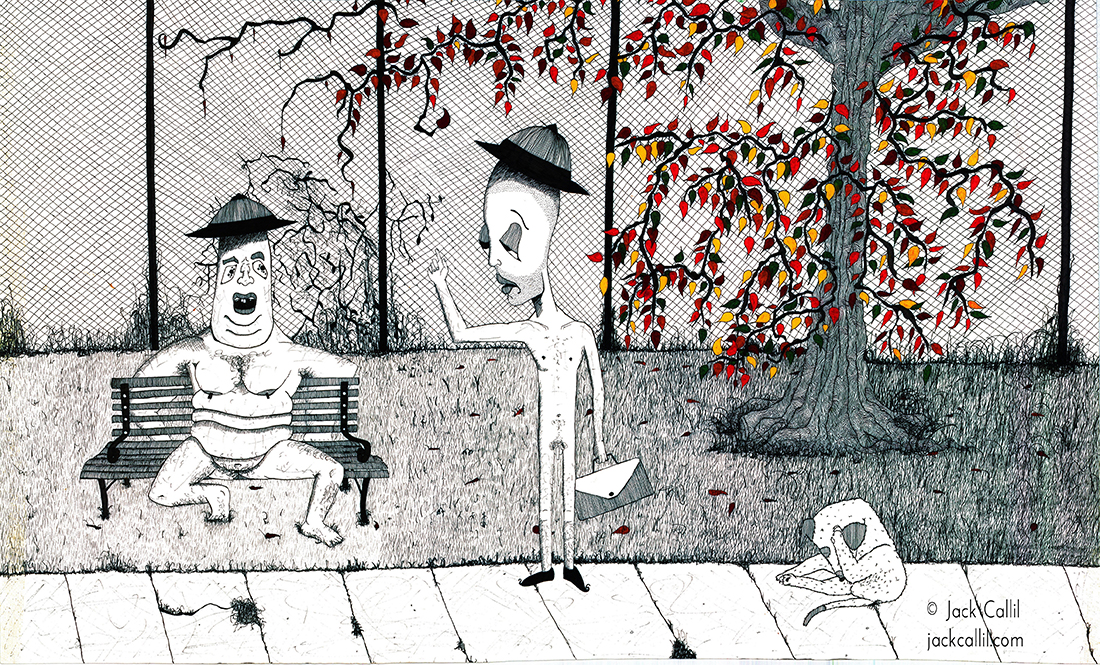 Sex Under The Microscope

Your parents give me the once-over.

Where do I hide these fingernails

that have scratched your naked back?

Into which pocket, do I slip the sex?

Smarten up, you’ve been saying to me,

anything to frame the beast in civilization.

You’re worried that something grotesque,

decayed, survived the last time we made love

and is showing somewhere on my person.

and still you are afraid.

I must remember to shake their hands

Yes, if we are to survive our own bestiality,

we must be able to fashion it into fine living.

fall in politely with

what do you do for a living.

Just don’t let on that

we are as much genitals as brain,

predators whose biting and gnashing

may someday spawn them a grandchild.

After the wedding, of course.

some words said in church

and a feast to obscure the real feasting.

Victim Stares Up At His Killer

to an utter dizziness of the head,

to those flashing triumph,

is to understand how the unordered mind works,

a kid’s cap skewed to the side,

the way these maples die in winter

though no one’s knifing them

In a diner, some truckers grumble at each other –

while others gulp coffee

or spread jam across dark toast.

One says he picked up a hitchhiker,

his first in over a year.

A pretty blonde he adds,

I’m at my usual table

scribbling some of what I hear –

the pretty blonde makes the cut

but not some no-name ball-game

played on the west coast.

because it doesn’t involve my own life.

My argument with my wife doesn’t get a mention.

Nor does a sick sister

or my latest work project.

I overhear the jokes, good and bad,

though none are aimed at me.

I get insight into the hardships

of a trucker’s life

but not the ulcers.

The waitress refills my cup.

But it’s not the only cup being filled.

These men, and occasional women,

And the best part is,

they do not know that I’m a freeloader.

I could go on but that’s their job.

the suns that ignite my upstairs window.