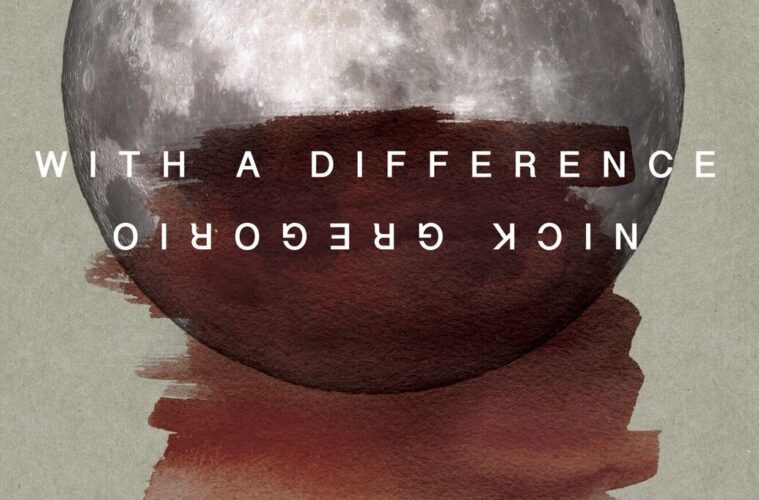 An excerpt from WITH A DIFFERENCE:

We at Existentially Speaking have experienced all the pressures and pains of waking up before the sun does, dressing up in clothes that define us, fighting our way through traffic to get to a place that will eat eight to ten hours of sunlight. We have come home to burst pipes, sick children, overdue bills, reeking hampers. We have stared at the ceiling until two, three, four in the morning, or right up until the alarm goes off. We have also taken part in the drooling delusions provided by doctored photos of moments in lives of people we will never know. Tapped bile onto a smartphone screen, sent it away, and waited for someone, anyone to write something, anything.

Conversely, animals cannot comprehend the idea of the government, the NFL, or American life being rigged—much less have the gall to believe such things. They wear what grows on their backs in patterns that are unique to each of them. They live on their own terms according to their immediate needs. They exist within their natural environment instead of in spite of it. They thrive in that which we all have dared not even try: To live. To run until their legs burn. To let it hurt. To be.

Existentially Speaking has been serving patients for more than a decade with our patented method of relieving them of the human condition. Through our FDA-approved procedures and treatment programs, you too can achieve a fuller, healthier life, and the blissful peace of mind inherent only in our four-legged cousins.

Former high school Biology teacher, Darien Gambone, of Philadelphia, Pennsylvania had this to say upon the removal of his thumbs and reversal of his knees: “I was living scared. You’re told, as a kid, that you do what you have to, and, eventually, you can do what you want. But that’s not how it works. Not for me at least. My entire life was being pushed, pulled, moved by outside forces. Circumstances I couldn’t control. I didn’t want to be a part of it anymore. But now I’ll be able to strip off all my clothes and sprint into the woods without needing to think about what time I’ll need to be back, or whether I left the iron on or not, or if my performance review would accurately reflect my work ethic. I’m happy. And I can’t wait to continue my treatment with Existentially Speaking.”

Anna Rangel, physicians assistant from Temecula, California, had this to say upon electing to begin treatment: “My friend had it done. I see her out in the forest sometimes when I’m out jogging. I can’t believe how happy she is. Wagging her tail, her tongue hanging out, her coat so shiny and soft. I can barely make it through a workday without smoking half a pack of cigarettes or pouring some whiskey into my coffee. I want this. I need this.”

Benjamin James Baker III, now going by his chosen name, Ruffy-Roo, had this to say upon his final treatment and complete metamorphosis: …

Well, you will just have to take our word for it when we tell you that his tail has not stopped wagging since he bounded out of the CCC (Cerebral Conversion Chamber.)

We understand that you may have reservations about our patented, FDA-approved procedures and treatments. That is perfectly natural. However, if we may, is that not what you crave? A natural state? A way to reconnect with the world that has left you behind?

You are not alone. You never were. We are not offering you a way to escape from the world. No, we are giving you the chance to live, for the first time, to your fullest potential. To become part of our planet’s collective unconscious from which many people work tirelessly to remove themselves.

With Existentially Speaking, you can feel whole for the first time.

You can claw your way to the top of a mountain, howl so loud that you will not just be heard, you will be felt.

You can be your truest self.

Existentially Speaking. Become what you were meant to be.

With a Difference is a cross-genre collection of short fiction and poetry by Nick Gregorio and Francis Daulerio. Influenced by split EPs made popular by many bands a couple decades ago, this collection is being affectionately referred to as a “cover split” in which Gregorio has adapted ten of Daulerio’s poems into short stories, and Daulerio has morphed ten of Gregorio’s stories into poems. Expected from Trident Press in May 2020, this collection mirrors its musical influences by featuring two front covers designed by Adde Russel–the mastermind behind the album art of Death Cab for Cutie’s Transatlanticism and Plans–and the need for readers to physically engage with the book by flipping it over to read each side, just like a favorite vinyl record. Please visit www.nickgregorio.com, and/or www.francisdaulerio.com for more information.