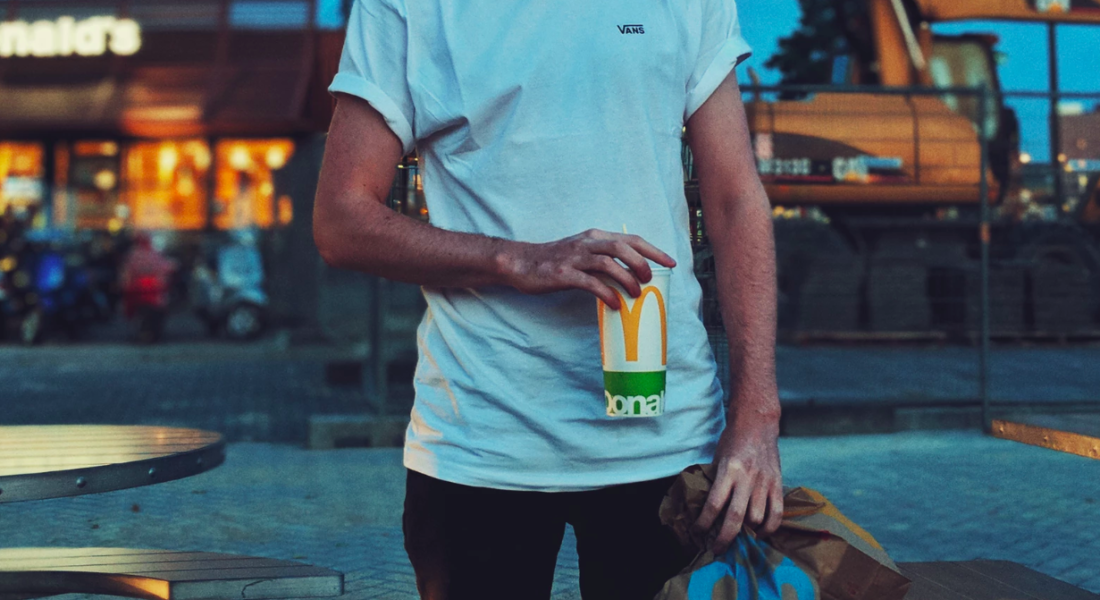 He wanders up to fast food windows hoping someone will hear his confession. A seagull flaps over his head and he rises in bed almost hitting the ceiling fan. He says, Mexico? Either pelicans or shamans crouch on the river rocks with fright-night movie eyes or maybe his own reflection in the sliding glass as ghostly couples pass matrimonial and erotic and wide-eyed on the next day of the rest of their lives, the lost stepping out of the resort and going back to field basic one before the next bright idea comes along like a pure and simple distraction in a nutshell, and he writes it down as though he has to say stone and stone again in order to have anything to step on because how else are you going to cross a thing like this and how long until you forget you’re even saying road and road appears or bed or sleep or a head to rattle around in with that sky-high primordial face barely out of high school saying , can I take your order? And all he can think to say is, meat. I’ll take the meat to go.