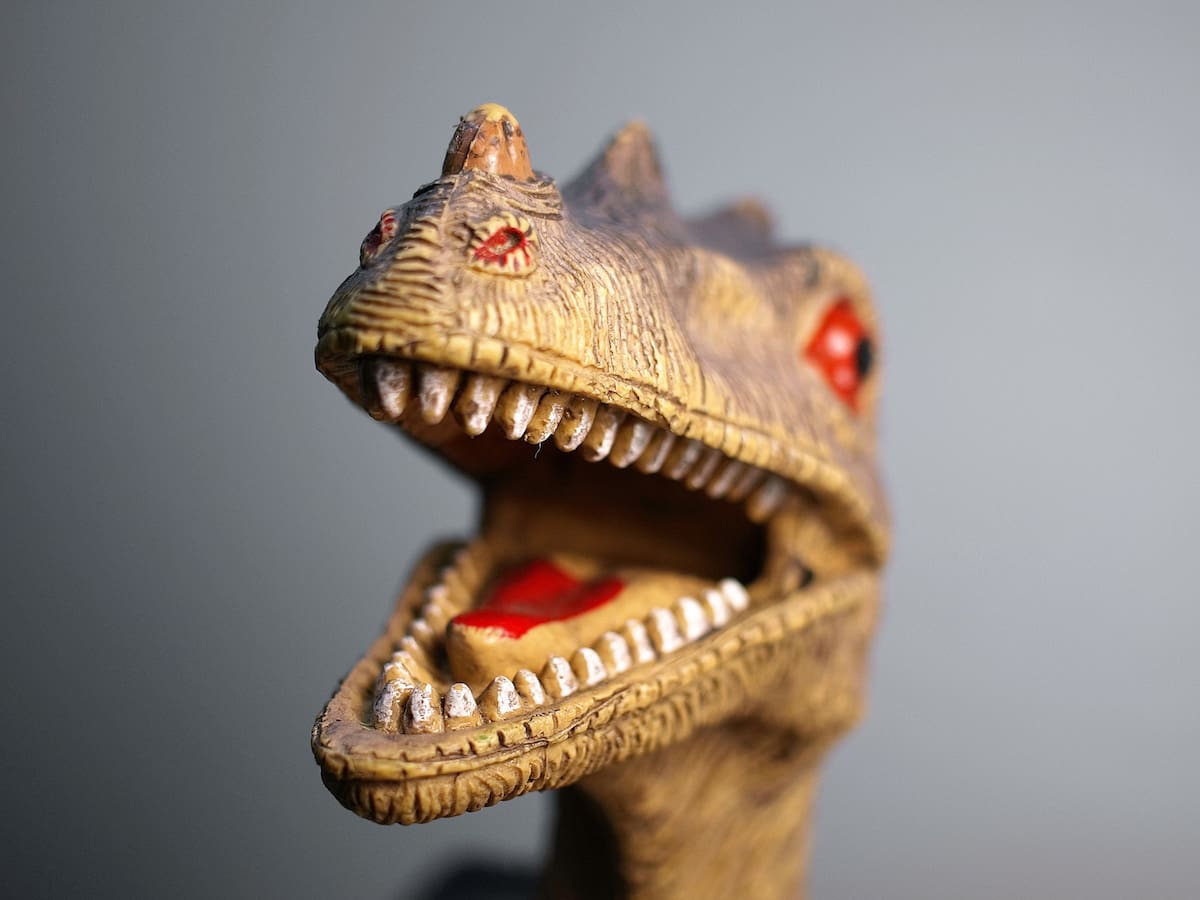 The dinosaurs are shy and fairly small. My T-rex waits in the foyer for the mail as the Stegosaurus munches aloe vera in the kitchen. In the garage, the Ankylosaurus thumps about happily clubbing my ex-husband’s jicuri drum that he left when he moved in with his girlfriend (aka our yoga instructor). I don’t care and, anyway, the rhythm suits my meditation. The garage door opens and little feet trot over to the sofa and start digging into the knot I always carry in my left shoulder—despite being able to hold the matsyasana for five minutes. Then they fetch the organic Shiraz and fair trade dark chocolate to try and get my attention. On my lap, I get notes bitten into hearts by the T-rex who is the least affectionate and most misunderstood. He got into the photo albums once and ate all the pictures of my ex-husband. But my T-rex can’t help his Tyrannosaurian mood swings and he never calls me a withdrawn fossil. Plus, I don’t mind his carnivore morning breath. And no dinosaurs ever complain about my homemade anise toothpaste. Not like those psychic vampires I gave birth to. Thank god their father wanted custody. My dinosaurs won’t ever choose him over me. They understand that meditating two hours a day means I’m honoring my ultimate self, not avoiding anyone. And don’t I deserve it when so much of what I do is for others? That’s how I got the dinosaurs. I ordered them for Kevin’s birthday and they should’ve been shipped to my ex’s new place but the Universe sent them to me. Good thing I opened the box. I thought they’d be replicas! My dinosaurs need me. There’s no rescue center for them and Kevin doesn’t do well with live animals. That’s a tiny bit my fault. I let him eat meat as a toddler. I’ll never make the mistake of having kids again. Dinosaurs are family that understands boundaries. I get my quiet time while they enjoy warm surfaces and small, high places or batting things around on the Tibetan khaden. They know not to touch my crystals or weavings. And they chase away the Bichon Frise who enjoys re-gifting his meals to my heirloom carrots. Of course, I never let them out when my neighbors are around. We had that incident with the mail carrier and I nearly got fined, but she was too embarrassed to admit what had attacked her. I know my T-rex would never do that to me. He’s happy with a rare, grass-fed sirloin twice a day. I wish he was vegetarian, but he just doesn’t have the teeth for it. Red meat is the way to a man’s heart, my mother said. To a T-rex’s, too, and really, at this point, who cares about the difference? Dog, child, spouse, dinosaur—they all want to nosh on your bones.