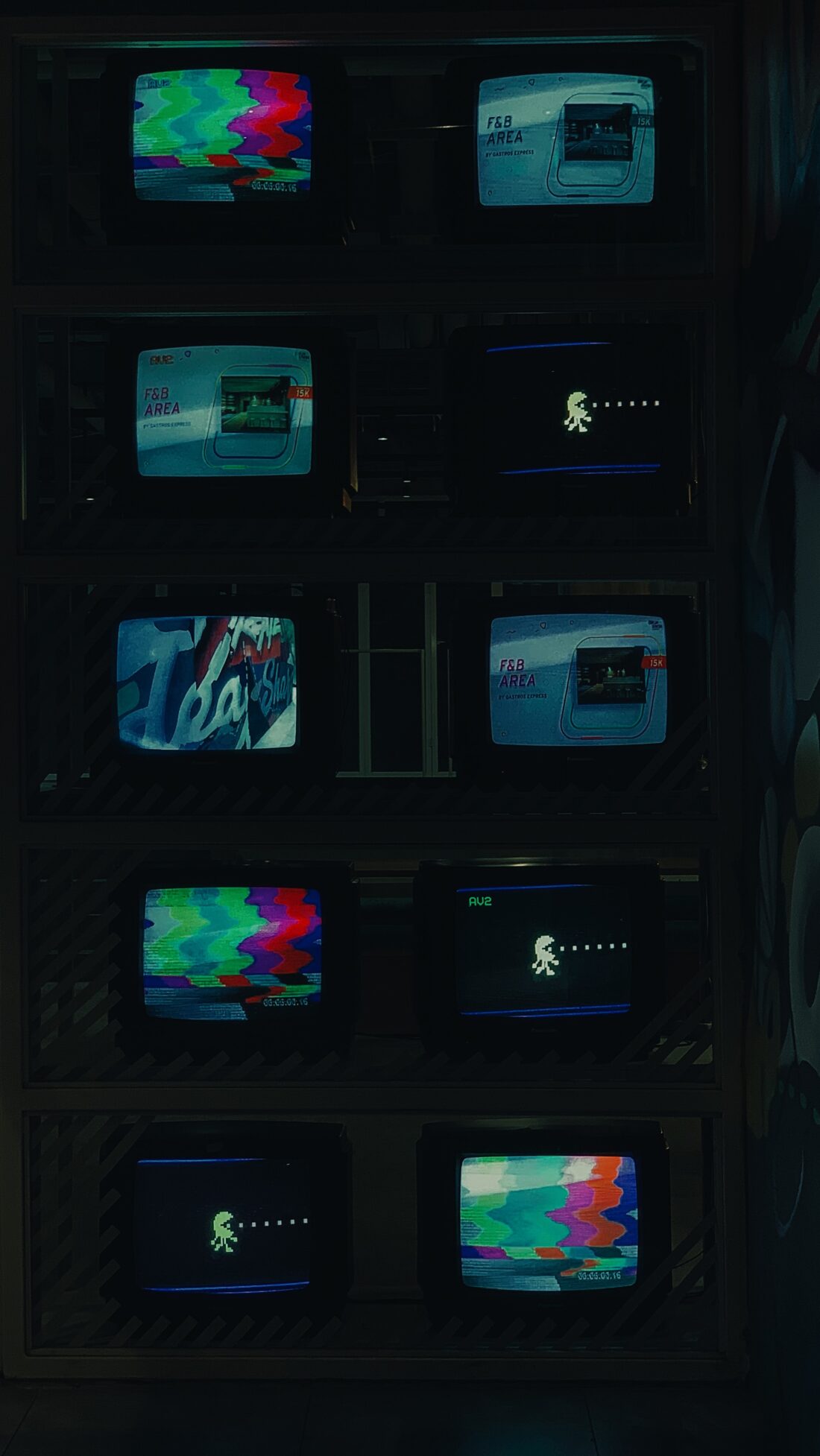 Big eyes like 8-balls, stuck in a marshmallow-like, orb-esque, cereal milk blue, synthetic fluff. Canonically, it was made of something like organic foam rubber, making it huggable, soft, and endlessly resilient. But not so resilient as to be immortal. It had to be killable, if it wanted to be loved.

V shook his head. “I don’t get it.” The tag said Fuzzler, from DC’s hit show Killer Heaven. Stream now!

Britt, poor long suffering Britt, she put her fingertips to her head and scrubbed indiscriminately. “You don’t have to get it. You have to sell it.”

Ever the aspiring intellectual, V couldn’t abide that. Too easy. Never accept what you could analyze to death. Break down to component parts. Decontextualize and reframe. Adopt cynical distance. Hipsters, poseurs, they hated things because they were cool. A true intellectual hated nothing. They judged, quietly, and beheld everything with either cool appreciation or apathetic disdain.

Nobody liked V, because he was a cunt.

“Look, I understand fandom insofar as it’s couched in a genuine love of the character,” he said. “However, mascot characters lack any kind of development. They are designs, symbols, pieces of art. It’s propaganda with no meaning other than ‘Watch this show,’ and it’s frankly kind of sinister.”

“Actually, Killer Heaven was originally a comic book printed under the DC’s Vertigo imprint. Warner’s brought out the IP to compete with Deadpool, since Disney is beating them in the dark comedy genre. And every other one, I guess.”

“I read a couple issues on 4chan. Liked it, didn’t love it. Kind of like Grant Morrison, but lacking the self-aware vector.”

“Do you think you could do better?”

Fuzzler was already a hit. Even now, by the front door of this mall store, there were kids and adults cooing over a box of talking plush dolls of the round, shitty alien. Sign above said $24.99 Priced just out of impulse buy territory, this was something you had to think about. Stopped you, lured you in, got you interested in a cheaper option, and buy the time you’re done your tab is in the low three digits and you’re shaking your head, running your card, Another paycheck gone, but then again what the fuck else are you supposed to do in the ass-end of Indiana.

Somewhere deep in the offices of the holding company that owns the conglomerate that owns the media company of which Warner Bros is a subsidiary, there is a machine. It resembles a 1980s era workstation computer, one of those monolithic beige towers, except it is twice as tall and half as wide again compared to one of those. The front of it is covered in unlabeled LED’s but no buttons or switches, in fact no way to interact with it at all. Coming out the back  is a retractable car radio antenna that periodically glides up and down with a pleasant whirring sound. It sits on a nondescript wooden table and is plugged into a coaxial wall jack, but not a power outlet.

This is called the Adulation Machine. It is one of countless such devices, to be found in identical rooms, across countless universes. All the coaxial cables wind through the crust of planets and through wormholes until they come out into a big, empty city that kind of looks like Pompeii but with more high tension power lines, and they all plug into a massive blob of blue-furred tissue, the color of the milk leftover from a bowl of artificially tinted breakfast cereal..

The blob is a deity called Gzntch. It exists only to be worshipped. Unlike other gods, Gzntch has no agenda, opinions, emotions, or needs, besides worship. It does not answer prayers nor pronounce decrees.

The devotees of Gzntch are marketing execs, young creatives, bloggers, concept artists. They develop products for people to love, products that are like but not too like Gzntch. They funnel the love people feel for these products into Gzntch, who quivers with animal pleasure at each pulse from the Adulation Machines its disciples lovingly tend.

Gzntch is not a metaphor for anything. It’s just a fuzzy blob.

“Look, all I’m saying is we’ve got way cooler stuff in this store,” V said. The customers he was talking to were a couple in their early thirties, too old for the Fuzzler merch they had piled into their arms.

When the kids came by, V knew better than to talk them out of it. They didn’t know better, and they were in the right age range for a product like Fuzzler anyway. It was the adults that grated his nerves. What business did they have with such things? What good does a plush doll, or a witty t-shirt, or commemorative shot glasses emblazoned with the visage of a cute blue puffball do for a grown adult? Nothing. That’s how these people spent their lives, working harder than they should have to so they could buy useless things with a picture of a thing they liked upon it. How tragic. How revolting.

That’s why he took the liberty of trying to sell them something different. He glanced over to the belts, where Britt was straightening, and figured her out of earshot.

“Why don’t you take a look at our jewelry case?” V suggested. “Buy one get one.”

The eyes of the woman in the couple lit up and she seemed to silently plead with V to keep going. It was apparent that she held no love for the Fuzzler. V recognized her desire to purchase anything else, and went for it.

The woman poked the man in the arm. He sighed and put down two of the plushes. “Fine. Let’s take a look.”

There is something else in each room containing an Adulation Machine. An almost identical machine, similarly festooned with lights and an antenna, but the darkest black in color. Constantly they emit a low, threatening hum, like a loudspeaker with nothing flowing into it. They are called Disdain Machines.

These machines are also hooked up to a coaxial wall jack, and they also flow into the heaving, endless fuzz of Gzntch. This is because the devotees of Gzntch have recognized that disdain is still attention, is in itself a form of worship. Still a thought directed towards a thing, that can be funneled into it and used as sustenance.

Britt shoved a Fuzzler plush into V’s hands. “I heard what you said to those customers. I want you to carry this thing around until you develop an appreciation for it.

So for the next week, V carried the loathsome thing with him everywhere at work. He seethed with resentment at Britt. By what right did she create such despicable proximity? Sure she was his manager, but she couldn’t make his soul in her image. With increased stubbornness he resolved to never sell another Fuzzler, to do nothing to make the objects attractive.

Until on the seventh day he came into work and couldn’t find his Fuzzler. He looked everywhere, hither and yon, before finally finding it atop a pile of clearance shirts. V picked it up and looked into its eyes. Somehow he had missed the little thing. He sighed. What harm was the Fuzzler to anyone?

In their room, the twin Machines hummed away at their work, oblivious to anything but what concerned them.