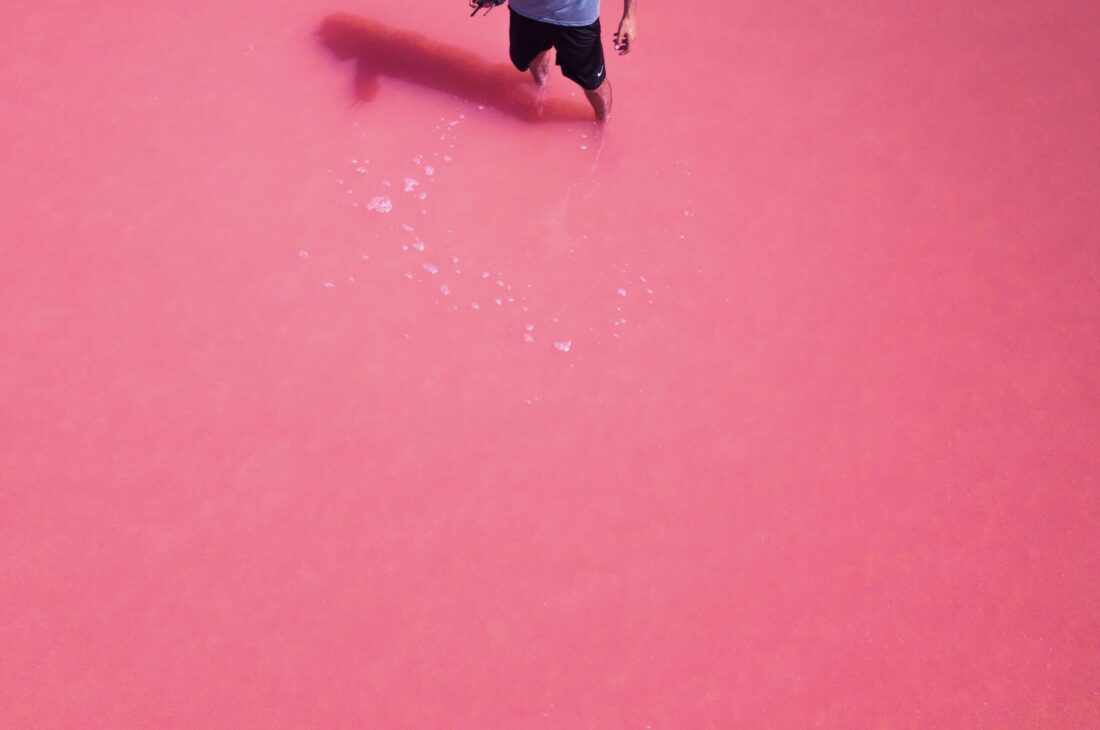 It was tradition for new guests to leave behind toenail clippings after check-in. This explained the mounds of yellowed shards that dotted the hotel counter. The thin scent of rotted cheese. This was, I thought, a minor inconvenience, but perhaps not altogether a red flag. When we were done, and received our keycards, the woman at the front desk insisted. She made a carving motion into the air. She said, Just dig in. My daughters found this funny; they easily acquiesced. They tore off loose hangnails, lining them up along the counter. The attendant pushed a pair of nail clippers my way. Heat rose to my cheeks as I reached for the tool. Clip. The sound echoed across the empty lobby. I exhaled something shaky and relieved. Behind us, a couple cackled. They tossed large hunks towards the attendant’s desk before running past us and disappearing into a long corridor. The attendant laughed heartily, thrilled. I was, in some small way, envious to how easily they agreed. To how care-free they appeared. At the beach, I picked at my toes. Clearing them of their grime. Sharpening the dulled corners. In our room, I raised them to the light, inspecting them. I shaved them down into tiny nubs. Waited for the days to pass and for them to grow. When they did, I did it all over again, flooding the room with a cloud of debris. Thin toenail matter tumbled in the air like dust motes, columns of it glinting in the light. I collected what I could. I didn’t initially understand this was what I was doing, but once I saw the fine piles that stood in the corners of the room, the zip-locks packed with dead skin, the trash bags too, I saw what I was doing. I saw my mission. Years passed in that room. Bag after bag of it filled. My daughters grew up, went off to college. They called me a crazy old man, said I had sucked the fun out of what had once been a wholesome tradition. I saw less and less of them. When they did visit, I taught them how to navigate the room that was now stacked with my clippings. Watch that pillar… Mind that trunk… Your left, coming up. They called me a hoarder. I called them my little angels. It was on my deathbed that I insisted on a wheelchair. I have one last errand to run, I croaked. The girls understood. They pushed me towards the front desk, a million packed U-Hauls trailing behind us. The attendant, like me, had also grown old. When I showed her my large treasures, she cried. My daughters, too, their eyes brimming with moisture. I joined them where the air still smelled of rotted cheese.