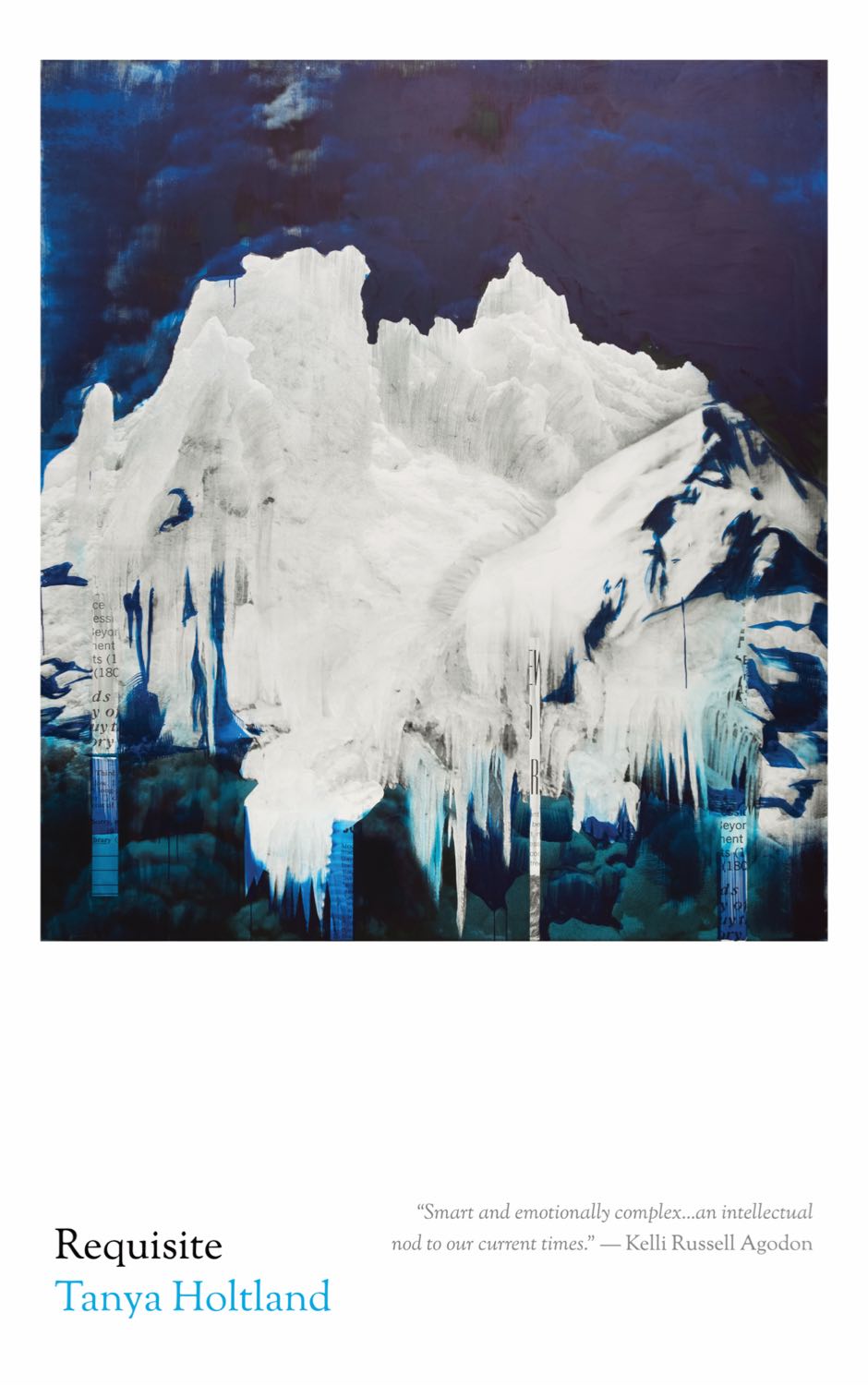 A Love Unendingly Deep: A Review of Tanya Holtland’s Requisite

Tanya Holtland’s debut book Requisite, meaning a thing that is necessary, is exactly that. Its message is blunt but delivered softly. Requisite reads as a ceremony, possibly a eulogy, for the lost connection between the terms human and nature. This book truly is the great conversation of a communal we. One which Thomas Berry’s epigraph eludes to in the beginning of the text. One of that between the self and all of the spiritual facets of the natural world. This book is Holtland’s attempt at making peace with the earth, on behalf of all of us. Characteristics of spiritual ecology argue that a pervasive patriarchal world-view permits destructive attitudes about the earth and the body. In revolt, it is no surprise that Holtalnd’s matriarchal leanings cycle throughout this text. She assumes this role of lobbying for the universal cause of preserving what we know is essential yet we know we have a hand in destroying, “Think about polar ice / the ways we are spilling / all the secrets of which we are still / in desperate need. (two.; Fated)”

The self-destructive (and just general destructive) tendencies of the human race is not breaking news by any means. Holtland talks about consistency between persons and cultures and how the interconnectedness of this slow destruction and its consequences is something both communal and concealed in its effectuation, “…the less visible…. / the slow quieting… / things coming that will slip us out beyond remedy… (three.; Fated)”

Holtland’s sense of urgency and empathy are displayed hand in hand. She recognizes the plight of persons born into this world of degradation. That, “…there is a struggle in only being able to see one of your lifetimes at a time…(four.; Fated)” It is difficult to actualize the grandeur of the world, let alone recognize the outcomes of things that one didn’t play a direct role in producing. The road leading to today’s ecological crisis has been an obvious straight arrow but is clouded by gaps of time and generations, creating a disconnect between the issue and the cause. It is these considerations that “linger [and have] set us up…(i., Fated)” for the way we have to handle the sweeping disrepair of the world.

The delicate connections amongst the things she cherishes lend themselves even more so to the gravity of what she is trying to say. Holtland’s commentary on her romantic relationships echoes sharply with that of hers to the natural world. In a 2019 interview, Holtland describes her writing process and communication with her partner as, “The magic of seeing and being seen, of sharing patterns of coming together and apart, growing everything in between.” She is aware of this parallel and prefaces her book with it, “To write about the earth as though someone I am in a relationship with…”

In seven. from the section Fated, our beloved book has a mood swing “…we turned / from this singular view… began to think from moments/centuries” signifying a catalytic shift in perspective. From a singular I  to that aforementioned communal we. No longer seeing the world as apart from the self. There is an omnipresent environmental dialogue that we are so immensely unaware of and yet innately and intimately tied to. Holtland’s piece reveals a crucial necessity and desire to maintain an ecological balance with the world and with ourselves that was never truly non-existent but has never quite been at the forefront of our being. She grasps on to such a bittersweet hope and determination that a universal “instinct / to open our hands when water falls (Inner River)” is burrowed just within reach. Her belief inspires that “a future we once thought we saw” is still attainable. Requisite acts as an instruction manual for getting to that future because if  “healing begins in ache (The Story)” then the earth is owed and sorely overdue.