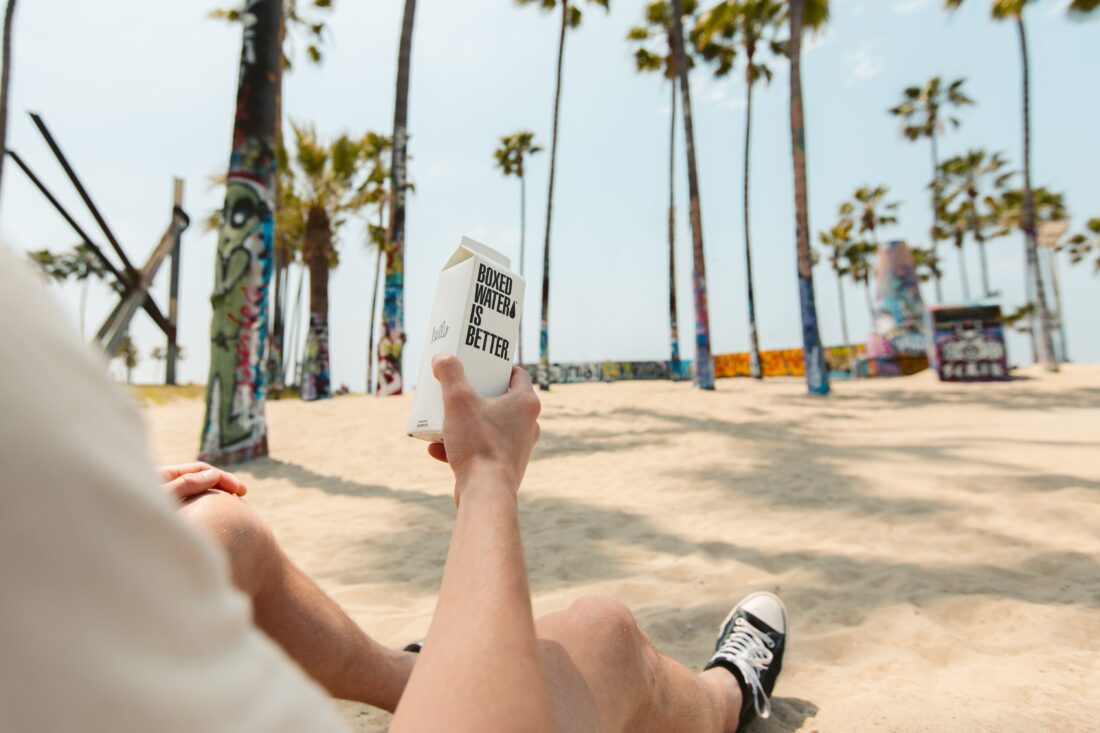 The townhouse on Agua Hedionda is two miles from the payphone on PCH where Janae picks me up, but it’s too early for Bob to be awake and we are too sober to head over, so we have a few shots of Malibu in the parking lot of Pig Liquor and cruise north to The Strand Bar where we can bum smokes while Janae presses her perfect tits up against Will.

It’s 2 pm on a Thursday, the middle of an Indian summer, and there are no empty stools. A marine with a Semper Fi tat on his left calf buys me two Jäger bombs and traces cinch knots on the small of my back. I like watching him watch me eye the man with the black pool cue assuming the shooting position between pockets. I like smoking his Parliaments. Two months from now, when Janae disappears, I won’t remember names. I’ll only remember how he sunk a stripe on the break, where his teeth singed my neck like frozen glass.

I’m drifting towards the sea of baize when Janae says she got a text from Bob. We peace out, leave the marine and Will—hot, tight, and eager—behind the bar. We throw a few winks at the palisade of dark-eyed men watching us from behind bottomless drinks.

All I know about Bob is he’s forty-two, likes to party, and owns a Maaco in Anaheim. Janae’s not sleeping with him. She’s not sleeping with anyone. But like every man who meets her, he loves to have her around, to keep the idea of her close, to wish upon her body like a star.

Bob’s front door is open when we arrive. I’m two inches taller than the man with veneers who hands us Coronas and introduces the person reclining on his couch as Soup, the roommate. Janae’s face tells me this is a new development, and I’m not sure why it should matter except that Soup is clammy and unshaven, sporting combat boots with cutoff jeans and a high and tight that is overgrown. I peg him for a jarhead right away, assume he’s AWOL from Pendleton or worse.

While Bob and Janae do lines in the kitchen, Soup shuffles out of the room, returns holding a shoebox. He lowers himself next to me, chewing the filter on his Newport. He talks to me without talking to me. He tells me how Bob got a new water heater last Tuesday. He tells me how heavy a dead child is.

“Before they’re stiff,” he says, chewing, “their ears peel off like oranges.”

The shoebox is open, full of pictures.

After Janae disappears, they’ll drag Agua Hedionda for two days. They’ll ask whether I’ve been to Bob’s Maaco or know a man named John. I’ll wonder how they came up with their questions, whether they knew what I’d done with the marine at the bar.

“What the fuck, Bob?” Janae is standing behind me, pointing down with her cigarette.

Bob enters from the kitchen all eyes and mouth and wildness. He hands me the rolled bill and a resin tray and tugs the chest hair fighting his Tommy Bahama.

“They aren’t real,” he says. Then, to Soup, “What the fuck did I tell you about those?”

Soup apologizes to the floor. He closes the box and shuffles down the unlit hallway, returns empty-handed, slouching and smoking by the open sliding door. I pause, make sure he isn’t watching me, and then do a line.

Someone is blasting Marvin Gaye’s “Got to Give It Up” across the lagoon, and Janae is fighting Bob for the keys to his boat. Soup studies the dirt under his fingernails, sweat clustering between his eyebrows. He mumbles something about showers and skinny dipping, and I’m thinking of telling him how I almost drowned last week because of the rip tides, how the warm water from El Niño kills off tens of thousands of fish and seals every cycle. But Janae is yelling now and someone is laughing and I’m being sucked out the drain of a door and into the passenger seat. Outside, it isn’t raining, but the windshield is wet, and the asphalt shimmers like an upside-down pool beneath the streetlights.

“It’s night,” I say. My hands are rubber dumbbells.

Janae doesn’t have power steering, but she muscles the car onto Tamarack without much effort, putting Agua Hedionda and Bob’s townhouse behind us.

“Next time, we’ll take the boat out,” she says. “Fucking tweakers.”

We cruise north along the PCH again, pass the bowling alley, the garish fluorescent glow from the military depot. Janae puts Nelly Furtado in the disc changer and drapes her bangled wrist out the window where the ocean is a black eel keeping an easy pace.

After they find Janae’s body, they’ll stop asking questions and I’ll start having nightmares. Children tangled in seaweed. Seals buried in the Arabian desert. I’ll constantly be on the verge of asking why terrible things only happen to some people.

Before we get out of the car, Janae leans over and kisses me.

We step out into a sudden gust of Santa Anas. Beyond the small parking lot, the empty beach is pale and waiting beneath the breaking waves.

I follow Janae down a set of concrete steps through the back door of The Strand Bar, snake with her around the crowded high tops. I’m not thinking about Soup or Bob or shoeboxes or oranges. I’m not thinking about the undertow or the tide. I’m enjoying the body heat. Scanning the room. Deciding how I want to move through it. I’m anticipating the man with the pool cue. Where it will happen. What his mouth will taste like. What songs I want to play for him on the jukebox and where I will draw the line. I’m thinking about how the night is young and I’m full of possibilities—a burning star.