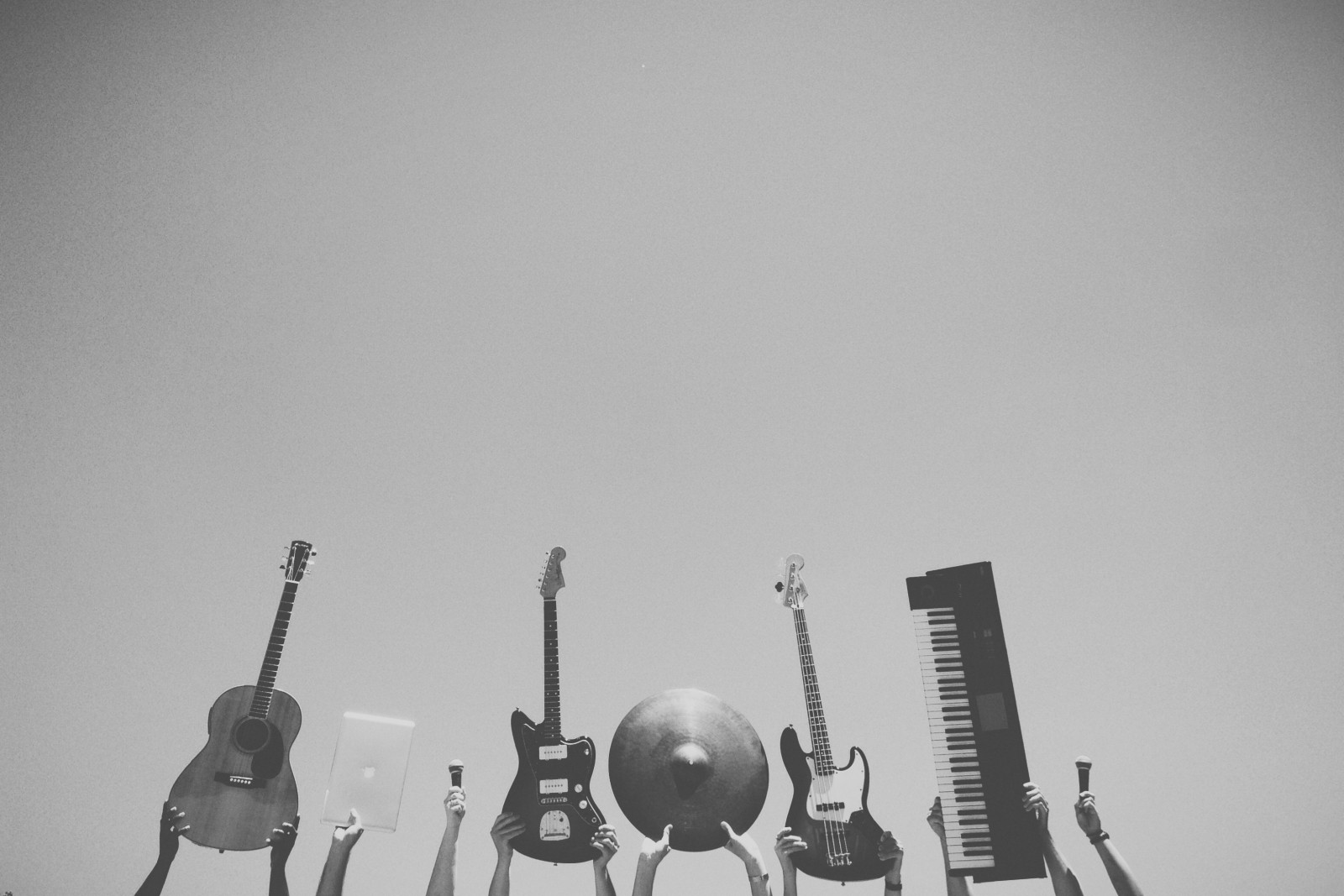 in the beginning, god was a fifteen-year-old girl & in the beginning, the earth was without form and void, and so god created MySpace & god wore sleeveless denim jackets & shopped at Hot Topic & thought about stretching her ears & in the beginning god said, let there be alternative rock music in the early 2000s & so god plucked a comic book artist from New Jersey & handed him notebooks & microphones & electric guitars, begging for a ballad & god told him to create until he felt himself breaking

& My Chemical Romance created so much loud, their name became shattered glass & Gerard Way accepted all the outcasts & every venue’s barstool splintered into pews & god smashed years worth of beer bottles & pills

& this stained glass resurrection formed Fall Out Boy & Panic! At the Disco & eve did not come from adam, but they both cracked their ribs in the mosh pit & threw leather jackets to the wolves & My Chemical Romance still broke & god wanted to fix the brokenness but then realized the healthiness of being apart, how no breathing space between artistry and healing almost killed the band that saved her life

& when god wanted to kill herself, when thoughts of suicide became a kickdrum inside her skull, My Chemical Romance grabbed her by the collar of her tour t-shirt & screamed, THERE IS NOTHING WORTH HURTING YOURSELF OVER. NOTHING IS WORTH TAKING YOUR LIFE OVER. DO YOU UNDERSTAND? & god broke down like an old set of speakers & her sobs echoed with the piano pedal pressed & My Chemical Romance held god against the pillows of their chests until she fell asleep & no longer wanted to be buried in a guitar case