The Boy and the Corpse 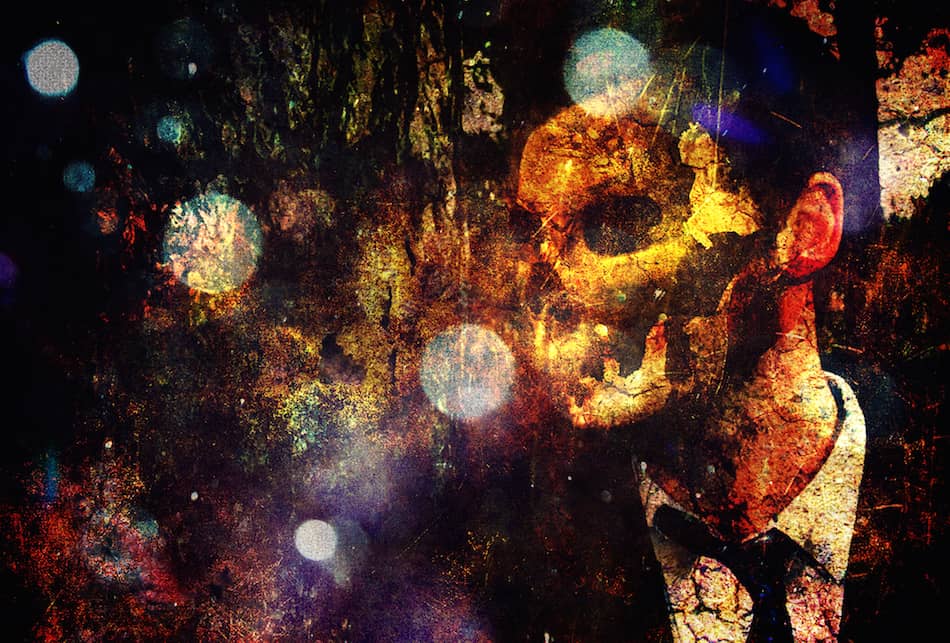 The Boy and the Corpse


A boy found a corpse floating under a high bridge.

Said the boy to the corpse, “Let me help you out of the water.”

Said the corpse to the boy, “Why bother? I’m already dead.”

“But you look so sad floating dead like that.”

“I am sad, but it’s easier for you to just leave me. Leave me here and go off and play and pretend you never saw me.”

The boy stepped from rock to rock along the shore as the corpse drifted slowly in the river’s current.

“Because life is sad,” said the corpse. “And death is sad too.”

“I’d like to help you. Maybe we could play together. Maybe I could make you happy.”

The corpse drifted nearer to the shore. “I doubt that. But I think I could make you sad.”

The boy climbed up on a rock that leaned directly over the corpse. “Why would you want to make me sad?”

“I don’t. But it’s easier to be sad than to be happy. And the easy way is the way you go when you just can’t be bothered.”

“Why shouldn’t I be bothered? If being happy is work, I’m happy to do it.”

“Then you have been duped.”

So the boy listened, and he heard faint laughter from under a rock. He lifted the rock, and there he saw a carrion beetle tugging at the unspooled guts of a dead mouse. Unbeknownst to the beetle, a wasp rode on its back. The wasp was about to inject the beetle with a poisonous egg that would settle into its fat and hatch, and then the wasp’s worm would consume the living beetle from within. Unbeknownst to the wasp, a mushroom rode on its neck. The mushroom would slowly twist a nerve into the wasp’s brain, and cause the wasp to lie down and grow a wand from its forehead, and the tip of the wand, once ripe, would burst with mushroom spores. Unbeknownst to the mushroom, death rode on its cap. Death’s plan was far more devious than the mushroom’s or the wasp’s or any of the plans of men or women or ghosts or beasts. The sound of death laughing was the sound the boy had heard.

Said the boy to the corpse, “You see? Death is laughing. Death is not sad.”

Said the corpse to the boy, “Death is laughing at you.”

The boy lowered the rock. The corpse had caught on some reeds and stuck there, rolling a little in the current. The boy turned away and thought about the corpse’s words. Death is laughing at you. Not with you. At you.

The boy climbed the hill up to the high bridge. From there he leapt. And here’s the kicker: there was no corpse.

But now there is.

Trevor Shikaze’s fiction has appeared or is forthcoming in Axolotl, American Chordata, The Golden Key, and elsewhere. Find him online at www.trevorshikaze.com.