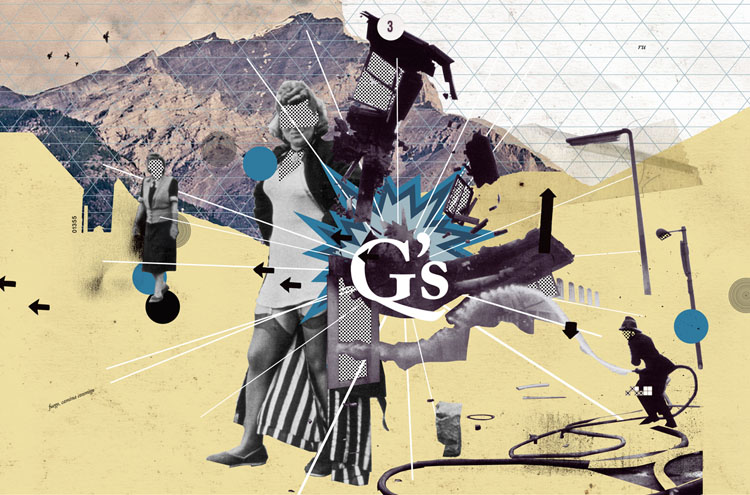 Toy hugs and sex can’t heal the flat way I fell. But a scarf of dust is enough to grind through this soft ground. In a bleeding dream my mind misinterprets what it knows and suspects. Forgotten faces grow fuller from obscurity, like a film recommitted to memory, and a yoke of air-lights sneak through clouds (brightly myth-blown), jostling elements of belief. One day you asked if I’d wear armor to block time while it’s turning. It doesn’t turn. Besides, what would I learn? I sift through larger darkening thoughts—the dense melodies make this magical string of sense, sounds that suggest that no one can really be near us. Why can’t I clutch clouds that outsize my size? I still ask nonsensical questions.

I feel gone—a shoebox filled with nothing. I want to hear something but my head curls like a fist burning in new light unreal, vulnerability unreal, following a choice of trust jumping over with theft. Bodies begun in a fire release hearts to fire, into no recognition, and so too the mind. A version of hope slides out as a bleak thorn. And that version is emptiness and a desolate feeling of helplessness;the pressures of an imperfect communication. Call it possession. It’s always those final ashes of first passions, as hunger leads to craving the stalk. Could I develop the ghoulish traits of a scary “good” con man? I want to speak about the crooked resentment of yourself or any other, but instead, eighty and some odd echoes float to stars. Snowflakes fall in any season. Why not let the bells enchant?