On Rejection | Enabling You | Necessitous 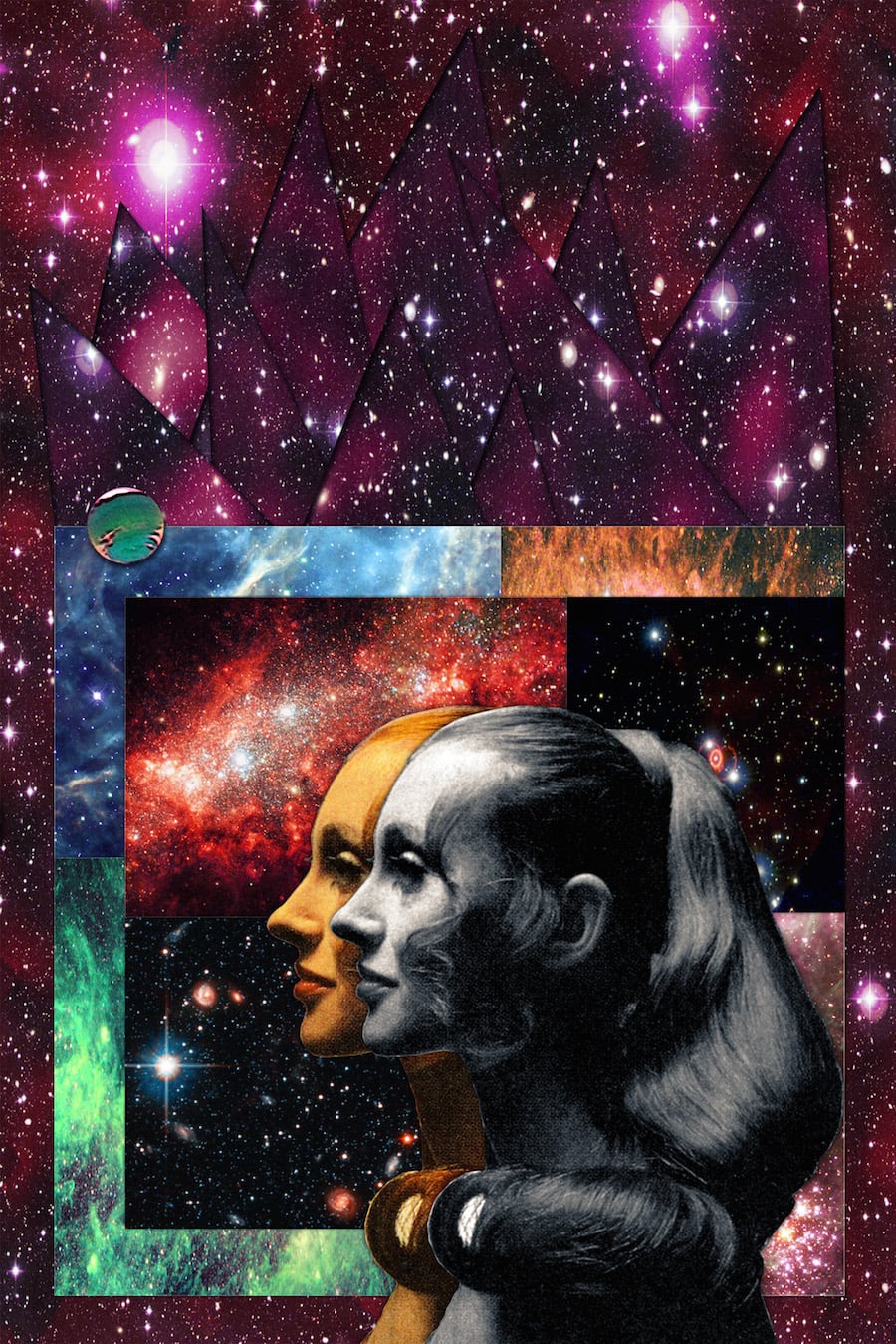 Sometimes waves appear to me in dreams

swimming ear to ear I hear them strengthen

their inky fins following my wake

equivocal lies, they are– LIES

that I might float on a crown of pearls this time

I prepare to dive, my arms above my head

eyes focused on the final prize, looking down

all I see are words swirling in jetsam,

Naked in a boat with no life preserver,

I struggle to reach the moon.

Attempting to blanch your yellow eyes

Since you are a buffalo, I must

are passed out on washboard floor.

I must wait for black sleep to colander

the viscous liquid from your veins,

must wait for your clear-headed

waking, stir at your side

I must hope your last binge

has soured you enough

to move forward without a fight

must prepare for your withdrawal

must toss my running shoes.

But I lose my patience

thrumming the blue book much too long.

On impulse, I think

for the umpteenth time,

but you don’t even budge.

Sectioning the photo album became a ritual for her

pages dedicated to each man she entrapped

each man she thought she loved

each man she fucked.

when he rolled on top of her when she was drunk

and showed her how to fuck

and she thought the only way to keep him

was to give him what he wanted whenever he wanted it

but all she ever wanted was his love.

Boyfriend number two did a striptease on their third date

because he’d already gotten her to bed

because she already loved him.

Boyfriend number six was the one who pulled out

a rug from beneath her feet when he left

a message on her answering machine

that he and his wife reunited

instead of finalizing the divorce.

She looked so good as fuckee in the photo album

posing next to each man she screwed and thought she loved.

She’d spend nights poring over each page–poor me!

pouring one more Vodka while listening to country music.

Except for boyfriend number four, the one she married

between boyfriend number three who swallowed a beer cap

and boyfriend number five whose first and second fingers were better than his dick.

In those photos she just looks wasted.

Laurie Kolp is an avid runner, lover of nature, married mother of three who enjoys living life one day at a time in Southeast Texas. She is the author of Upon the Blue Couch (Winter Goose Publishing, 2014) and Hello It’s Your Mother (Finishing Line Press, October 2015). Recent publications include the 2015 Poet’s Market, Scissors & Spackle, North Dakota Quarterly, among others. Learn more about Laurie at http://lauriekolp.com.