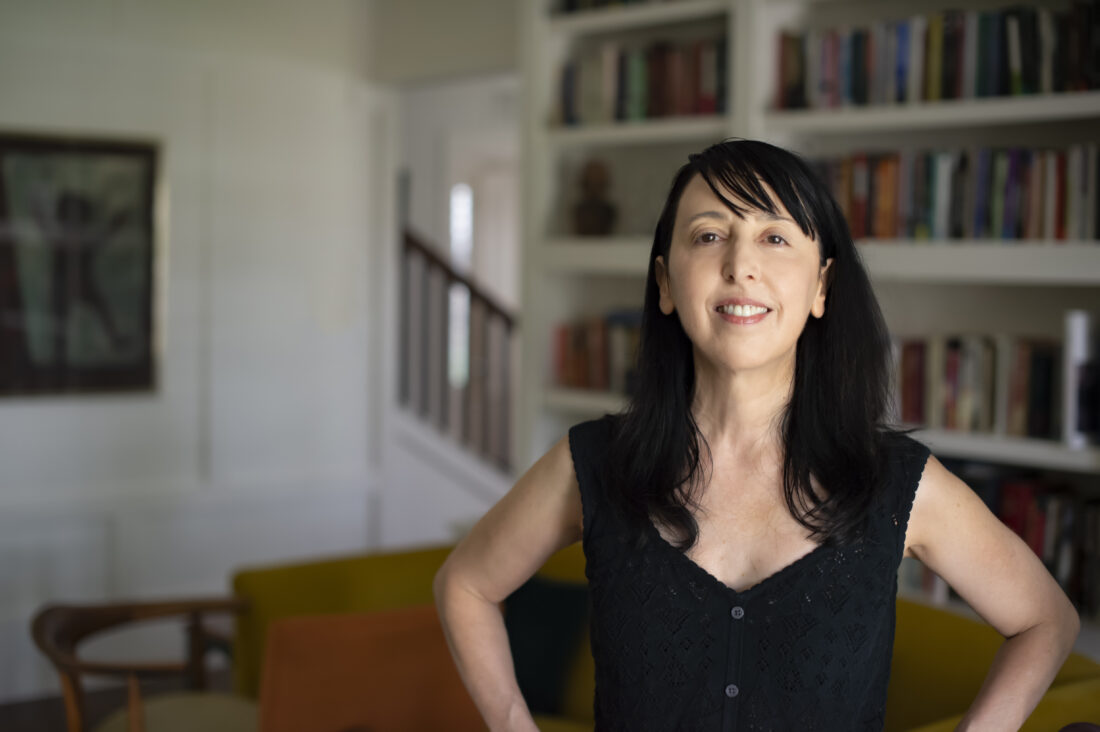 Deb Olin Unferth’s Barn 8 (Graywolf Press, March 2020) is a book eight years in the making, and the time and care of each of those years is tangible on the page. Like most of Unferth’s work, the book introduces a Schrödinger’s duality—life spliced into varying alternatives: “She could almost see the old Janey ghosting along her usual track, back in the city, headed to school. They were like conjoined twins torn apart: one would live, the other would die, and the doctors weren’t sure which was which, so the world watched, waited.”

Okay, Barn 8 is a book about a chicken heist, yes. But there’s much more to it than just that: it is a book about real people, real flaws. There are no bad guys; just potentials of selves we could all be.

Unferth and I spoke over email about the agricultural industry, activism, and the need for empathy in fiction. When I asked her how she was holding up, she said, “It’s been pretty sorrowful. I am very lucky but I miss my family and friends. I worry about the incarcerated students I work with. I worry about the future and about the whole world.”

“My whole life has changed,” she said, “though I do still get up every morning and sit down at my desk.”

You’ve mentioned previously that Barn 8 arrived fully-formed and whole in your mind—that you had this visual of chickens escaping, running free from the barns. Would you say most of your story ideas materialize the same way, fully-formed?

Kind of, yes. I get an idea and then it takes years to create the idea outside of my mind on the page. It’s such an inconvenient pastime, writing.

Your report on the agricultural industry, “Cage Wars”, was published by Harper’s in 2014. How long had you been planning or conceptualizing Barn 8, prior to working on that piece?

It’s embarrassing to think about how long I worked on Barn 8. I started it in 2011 and finished it in 2019—so eight years! I did write two other books along the way, and I gave up a few times, but finally it somehow got done. I told myself that I would never be so foolish as to write a novel again, but here I am, working on one. Ugh! After this next one, I’m done, I mean it.

It’s been reported that you are vegan, and have been for long before work on Barn 8 or “Cage Wars” began, and yet, there’s so much empathy in the way you describe the people around big ag. It’s such a great feat, to maintain that distance in prose, given the number of farms you’ve visited and the hours of footage you’ve watched—how did you manage to separate your sentiment from that?

You know, before I researched the egg industry, I thought egg farmers must hate chickens to treat them the way they do. They must be brutal, heartless people. It wasn’t until I began interviewing the farmers and spending time with them that I realized that many egg farmers are frustrated too. They run family businesses that have existed for generations. Their great-grandfathers started the farms with a few hundred hens. The hens were outside all day and slept in cozy barns at night. But the industry has radically changed. Not all farmers are crazy about the changes. I don’t agree with the choices these farmers have made. I don’t believe we have the right to use animals and that to torture them by keeping them in modern conditions is deeply wrong, but once I got to know the farmers, I saw that they weren’t all evil people who wanted to torture animals.

In Barn 8, I worked hard to make the farmers and ag people real people. I’ve never been crazy about stories that have good guys and bad guys. That kind of easy moralizing in narrative is so boring and predictable, and frankly dangerous, in that it prevents empathy, which is the great gift fiction has to offer.

There are similar tactile elements in both Barn 8 and “Cage Wars” —those descriptions of steel and wire and cement in the barns immediately spring to mind. How did you choose which elements from your research to preserve, and which to toss out?

I wrote “Cage Wars” for the sole purpose of researching Barn 8. If I was going to write about a crazy heist, I wanted it to be accurate as I could be. I wanted the actions I described to be possible. So I planned to use a lot of the information. In the end I wound up using only a little in the novel, but the actions I describe are rooted in fact.

I found I didn’t need to put in a lot of information into the novel. A little went a long way. I wanted the characters to carry the story. I wanted their emotions and struggles, their reasoning to pull the reader along, until the reader would think with surprise, “I’m rooting for chickens!” whereas with the article, the facts would hopefully win the day and convince the reader. It was two different kinds of rhetoric about the same topic.

There is a deliberate distinction between the types of activism you’ve outlined in Barn 8. There’s the group that’s trying to free the chickens, then there’s a different, more cult-like group that ends up harming the chickens in the process. How do you feel about the varying shades of activism present in our culture right now?

They’re all important, the different kinds of activism, and they all have a long history. We need Malcolm X, and we need MLKJ. It’s all hands on deck, if you want to change the world. There isn’t one way to do it, there isn’t one answer. Humans are as diverse as they are multitudinous, and attempts at change must reflect that. In my book, the characters are calling for a more radical vision and for more radical acts. That is going to result in a mess sometimes. That’s okay.

I was curious, given the recent upheaval in the attempts to reform/lay bare the publishing industry, if you might have any comments or personal experiences that may affect how you approach the daily literary news?

As far as personal experiences, I’ve been teaching creative writing in a men’s maximum-security prison in south Texas for the past five years. Four-fifths of my students there are Black and Latino. We have our own library at the prison, and I know what my students want to read. As I said, I’m in. Let’s do this.

I recently read that you’re working on a sci-fi novel that might involve people living on Mars. If this is true, could you tell us a little more about the project?

Oh yes, I am. I don’t have much to share yet. There is a frozen ark of DNA of extinct animals. There is community living in pods at the bottom of the ocean. There is Mars. There is God, creating the universe.

I have to ask—what have you been reading lately?

Some of my favorite quarantine reading:

Zone One, by Colson Whitehead

When My Brother Was An Aztec, Natalie Diaz

Tell Me How It Ends, Valeria Luiselli

Lastly, is there an indie bookstore you’d like to recommend to our readers?

The Raven Bookstore, in Lawrence, Kansas