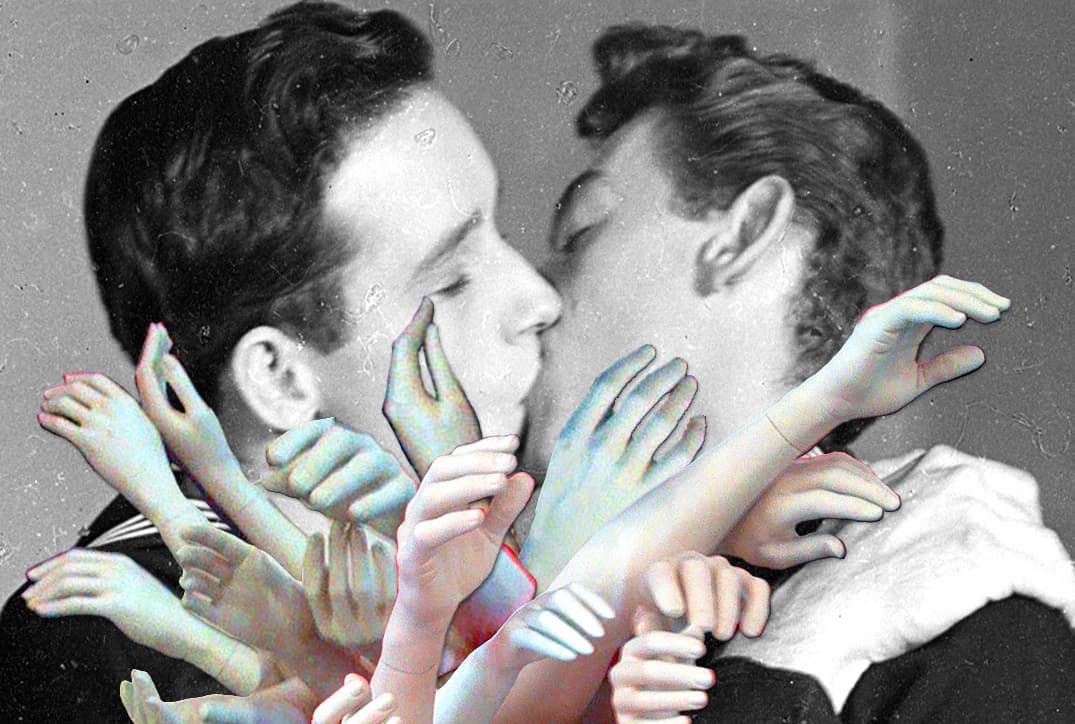 He was training me to be revolutionary.
We spent late nights watching Al Jazeera
and eating hummus, me learning from him
what news without bias watched like,

and an appreciation for chickpeas mashed down
to a paste. We were like brothers. We
did the things TV brothers did, things
I’d never done, striking out in the night,

getting high in shadows, outside cones
of orange light from streetlamps, daytrips to Wal-Mart.
He was the only person I’d known who could see a path
stretched straight out in front of him,

and I would’ve gone blindly even knowing I didn’t believe.
You and I could never date, he said. That was a given.
He had a girlfriend I thought was good for him and it would never
otherwise be something I wanted. He’d said that in response

to some of the things I did. What a strange complaint,
I thought, the kind brothers would never make.
He was always saying he was an atheist,
that the cure for AIDS would have to uproot itself

from African soil in a syringe for him to believe,
and I didn’t know then why that would be so important
to one whose beliefs required no faith.
We were at lunch one day talking about statistics

and world religions. He told me that of the world’s many,
there was a good chance my faith was misplaced,
that he’d laugh after all to see me in a hell
with him. I think he must’ve been scared.

I was able to avoid him for years after that
until my 23rd birthday. I was drunk when I ran into him.
I somehow admitted I was happy to see him
all over again, regardless. He took my hand and kissed it.

He pulled me in, cupped my face, and I watched his face
come through night, the alcohol, and the next morning
on the heels of every step of my long walk home before settling
on my lips. That first kiss was one I thought I’d keep,

it was important I reserve one thing to be intimate, but
trading it in made it all make sense. He’d asked me once
if I ever considered dating men. He didn’t know how
close he was to hearing the story, how I never really consider

dating anyone, let alone with any kind of preference.
I would’ve told him I might’ve called that man a dad
or a friend at an age when I hadn’t yet or just learned how
to spell them. If I could share that story with anyone.