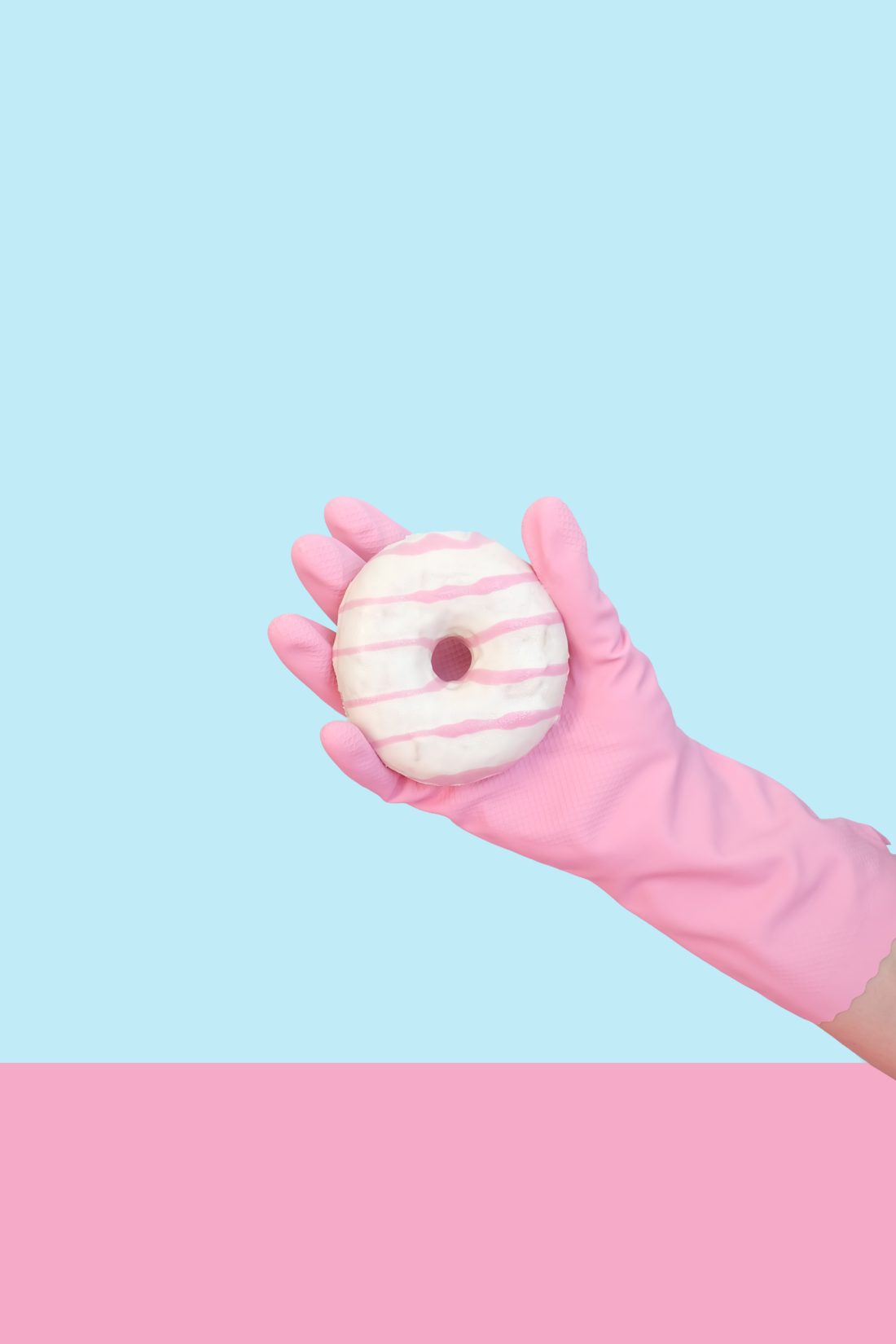 Peta slips her mail from the letterbox into her denim jacket pocket that ruffles thin and long against her side. The wind is a cool, slightly wet kiss against her neck now that her hair had been lopped off into a stubby thick black bob. She pushes the stunted fringe to one side and walks towards the fading sky of inky deep indigo and soft feathered white.  Nikita’s house is four blocks away but after taking up bus-stop-only-when-Dad’s-asleep-parties-in-backyards smoking, it felt like ten.  Her hands sticky from wiping the dribbles of sweat that roll from her armpits down her side. Nikita’s window is drawn ajar, golden light spooling out onto the balcony from behind the curtain. She could always tell if Nikita was home, her window a fist width open. Peta draws the heavy pane of glass higher and dumps herself inside her friend’s room.

“Hey,” Nikita smiles pulling on her lacy bra, tucking her breasts into each cup. She runs her finger along the blade of the underwire with a scorn on her face. They’d only both just started wearing proper bras and Peta was surprised how well it suited Nikita. The hair straightener is positioned over the brown V shaped burn in the shabby lime green carpet, swirling a stench of hot burnt hair into the room. Silver eye shadow looks as though it has been sneezed out onto the antique desk, sparkly specks sifting with dust over the surface.  The glitter is equally tacky and pretty in the suburban rental. Peta pits herself on top of the floral bedspread, pretending not to focus on her friend’s back that stretches smooth and silky mocha skin down her spine. Nikita has straight posture from years of dancing ballet three nights a week after school whereas Peta hunched as though to fold into herself.

The sky is now bolder in its darkness, a foggy grey presses over the night before engulfing it completely. Dew is caught in spider webs and nature strips and yellow headlights lurch past.  Nikita said she was fine for tonight, she’d made it seem like it’d be nothing but even in this dull light, Peta can see her friend’s hand shake.

“Here, I got you this.” Peta pulls out two glazed donuts from a brown paper bag as a distraction. Oil seeps creating clear blotches on the bag. The two young women shove the sweet goods into their mouths.
“Yummo.” Yeast and sugar fragrant lolls off Nikita’s lips, caught in Peta’s nostrils to be remembered for months afterwards. It’d been a while since the two had been alone together and this moment filled Peta’s insides like a dramatic, forceful gush of a waterfall rapid and loud overwhelming a drought-ridden cavern. Yousif was the new guy at school, moved from South Australia in term four. He was more solid than the other boys, with thick rich black hair that looked edible and a sense of unwavering confidence that had Nikita instantly. She was even talking about loosing her virginity to him.  Peta had felt a little nausea at the idea of Yousif groping her friend’s legs and stomach with his hands-too-big-for-thirteen. Though when Nikita was in the presence of this man-child, she beamed widely as though lewdness had abducted her facial expressions.  It wasn’t jealously that rode high and tight on her lungs, it was the thought that time was speeding by eradicating opportunities of each others company. How could a friendship that spanned an entire lifetime be pasted over so instantaneously by a crush? Peta shakes her head to come out of her funk; tossing Yousif over in her mind incessantly couldn’t help.

“Can you tell me the total again?” Nikita quivers pulling her pink knitted jacket tighter. It’s clear that she needs to be reminded that tonight is worth the sickness bridled on her tongue.
“For sure. So by tomorrow we should have I reckon close to $2,000.” Peta shines proudly but her friend doesn’t mirror her feelings. “Come on, it’ll be good. We can go to Thailand and, and, you can get that ying yang tattoo and we’ll eat like fucking Queens and have like, just the best time.”
“Okay,” Nikita says reluctantly. “But do you ever feel… I don’t know… Actually, don’t worry.” She stops herself. Peta holds her best friend’s hand, their fingers twining like cross-stitch.

“No, I don’t feel bad. And you shouldn’t either.”
“Okay,” she murmurs again. “But Peta, can you keep holding my hand until we get there?”
Peta has just heard the best thing in the world, “Absolutely.”

There’s a photo of Nikita that Peta keeps safe in her wallet, slipped between tattered wads of receipts. It was taken recently when they were at Eastern Beach. Nikita’s body flexed over a book, her glasses pushing her long hair out of her face and down her back. She stares straight into the camera but the picture is taken before she can pose for it to become like the fifty billion other selfie snaps of pouting pretentious Kylie Jenner-esque faces. Instead, her eyes are sharp grey beads that are deep and sorrowful. She has that old world look Peta’s Nan is always talking about. High edged cheekbones, dark brows, elegant and strong. Here, Nikita can’t pretend she is stupid like she does in class. Her natural intelligence shines through to the viewer, beats them to their core.  In this photograph, she is real. She is strong and compelling, she is all knowing and dark.  Peta didn’t need to file this photo out often. It played on loop inside her head.

Enmore St milk bar was exactly twenty-five minutes from Nikita’s house to walk and a three-minute run to the North Geelong train station, which was perfect because they’d be finished in the store soon to catch the next train. The store was owned by an elderly Greek woman but run by her less elderly daughter Olympia who had a lazy eye, a thick mono brow and graying cheeks that sagged down to her chin. From across the road, the view was exceedingly bleak. Potato cakes and dim sims had been thawed out during the day, now piping hot on heating trays, little rings of mist on the window.  The A frame is kicked over and the Pura Milk sign sways, unhinged.  Olympia waddles across the checkered floor, lugging her bulky stiff right leg, heading for the packets of chips. Peta blows her nose forcefully, scraping dry snot from the edges. She plays with the buttons on her jacket and thinks of how she sucks at Maths, sucks at English, sucks at Science. How it’s a struggle to interpret a sentence in a novel. How her Dad perches so morbidly in his reclined chair day after day not asking of hers. How everything sucks and this is the one chance that she could feel, taste happiness.  She wipes her nose again and turns to her best friend whose eyes sparkle from the flicker of the street lamp. Nikita doesn’t shake anymore despite the obvious fear and the sudden ice of the night but there is neutrality to her posture, detachment to the situation. She shuffles around in her backpack, fingering past a half eaten vegemite sandwich and loose tampons. Now in her hand a thick lump of navy blue wool. She throws half of the lump to Peta and thrusts over her head, a makeshift balaclava.

Olympia drops the packet of chips and drags her heavy leg with the rest of her body behind the counter. Scrape, thud. Scrape, thud. Scrape, thud. Her head rattles in tiny increments, up and down in her mind hoping not to die, wishing she’d actually taken that flamenco class rather than just saying it. Pastry crumbs from a meat pie dinner rest on her lip and her red matching tracksuit camouflages her into the background of the red tile. Her eyes pinch together like she would when avoiding a gory scene on television. Nikita wipes chocolate bar shelves clean into her backpack and shoves cigarette packets into her jean pockets. Peta stands across the counter from Olympia, silent and staring. Her brown eyes watching the middle aged woman who scoops gold and silver change into a plastic bag.  She willingly hands over the sack of coins and closes the till drawer. It always amazed Peta that these tumbly big bellied old women with hesitancy to live and broken hearts, voluntarily handed over cash to weaponless kids. Peta stares at the bag bereft of notes and then back at the poor desperate woman. Olympia opens the drawer again, her stubby fingers sliding stacks of tens, fives and fifties to the masked person.
“I wasn’t even rostered on to work tonight,” She spits yellow balls from her fake teeth. “It was supposed to be Hien, it was supposed to be Hien.” Peta was grateful it wasn’t Hein though she felt a little regretful that Olympia was in this situation. This would taint the rest of her colourless days. It would completely abolish her sense of self-worth. She wouldn’t have the courage to join online dating. Inevitably, she wouldn’t reenter the store again and instead wait at home for her mother, passing time by picking at the pink mold in the bathroom, scrubbing and washing and sanitizing until she could windex away the cruelty of this moment. Olympia passes over another bag that is lighter with notes. Peta can no longer look at this woman and buries the money into her backpack.

The young women sprint to the train, coins and milky ways and soft drink clattering in their bags. Nikita laughs as she races, loose strings of wavy brown flapping from her plait. She seems high on the race, her long legs flapping in front of one another quick, quickly, quicker. Even the barrage of the stinging wind can’t match her.  Peta pants stomping up to the platform, the train inches from arrival. She moves towards Nikita who clutches her in and kisses her on the mouth. Unsure if it’s the adrenaline or the moment or mutual feelings, Peta holds her friend tightly. Soft loops of swirling tongues, sugary spit and powerfully pressed cold lips. The train rips into the station and their kiss untwines with a loud smooch. They stand momentarily laughing and panting before boarding, staring at one another. Peta is caught in a whirlwind of true satisfaction and blooming surprise.  Nikita points to a free two-seater furthest away from the conductor. Lust and glazed donuts dance in Peta’s stomach, she can’t stop smiling. Her whole body is electric, buzzing. Even under the gritty green fluorescent lights, this carriage is the prettiest place in the world. She follows her friend to the seat imaging placing her hand on Nikita’s thigh, telling her every sound of every word she’d been coveting for years. Sitting closely now, Nikita stares out the train window ignoring Peta’s hand that brushes against her own.  Bitter words trail from her mouth, “Hey, I might actually see Yousif tonight if that’s cool.” She doesn’t move her eyes from the view. Houses, roadsides, trees blur into each other with the great speed of the train and Peta’s heart falls flat inside her ribcage. Her hand moves back towards her own lap and she hunches as though to fold into herself.