Love You, Love You Sweetie 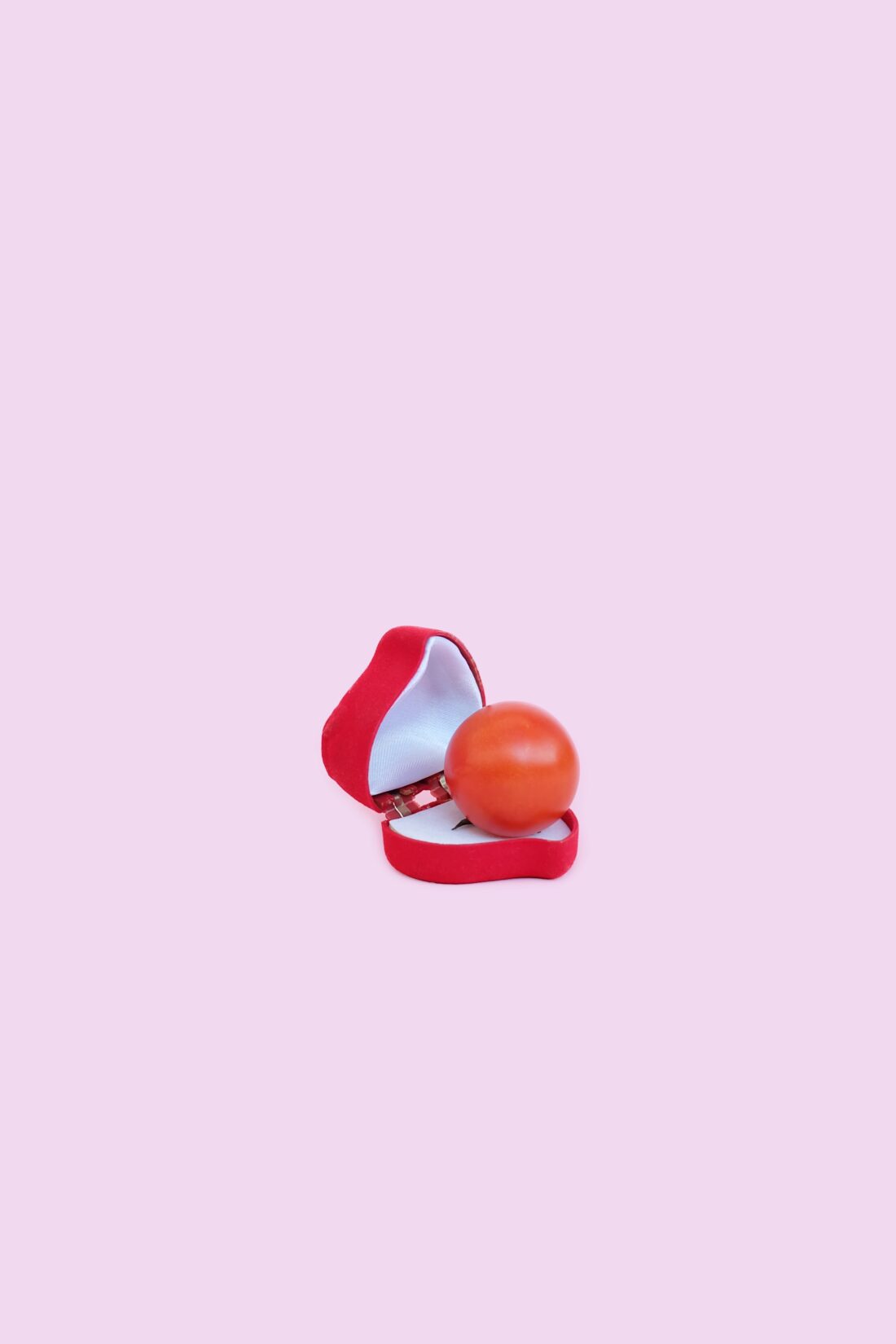 Where is he? In the phone. This is where you meet your lover, a flesh-and-blood ghost running round the other side of the world, for you and BF exist in that subset of youth with improbable wealth, European student grants, trust funds that will burn, the lucky few who can whet their appetites for the world.
And what a use of funds, you think, looking out the Tokyo Starbucks window. You know, that Starbucks, the squat one in the shadow of the rail. There was another by a bookshop but BF insisted, No, this way. To backtrack – to scroll away from the matter-at-hand – when you arrived in the capital, BF’s first order was to head to that bookshop proper, near the insignificant Tokyo Starbucks, and collect a specific tome. The store was bright and cube-like, -like because it still held unexpected vertices and corners. Crystal-clear-cut, from shelf to window, so the book was easy to find, pure and red. No outside lettering. You opened it the wrong way (foolish foreigner). You could not read the language but neither could BF.
If you had your card, contactless would make this purchase effortless, without verbiage, but that went against the rules of this relationship. So in the queue you prepared to thrust notes of vague origin, currency from the slashed lining of a train pillow, at the cashier, in faith. The chime of an opening tray. Change trickled into her hand, like the sound of broken glass. The shining trough clamped shut. She spoke perfect English – have a nice day.
The things for love. The things bought, the things crossed.
It looked like a collection of love poems. On page 142 of the red book was the Starbucks address, scrawled in English. And :).
The barista brings BF’s coffee to you, shaking (BF is a very powerful lover). Instead of a name scrawled on the white cardboard there are other English words:

Message me when you get it.

Then twenty-seven minutes later, after using that knife on material again, you open your phone to type.

I have your money asshole 🙂

Only outside gurl 🙂 No feistier than you 🙂

Then what? 🙂 New message at the airport? 🙂

Duh 🙂 You’re getting good at this 🙂

A laughing face formed in the corner of your message like a yellow bubble.
You sip your coffee while walking. Out to the Shinjuku backstreet bars, left turn when appropriate, walk a bit, then come down south on Piazza della Trinità dei Monti, to find the Starbucks of Rome.
Though – again, please – to expand, to take a deep breath of the whole city in aerial view, ballooning towards a specific building, the dustbowl of combat. Colosseum. Empty. Bullfighting is strictly taboo, much to BF’s disappointment, because he would have liked you to witness muscle wrangled to the ground. Wrong country anyway, you explain. That’s Spain. Your lover responds, Shut up bitch :).
You take a selfie by the Spanish Steps. Swoop the phone up, neck craned for the angle. Sun hits your shaded glasses just about right. Insert post-ironic scowl, here. Rome is beautiful this time of year!!!!!! Add rose icon, add man bleeding from heart-shaped eyes icon, add icon of said bleeding eye, enlarged. No filter.
BF can respond quick when he wants to.

I see you’re not in Starbucks 🙂

Was there ever a Starbucks of Rome? Surely, somewhere out there, in the suburbs or something. It was a concrete imperative; it was the kind of place you’d send a visiting alien to calm them down after witnessing the sheer multiplicity of Earth.
Still, wandering far along the streets of central Rome, nothing of the green sort cropped up, hidden in beautiful buildings that used to have a purpose. You were going to sweat. BF would never lie, not like this specifically, not without good reason, constructive reason.
The name had changed to Druid’s Den. It was along a simple eastward arc by Via delle Quattro Fontane. It was the dead of afternoon, 3pm, hot sun persisting. Eight screens with two sports – an Irish bar. Half were vast, the others not. All showed the same programme, the match coming to an end. Large on some screens, small on others. You crossed the two patches of vision in your head, glancing between each machine, content.
Confidence Man played on the radio. My boyfriend wants to talk… my boyfriend talks too much… too much about our love… our love is not enough. You order a pint of Guinness and piece the song into reason.
The bar-lady passed over the pint. A jaundiced post-it was stuck to the icy side.

This is a shit bar. You should have found a Starbucks. Try harder. I expected more from you.

Money is in a travel agency called Overcome, on Via Tunisi. Spit in the Vatican for bonus payment.

You down the pint and become a body full of froth. Then make your way.
When BF said “in a travel agency” he meant the money was behind the till. Though by the time you got there it did not matter. Both agents lay limp on the floor. Red zig-zagged through their throats. Spelling errors. Glossy crimson went Rorschach on the floor.
You stared at the blood for a while until the two turned definitely dead. You were trying to decipher what the blood spelled out. It must be personal. BF was probably screaming Move, move bitch, go to the Vatican, but you couldn’t help but wonder, what was this? What should we think of this? Where do you want to go?
Another country. Somewhere sunny, dry and hot, with a big jolly group. The third ring of the seventh circle.
To the Vatican. This bit was easy, there were lots of QR codes for navigation. You did not have a headset but you did have cardboard goggles. You looked up at the speckled dome, hand-painted, giggly ugly cherubs clutching trumpets. You spat on the ground. Nobody noticed; nobody recognised the splat. You put the phone down.
The money was at the Fontana dell’Aquilone. A binbag billowed in the water, full of what you needed. You lunged in and pulled out the sodden reward. Ripped with your fingers. Wads and wads of cash. Who would have expected them to be waterproof?

What the fuck are you talking about 🙂

Yeah I guess so

You celebrated the spitting with a well-tested formula at the Place de Passay McDonalds. The food gives you a just-near-full sensation, the kind of kinda-satisfied that makes you want to buy another meal, cheese bites or something, the breadcrumb and mozzarella etc., just to get through the sensation, the ghost of hunger, into bloat.
(You know it will just be returned to the piss-stained streets in the form of bile, don’t you? You know this more than any other body in the store.)
Between texts to BF you stare out the window. This McDonalds was on the tip of a T-junction, the reversed cross of Rue Bois le Vent penetrating Place de Passay with its traffic at the point of change, just as it metamorphosed into Rue Duben. A pharmacy’s green plus sign stained the night with endless tessellation.

What do you see bitch 🙂

Nothing much it looks pretty empty

Ok but there are no people not many at least

Yes but think of the ghosts

I never thought of that

What is to come

Down dog 🙂 I need my secrets 🙂

Ha ha okay I will wait

You have no choice 🙂

It took ten minutes to wander into Las Ramblas. Barcelona was difficult because it was a Catholic holiday so everything was closed and Wi-Fi for the most part locked its blue fans away from foreigners like you. There were brief mercies, moments where you got through to clear directions. Waiting outside public stores and places, typing out hyper-personal information (name, address, credit card number, you had to check BF’s email for that one) options contracted and widened like cards in mid-shuffle. Grey circles tried to bite their own tails.
Then, thank fuck, blue tick. For however long. Enough for one wee download, so this terrain could be viewed offline. Grid observed off the grid.
It was not fine but serviceable until the application crashed. You were waiting outside the umpteenth restaurant hoping this would work when, no, though this time the app went one further and froze itself fully.
You found this hard to understand. It was unnatural for personal devices to falter in the heart of people. In despair you wandered up and down for hours, soles bleeding, until sunlight stabbed through the sky. Message from the lover.

A laughing face formed in the bottom of your message like a yellow pustule.

You stumbled into the Starbucks on Copthall Street just as it opened. Customer number one. Congratulations. The barista sighed and passed over your order.

You know what to do, not me.

Then he came over with a knife. You stared at it for a while. Maybe you were fascinated by the shine? Surely you weren’t scared, after all you had been through.
You logged on to the Wi-Fi. The hyperlink’s address, squat in the search-engine, was indecipherable – not only to you, the customer, but also to itself. American images of Strawberry Donut and Cookie Cream staggered up. A dark green Done button.
Splaying out a hand you started to casually stab the gaps. The point hit the table with a satisfying thrum, way heavier a sound than the expected (metal never felt so nimble).
You get bored. You go to the toilet. The Puppy filter flickers up. You see your face flit between two smeared mirrors in the bathroom. Neither ring true. The Wi-Fi does not reach this far and Puppy disintegrates. This, you think, leaning against the wall, knife facing the eye, this is the safest place. This is a place of great relief and chemical smells. You are safe from love here. No more globe-trotting, no more food, no more beautiful vistas, no more breath-taking unbelievable must-see once-in-a-a-lifetime superlative ancient buildings a spit away from dust.
You hear a heartbeat. It is not yours. You feel you are being filmed. I do. A marriage in the ring of an eye. The pulse of broadband, speeding and slowing. Then the phone died.