I’ll Be More Together | This Big Bed | Observe The Blood 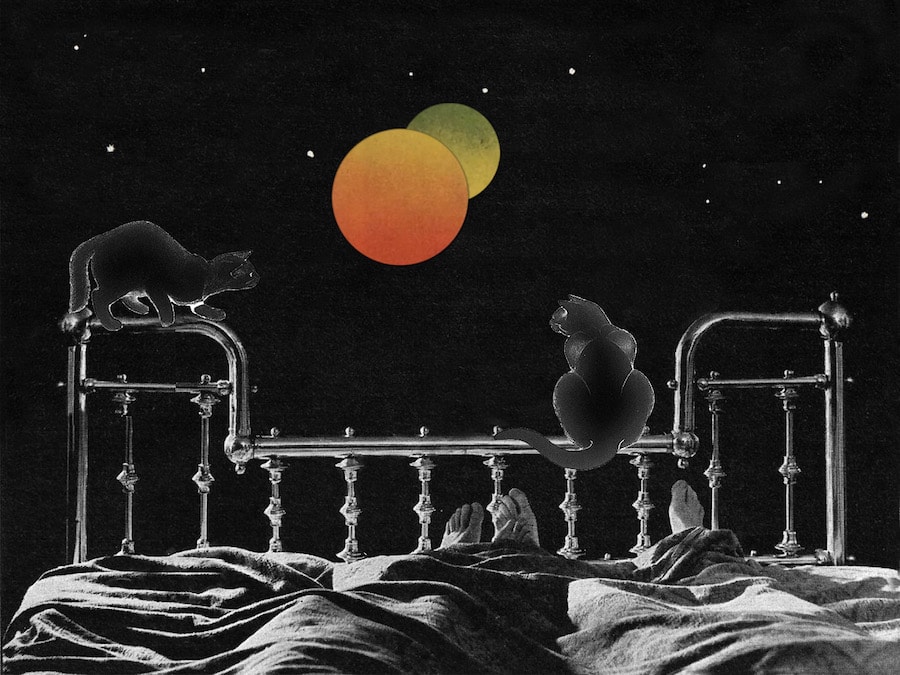 I’ll Be More Together

This Big Bed Is Where I Never Leave

All the drones like her. Men try to fight them with bats or broom handles, wind up with holes in their necks. She smiles at the whir of metal, knows what ashen skin in a red dress can do to tiny green eyes. A swirl of confetti slips through her window; raindrops fall indoors. She keeps hearing the music after it stops, keeps twirling while the wind kneads her hair.
At times the machines aren’t sure about her. She can get bored, turn colors to binary. When the machines read black and white, they slip into sleep mode. Even in their weakened settings, her smile never leaves her face, body never leaves home. Good attention and bad attention sleep on the same silk sheets, no need for elsewhere when the camera makes house calls. She is nonstop movement, a voice that pushes the range before it forgets to breathe. Her inevitable rush of pink on white will lift their heads, call them back to their calling.
*Title is a lyric from “Like the Weather” by 10,000 Maniacs (#68 on Billboard Hot 100, 1988)

Observe the Blood
Friends couldn’t keep up with her. It’s one thing to be supportive, another to watch her turn from man to woman to man to woman to doors that open when she falls backward. She loved music but never sang along, fearful the wrong voice would come out. Mirrors had to go. She obscured them with posters of movie stars, posters that looked the same from any angle. The gangster’s moll blew smoke that never lifted. She came up with a plan to make someone just like her, tearing down the posters, gluing them to life-size cardboard. The stars would skip, man-woman-man-woman, pages of a flipbook covered with doors. Motion would smolder in tuxedos and gowns. When she was done, her heavy twin could barely stand up, leaned against the window like a stalker of stalkers. Now people peered in again, stared at something that didn’t scare them. They rang the doorbell. She stayed one way long enough to keep them from scurrying. Everybody understood, lifted the leaden object, let go in unison. They watched identities run into themselves as the welcoming doors kept them inside.

Daniel M. Shapiro (@DanielMShapiro) is a special education teacher who lives in Pittsburgh. His book of celebrity-centered prose poems, How the Potato Chip Was Invented, is available from sunnyoutside press. To read more of his work, please check out Little Myths (http://littlemyths-dms.blogspot.com).